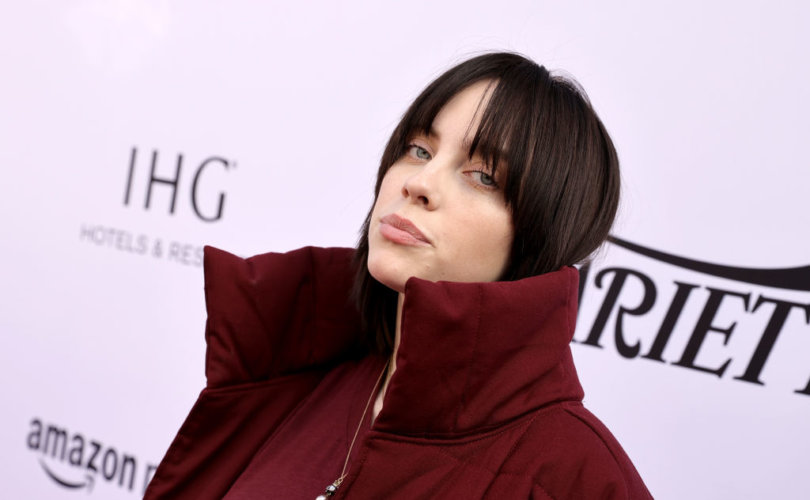 We do not yet live in that civilization (can we still call it that when pre-teens are watching violent gang-bangs as a matter of course?). But people are beginning to sound the alarm, as I detailed in a column in this space literally this week about child welfare workers warning that children were being twisted by ubiquitous violent pornography.

In the recent song “Male Fantasy,” Eilish condemns pornography and notes its impact on girls, saying: “Home alone, tryin’ not to eat/Distract myself with pornography/I hate the way she looks at me/I can’t stand the dialogue, she would never be/That satisfied, it’s a male fantasy/I’m going back to therapy.”