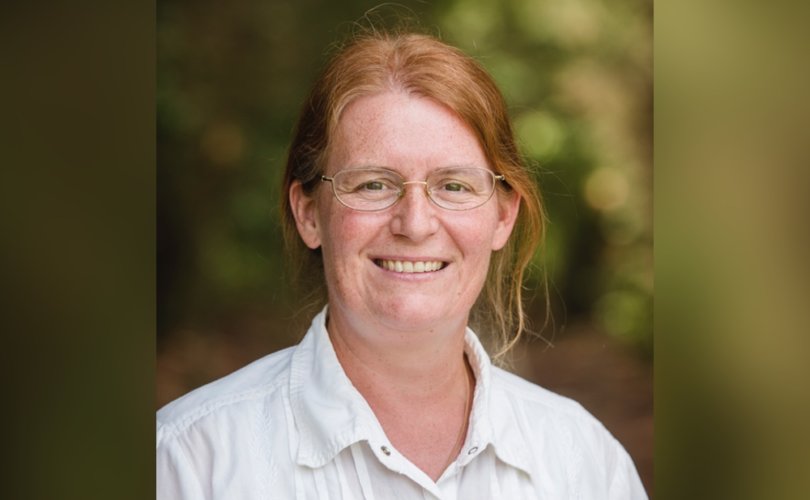 October 3, 2018 (LifeSiteNews) – An Italian organization of sex abuse victims has accused Pope Francis and those who work closest with him of failing to “intervene” in Italian cases where they knew of clerical abuse.

On 2 October, the Italian organization of sex abuse victims Rete L’Abuso, or “abuse network,” together with the international abuse victim organization Ending Clerical Abuse (ECA), hosted a press conference in Rome. According to a Kath.net report, Rete L’Abuso's president Francesco Zanardi accused both the Vatican as well as the Italian government of gravely negligent omissions in this field of sexual abuse.

“It’s been dramatic and disastrous,” he said, adding “His commitment to ‘zero tolerance’ is only on paper and for the TV cameras.”

In four concrete cases, the Pope had been informed about the abuses of Italian clergymen, or those who covered-up for them, without his then taking steps against them, said Zanardi at that press conference.

One case involved abuse allegations against Father Mauro Galli in Milan. The priest was transferred by Milan Archbishop Mario Enrico Delpini to another parish — in Legnano — and put in charge of youth ministry. The priest’s conduct and the Archbishop’s handling of it were reported to the Vatican on several occasions, Zanardi said.

“Despite this,” he went on, in July 2017 Pope Francis made him [Delpini] the archbishop of Milan” while having detailed information of his background in covering-up for this abusive priest.

Rete L’Abuso laid out three other Italian cases that they say Pope Francis was aware of and took no action. Reported Crux:

Zanardi is of the opinion that the State should investigate ecclesial abuse cases. For that to occur, however, the Lateran treaties between the Holy See and Italy need to be altered.

However, often it is the case that even state institutions act in a way that protects the Church, the speaker continued. Therefore, he calls for an independent inquiry commission according to the model of some other countries. For Italy, Zanardi estimates that some 300 ecclesial offenders are now said to have committed sexual crimes.

When LifeSiteNews reached out to Rete L’Abuso for more information, Simone Padovani explained that the organization has no political affiliation and that its main purpose is to work so as to “stop all the cover-up!” and, for sure, not to “tell the Church how to manage her priests.” (The organization has received, however, for one of their events the hospitality of the Radical Party in Rome.)

Upon request for more information also with regard to this organization's accusations against Pope Francis, LifeSiteNews received from Rete L’Abuso a link to an article written in English by Zanardi himself. In that article, he covers in more detail his allegations against Pope Francis and the Vatican with regard to the ongoing cover-up of sexual abuse.

In this article, Zanardi makes it clear that the Church's approach to sexual abuse is still deficient in the way that it only looks at these crimes quite abstractly as a “crime against morality” and not as a “crime against the person.” This deficient concept leads to the Church's not opening herself up to “civil interventions toward [on behalf of] the victims,” he argues. His organization is now working with the United Nations in these matters. It is important to note that he speaks mostly of pedophilia, and not of homosexual abuse, on the part of the clergy.

In his article, Zanardi also discusses the “Court of Bergoglio” and its cover-up of sexual abuse. He specifically names many of those whom he claims are involved. For example, the Italian points to Cardinal Luis Ladaria Ferrer who currently heads the Congregation for the Doctrine of the Church (CDF). He claims that the Cardinal “is certainly not the person most suited to that charge who in fact boasts over the years [about] a significant recidivism in the firing and protection of pedophile priests.”

Becoming more detailed, Zanardi says: “One of the cases that made the most clamor is that of Don Giovanni Trotta who in 2012 was reduced to the lay [state] laical and Ladaria who in a decree, ordered silence 'to avoid scandal among the faithful.' So the ogre violated other children undisturbed. In the CDF, Ladaria treated dozens of other cases, all unresolved in at least, regarding justice for the victims.”

After his being appointed as the Prefect of the CDF on 3 July 2017, explains Zanari, “we immediately see Ladaria working to cover-up alleged abuses of the pope’s altar boys.”

“Even here there is no solution indeed. The alleged molester, Don Gabriele Martinelli, was not only not even suspended, but in 2018 he even collected reservations for the spiritual exercises of the [religious association] Opera Don Folci, which was attended by the same Ladaria [Ladaria was a speaker. See here a link to that event]. A few days ago the news passed quietly in Italy, where Ladaria was sued in Lyon [along] with Cardinal Philippe Barbarin and five others [here a link to the story]. A process that could be avoided because Ladaria is not in France and the Vatican has not yet given any answer on its participation in the trial that will be held next January.”

Martinelli, according to one report, was a student at the Vatican's St. Pope Pius X junior seminary under Pope Francis when he is said to have abused boys as young as 13 years old. Nonetheless, he was ordained – in spite of warnings – in July of 2017. However, the Vatican denied the allegations in November of 2017, claiming that they were unfounded. One specific victim claims to have been abused by an older boy in the pre-seminary from age 13 until 18. That abusing boy could be identified as a priest now serving in Como, according to the Avvenire report.

As the Vatican specialist Nicole Winfield reported in November of 2017, the Church had put strong pressure on those who went to the public with abuse allegations concerning the abusing student and later priest. However, even a high-ranking clergyman at one point admitted that he believed the allegations. As Winfied says: “However, [the journalist Gaetano] Pecoraro interviewed the Como vicar who handled the investigation, the Rev. Andrea Stabellini, who confessed when he thought the camera wasn't filming that he had recommended the investigation continue because he believed there was sufficient evidence offered by the boys. He was overruled. In an interview with AP, Pecoraro said he had since come to learn that diocesan and other church officials were pressuring Stabellini to recant.”

As Rete L’Abuso's speaker Simone Padovani informed LifeSiteNews, that his organization has already informed Monsignor Enrico Radice (the former rector of the pre-seminary at the Vatican where the Pope's altar boys live) and Bishop Diego Coletti (Como), as well as the religious association Opera Don Folci – with whom Don Martinelli is currently working – that a penal process will be started with regard to abuse allegations against Don Martinelli, who still this summer organized events for that religious association which has affiliated nuns and priests and which is located in Como, Italy. The Opera Don Folci runs the pre-seminary St. Pius X, and in 2015, it honored Monsignor Enrico Radice when he left his position after twelve years as the rector of that seminary. This pre-seminary is a place for 11-18 year-old-boys who go to a nearby Catholic school and otherwise also help with the liturgical service at the Vatican.

Among the members of the “Court of Bergoglio,” the author also points to Cardinal Domenico Calcagno, the “protector of the pedophile priest Nello Giraudo who helped in the election of Bergoglio.” At the 2013 Conclave, Zanardi – who had himself been terribly abused by the now-convicted Father Giraudo – made his own public appearance in Rome calling for the removal of Cardinal Calcagno who had been complicit in the cover-up of this protracted clerical abuse, according to Zanardi. He was able to have some access to Vatican documents which showed that Cardinal Calcagno had asked the CDF's Prefect, Cardinal Ratzinger, for advice, making it clear that he already knew of the abuse. However, according to Zanari, Calcagno nevertheless kept this abusing priest in places where he also had access to children.

As a CNN report has it: “Further documents reveal church officials were aware of [Father] Giraudo's crimes from as far back as 1980. On 29th March 2010, [Titular] Archbishop Ladaria of Thibica wrote to the current Bishop of Savona, Vittoria Lupi. It says Giraudo 'was reported in 1980 for abuse of minors' and that Giraudo admitted his own 'pedophile tendencies' to the Vicar General of Savona in 2002. Despite all this, it took more than 30 years before the Church forced Giraudo to write a letter of resignation on March 27th, 2010.”

Zanardi also names “Archbishop Mario Delpini and his colleague Pierantonio Tremolada, who tried to cover up the case of Don Mauro Galli and, again, Bishop Diego Coletti and his colleague Angelo Comastri, collaborators of the alleged abuses of the pope’s altar boys.” He also names Cardinal Crescenzio Sepe, “reported for the cover-up by the alleged victim on the basis of the Motu Proprio of Bergoglio, who never intervened.”

Zanardi concludes this part of his essay – which also deals with the Italian government's deficient handling of sexual abuse – with the statement that “Bergoglio collects accusations from one pole to the other on the planet, even if the Italian newspapers do not speak of it, he did not intervene in the case of the Veronese priest Don Nicola Corradi [see here a report on this case involving Pope Francis] and now 'the pope of transparency closes in silence,'” he said, finally “debunking the myth” that he is for “zero tolerance, which has never been there.”