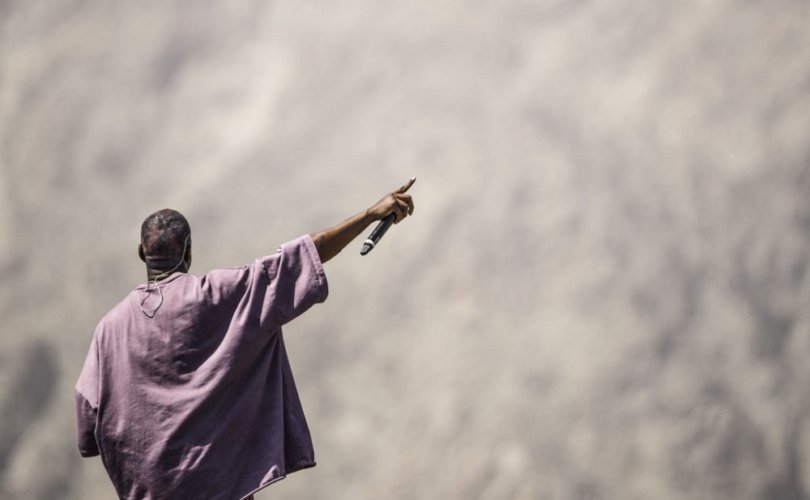 Update July 9, 2020, 10:28 A.M. EDT: Kanye West tweeted and then deleted a screenshot of a Google search for “what does a 6 month fetus look like.” Along with the now deleted image, he wrote, “These souls deserve to live.”

July 9, 2020 (LifeSiteNews) — I’ve always been skeptical of the “pro-life celebrity.” Not because I don’t think that celebrities who sincerely oppose abortion don’t exist, but because I believe celebrities are both unreliable and often undesirable advocates. An artist or actor may oppose abortion while creating sexually-charged entertainment that contributes to the degradation of our culture, for example. Or, as in the case of pop stars like Selena Gomez (who swapped her purity ring for abortion bling) they discard their previous views due to industry pressures or peers.

Pro-life celebrities generally fall into two categories. First, there are those oppose abortion for profoundly personal reasons. Jack Nicholson, for example, discovered later in life that his “mother” was actually his grandmother and that the woman he thought was his sister was his mother, who had been pressured to abort him. As a result, he noted in one interview when asked about abortion, “I’m positively against it. I don’t have the right to any other view.” Similarly, singer Celine Dion was her mother’s fourteenth child, and initially considered an abortion before being talked out of it.

Justin Bieber’s mother was also pressured to abort him, and he has stated that he thinks abortion is “like killing a baby.” Martin Sheen’s wife was conceived through rape, a fact which he has referenced with regard to his anti-abortion views. Despite this, Sheen is a dedicated Democrat, and it is important to note that many “pro-life celebrities” still vocally support pro-abortion politicians.

Discovering just how close one came to becoming what Christopher Hitchens has referred to as a “forgotten whoosh” often makes it impossible for people to regard abortion as a simple matter of rights or healthcare. A near miss can be morally clarifying.

There are also those who are pro-life as part of a larger worldview. Patricia Heaton, who often shares pro-life content on social media, is a Catholic. So is Mel Gibson, who has shared his pro-life views in interviews (and has also contributed financially to pro-life work in the past.) Hollywood’s handful of conservatives are generally pro-life as well, including Jon Voight, Tom Selleck, and Chuck Norris. Conservatives, of course, are becoming even rarer in Hollywood in the wake of the Great Awokening, which is accompanied by purges of those with even liberal sentiments.

And then there is Kanye West, a man who defies all categories. On Independence Day, he announced that he is off the Trump Train and running for president of the United States, although thus far no campaign has materialized (he says he will be running for “the Birthday Party,” because “when we win it’s everybody’s birthday.”) Back in 2011, West tweeted that “An abortion can cost a ballin’ n**ga up to 50gs maybe 100. Gold diggin’ b**** be getting pregnant on purpose,” later clarifying that “it ain’t happen to me but I know people.” Then, an interview for his latest album, he criticized the Democrats for “making us abort our children.”

Last week he expanded on those views, telling Forbes that “Planned Parenthoods have been placed inside cities by white supremacists to do the Devil’s work,” a reference to the racist and eugenicist history of the American abortion giant. “I am pro-life because I’m following the word of the Bible,” he added. Planned Parenthood’s director of Black Leadership and Engagement responded by stating that the “real threat to Black communities’ safety, health, and lives stems,” among other things, from “the criminalization of reproductive healthcare by anti-abortion opposition.”

It is unquestionably good for the pro-life cause that a man with such an enormous platform is using it to call out the American abortion industry, as West reaches an audience that pro-lifers have often had difficulty reaching. With that said, pro-lifers would do well to be cautious. West is notoriously erratic, and a lot of his ramblings can end up being pretty weird.

In a culture obsessed with celebrity, there is a huge temptation to immediately promote and embrace any famous person saying some of the right things. While encouraging and affirming those things is essential, we shouldn’t give these folks the status of moral leadership overnight. West in particular has gone on a roller-coaster with regard to many of his different views, and his reliability, despite hopeful indicators, remains to be seen. We should not make celebrities — even those going after the abortion industry — into our heroes.

Jonathon’s new podcast, The Van Maren Show, is dedicated to telling the stories of the pro-life and pro-family movement. In his latest episode, Abigail Shrier, the author of Irreversible Damage: The Transgender Craze Seducing Our Daughters, join Jonathon to discuss the explosion of teenage girls identifying as transgender. They also discuss how the trans movement is destroying an entire generation of girls and how this sinister ideology has spread so quickly.