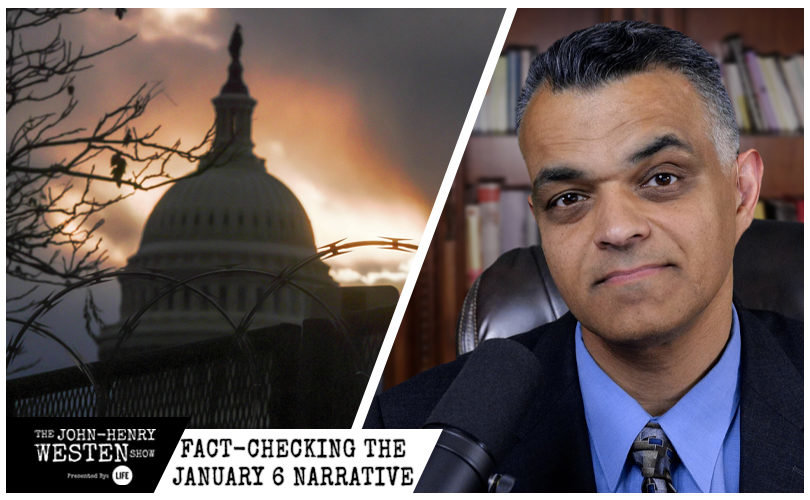 July 14, 2021 (LifeSiteNews) – The most incredible part of the entire “January 6 was an insurrection” narrative has been how it’s led to severe persecution of conservatives and pro-freedom Americans. LifeSite journalist Patrick Delaney has done an in-depth and explosive report into the Capitol riot, including the players involved, such as governmental agencies and Trump-supporting citizens, the latter of whom continue to be targeted for so-called domestic terrorism.

I brought Patrick on The John-Henry Westen Show today to discuss and analyze this story and to debunk the false “insurrection” angle pushed by the mainstream media, which he said has been used “as a justification for ever more intrusive infringements upon civil liberties.”

Patrick told me how the “Stop the Steal” rally on January 6, 2021 in Washington, D.C. was peaceful and prayerful. But, according to eyewitnesses on the ground, it was infiltrated by agent provocateurs dressed in “militant-like” clothing to instigate conflict. However, he noted how this element “was very much a minority of the crowd.”

He further said that these people were part of a “prearranged plan to storm the Capitol building and to manipulate the unsuspecting crowd as cover and as a ‘follow on force’ into the Capitol.” He stated that prior to the event and on the day of, police failed to secure the Capitol in advance. Video even shows them letting people enter the building.

But despite this, a furious campaign against the Trump supporters who innocently walked into the Capitol has been launched for months. Patrick highlighted exactly how these freedom-loving patriots have been treated, and said that “they are being tortured for their political beliefs.”

He mentions that it’s very possible that among these agent provocateurs were FBI operatives. In fact, the FBI actually suggested they knew, prior to January 6, that a “planned attack” would happen.

“It's been documented how the FBI uses entrapment and often encourages sort of hapless, often maybe even mentally deranged people to commit crimes, and then they swoop in, and they ‘save’ everybody from terrorism,” he said.

Our conversation concluded with Patrick calling on people to seek spiritual help and guidance. “We need to pray and we need to work together and ask the Lord's protection and the Holy Spirit’s guidance in how to engage [with] these serious injustices that are happening.”