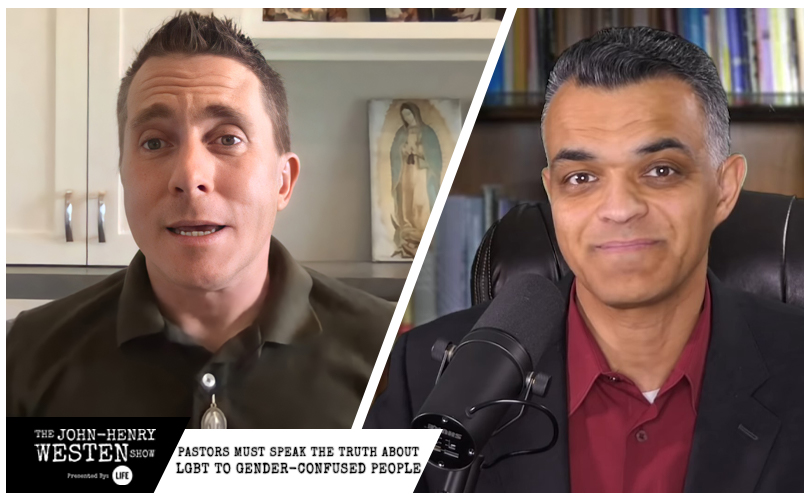 Jason Evert: How Catholics should handle the transgender issue

May 6, 2021 (LifeSiteNews) — Over the last decade the radical left has taken increasingly extreme, and desperate, measures to normalize its perverted agenda. Drag queen story hours, boys competing in girls’ sports, and parents being denied their right to raise their kids according to their biological sex are just a few of the deeply disturbing measures they’ve endorsed.

Jason Evert, an expert on the Church’s teaching on chastity and sexuality, joined me on my podcast The John-Henry Westen Show this week to discuss gender and share what he thinks the LGBT movement has in store for the years ahead.

“I feel like the devil is making a run for it,” he told me. “I think what’s going on here is what Vatican II said, that when God has been forgotten, the creature itself grows unintelligible.”

He’s absolutely right. Jason is one of the most well-known pro-chastity, pro-life Catholic speakers in the United States. He has given hundreds of talks to teenagers, churches, and conferences across the world. At times, he’s been cancelled because of his unflinching dedication to speak the truth about gender dysphoria and human sexuality.

Jason told me that people who think they are in the wrong body should be treated not with contempt and mockery but with sympathy and accompaniment, but not the sort of “accompaniment” preached by the likes of Fr. James Martin, which fails to remind people of the truth about our bodies. Rather, they need the type of accompaniment that brings them closer to God.

“People who experience gender dysphoria…deserve our respect, our compassion, and our love. But, in my opinion, if you love someone, you can't lie to them. And it is not love to allow someone to believe a delusion…we need to take an interest in their entire life, not simply their gender dysphoria.”

Jason and I agree that clergy, especially Pope Francis, needs to be clearer on and affirm the church’s teachings on sexuality and gender. Previously, Francis shockingly welcomed a transgender couple to the Vatican in 2015, even using their preferred pronouns.

“Unfortunately, for whatever reason…priests just aren't touching this from the pulpit,” Jason told me. “Pastors really need to come out and give the truth even to the little ones…what we really need here is clear and consistent teaching.”

Jason has worked with persons who have suffered from gender dysphoria, including Walt Heyer, a man born in 1944 who underwent sex reassignment surgery but today speaks out against the practice, calling it “the greatest medical fraud in history.” Jason helps Heyer and others get the truth out about gender while also reminding Christians to not browbeat people who don’t fall into typical male-female stereotypes.

“We need to be bold, because what's going on in the world right now is almost for the first time ever, the whole institution is thoroughly collaborating with mental illness instead of treating it.”