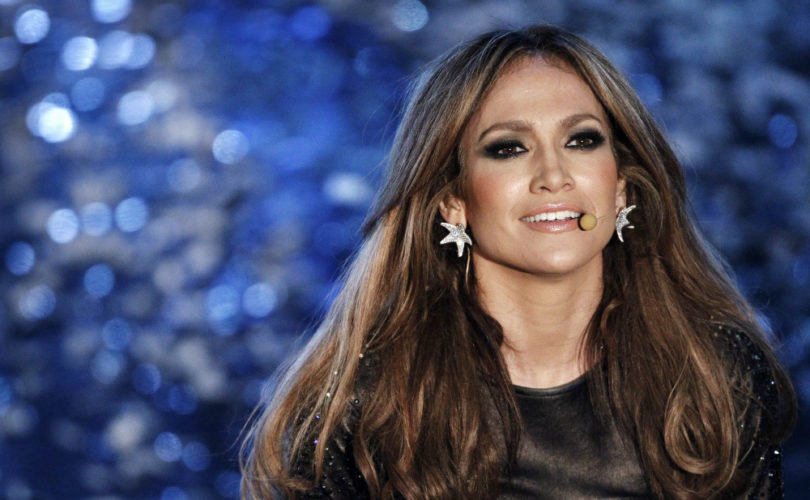 I was flipping through the channels on the TV and caught about five minutes of the Golden Globes. What I caught in that short amount of time was very revealing (pun intended). Jennifer Lopez was presenting with Jeremy Renner and she wore a gown that had a plunging v-neck in front. Although the gown and camera angle didn’t leave much to the imagination, what was even more revealing was the hypocritical situation that followed.

Renner recommended Lopez open the envelope to disclose the winner, to which she responded, “You want me to do it? I have the nails.”

Although Renner’s words were in bad taste, so was Lopez’s choice in dresses. Yes! I said it! Her dress was downright scandalous, yet if someone dare mention it, we are the ones who will be put down for not allowing someone’s freedom of expression.

He then retorted with a comment that has now been called “sexist” by media sources: “You got the globes too.”

It was clear that Lopez was surprised and gave a small, displeased look to Renner. Then, she playfully hit him with the envelope.

In comments below a Fox News article titled, “Jeremy Renner mocks JLo on stage at the Golden Globes,” people had differing opinions about the transgression. I include a few below.

“This is why feminism has lost its potency…You dress like this and act victimized when someone comments on it? I was a true advocate for feminism (equal rights). Now it is a total turn off…”

“She dresses like that and gets mad at the comment? You women are screwed up in the head.”

“Jeremy Renner's comment was in bad taste. Jennifer Lopez is a beautiful woman who should not have been subjected to such a disrespectful comment. No one should make jokes or crude comments about a woman's body, no matter what they wear.”

“I am a 40 something guy, who makes a point to comment on complete stranger's cleavage when I get the opportunity in the store or wherever.  Most of the time they just stare at me in disbelief.  If you are putting them on display, I figure you are open for comment.”

Although I do agree with the third comment that Renner’s words were in bad taste, so was Lopez’s choice in dresses. Yes! I said it! Her dress was downright scandalous, yet if someone dare mention it, we are the ones who will be put down for not allowing someone’s freedom of expression.

Why does someone else’s desire to expose parts of their body trump people’s freedom and desire to maintain their innocence and purity of mind and soul?

Our freedom and our children’s freedom to preserve our innocence and morality is being trampled on with every star who chooses to dress like Jennifer Lopez on the Golden Globes, or on a billboard when we are driving down the street, and every other place where we are caught off-guard while doing our daily activities.

Now, don’t get me wrong, I fully expected that the Golden Globes would be inappropriate.  It’s Hollywood! I turned the TV on to watch something else, with no intention of seeing the Golden Globes; but I am glad I saw what I did. It was just another reminder to me about how backwards things are when it comes to what offends people. Jennifer’s outfit was just as offensive as Renner’s comments. Seeing this snippet on TV showed me how much more work must be done to educate and inspire virtue and values in our society.

The first comment I quoted above suggests Lopez acted “victimized” and slightly offended by Renner’s remarks. Here is one truth I have come to know: virtue attracts virtue, and a lack of virtue attracts a lack of virtue. Lopez lacked virtue in her appearance and it attracted a comment that was equally lacking in virtue. I’m not condoning either, but simply pointing out what is so obvious.

Equally, Renner and the last man whose comment I quoted above violate our freedom to preserve our innocence and morality because they willfully choose to objectify another person for selfish gain and shock-value. As the old saying goes, two wrongs don’t make a right. Each of us must fight to safeguard our dignity and the dignity of others in how we dress and in how we speak.

In conclusion, as a woman, I relate more to Jennifer Lopez and would like to offer her my words.

Jennifer, as your Catholic sister in Christ, I’m asking you to refuse to unveil the mystery of who you are and be an example of integrity and virtue instead of an example of scandal and revealing clothing. You are an incredibly beautiful woman who gains nothing by revealing it all. Although you intentionally chose to draw attention to your body, Renner’s comment irked you because it didn’t correspond with the deepest desire of your feminine heart, which is to be respected. Your response indicated your discomfort.

A woman may intentionally choose to wear a short skirt to reveal her legs, but the moment a wind blows, she instinctively positions her hands to cover herself. Modesty is a natural feminine instinct. When we dress against what is natural and someone notices or makes a crude comment, we feel violated, as we should. For your sake and for everyone who encounters your beauty, safeguard your dignity in the way you dress and leave hidden what should remain hidden. Instead, allow the fun and joyful personality this world has come to know you for be the most revealing thing you offer people.