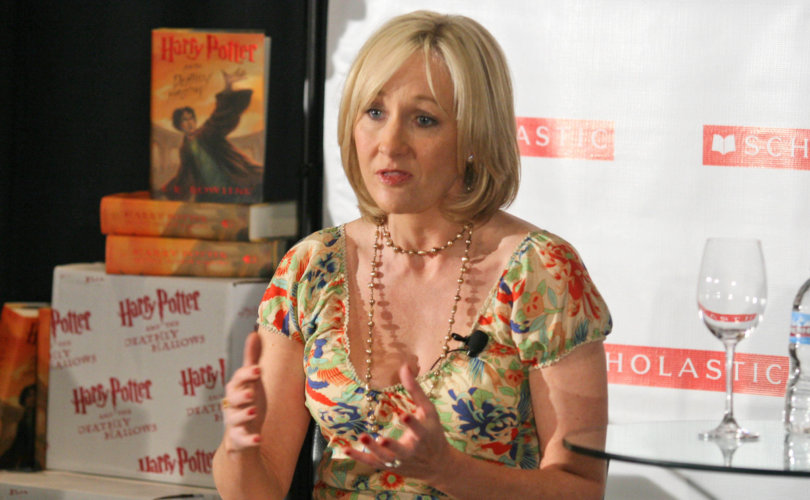 July 6, 2020 (LifeSiteNews) – It appears that the war of words between J.K. Rowling and trans activists will not be resulting in a ceasefire anytime soon. Since the publication of her essay explaining why she is opposed to many of the aims of the transgender movement (while emphasizing her support for many aspects of the LGBT agenda overall), trans activists have been trolling her page with increasing hysteria and vitriol. Even a tweet Rowling sent out to encourage a child with cancer was immediately swarmed by trans activists, demanding that the heretic recant.

Yesterday, Rowling spoke out again, tweeting in part that “Many health professionals are concerned that young people struggling with their mental health are being shunted towards hormones and surgery when this may not be in their best interests. Many, myself included, believe we are watching a new kind of conversion therapy for young gay people, who are being set on a lifelong path of medicalisation that may result in the loss of their fertility and/or full sexual function.”

To back this up, she tweeted a recent BBC investigation into the Tavistock Clinic, which features the concerns of many former employees.

In response to all of this, trans activists launched the hashtag #TransPeopleAreRealPeople, with thousands of tweets condemning Rowling and many people posting personal stories and photos of themselves before and after transition. In tweet after tweet, the assertion “trans people are real people!” was bandied about as if that were the fact being questioned.

I don’t want to review the entire J.K. Rowling brawl here, as I’ve covered that extensively in previous columns. But I do think it is important to point out that trans activists are once again doing what they do best: Gaslighting the public. Rowling has made some important critiques of trans ideology, and she has done so from a pro-LGBT, feminist perspective. Her views have been formed primarily by her discussions with members of those progressive communities. She is not a social conservative, and she has no objections to nearly any of the tenets of the Sexual Revolution.

How, exactly, could we have a debate about trans ideology with people who don’t exist? This argument is simultaneously nonsensical and, of course, accepted at face value by most of the media establishment. By claiming that our objections to their ideology constitute “erasing” people, they make even mild divergence from their views (like Rowling’s) appear to be somehow dangerous, or even violent. Speech is violence now, according to many progressive activists. And thus it is easier for them to pretend that their opponents, who are responding to their assertions, are actually saying that the very folks they are responding to “don’t exist.” That is a much safer avenue of attack than, say, explaining why tens of thousands of girls are suddenly identifying as boys.

Unsurprisingly, trans activists don’t want to have those discussions.