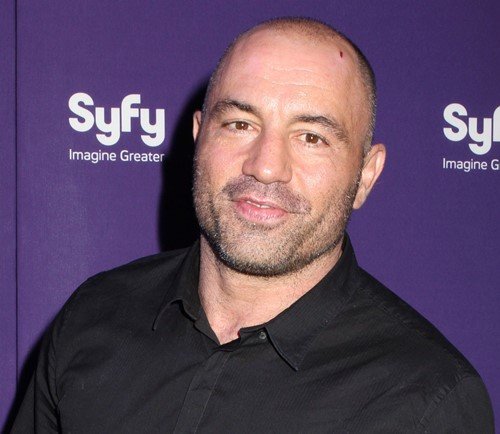 (LifeSiteNews) – Joe Rogan has come under fire after being accused of spreading misinformation about the risk of myocarditis in young people after receiving a COVID jab.

During an episode of his podcast last week with Australian Josh Zepps, Rogan made the claim that there was a higher risk of myocarditis for young people if they received the jab compared with those who did not. The host was debated by the guest, and the producer pulled up a study that seemed to contradict Rogan’s statements about the risk of severe heart issues in young people.

Rogan posted the video clip of that moment and also an article that explained why he was confused to fined contradictory information while live on air.

If anyone was going to make me look dumb on the podcast I’m glad it’s @joshzepps, because I love him, and he’s awesome.
However this is why I was confused: https://t.co/Yd31Hwbvqb pic.twitter.com/By1TLeUo94

The article that the podcast host posted was from Dr. Vinay Prasad, hematologist-oncologist and associate professor in the Department of Epidemiology and Biostatistics at the University of California-San Francisco.

It was an article form December that showed a higher risk in developing myocarditis in men under 40 after receiving a COVID jab than those who had a COVID infection.

“It is now clear for men <40, dose 2 and dose 3 of Pfizer have more myocarditis than sars-cov-2 infection, and this is true for dose 1 and dose 2 of Moderna,” wrote Prasad.

He tweeted: “Joe Rogan is right. At some ages, for Men, for some doses of specific mRNA shots, the risk of vaccine induced myocarditis exceeds the risk of myocarditis from infection.”

Joe Rogan is right. At some ages, for Men, for some doses of specific mRNA shots, the risk of vaccine induced myocarditis exceeds the risk of myocarditis from infection. It was proven by the UK group 👇

We have to be honest about this fact to have productive conversations https://t.co/BNKKVfHOsk

Before the interview with Zepps, an open letter was written to Spotify that expressed concern about “medical misinformation” on The Joe Rogan Experience after he had Dr. Robert Malone on the show in late December. The letter asked Spotify to “establish a clear and public policy to moderate misinformation on its platform.” The letter was signed by 270 signatories that The Guardian called “270 doctors,” when in fact many were not practicing physicians.

Independent journalist Jordan Schachtel exposed the false assertion that almost 300 “doctors” had signed off on a critique of Rogan in a Substack from yesterday.

The letter reads: “As physicians, we bear the arduous weight of a pandemic that has stretched our medical systems to their limits and only stands to be exacerbated by the anti-vaccination sentiment woven into this and other episodes of Rogan’s podcast.” However, as Schachtel pointed out, “only around 100 of the 270+ signatories to the letter are people with qualified medical degrees.”

Dr. Malone responded to the letter and the claims that Rogan was spreading medical misinformation by having guests like himself and others on by publishing a Substack entitled 16,000 Physicians Agree, which highlighted a physicians’ declaration that backs up the claims that Rogan has made.

“[W]hen it makes headline news that less than 300 physicians have signed a letter that went to Spotify, that the podcast that I did with Joe Rogan should be removed from Spotify, I can only chuckle … After all, it has only been viewed around 50 million times and to their 300, I raise them 16,000,” wrote Malone.

In September 2021, Malone and the International Alliance of Physicians and Medical Scientists signed the Physicians Declaration at the Global COVID Summit hosted in Rome. So far, the letter has over 16,000 signatories.

The declaration criticized the heavy intrusion of the state into their methods of treating COVID-19 patients. “The profession of medicine as we know is at a crossroad,” the manifesto reads. “There has been an unprecedented and intentional assault on our ability to care for our patients. Physicians, and all health care providers, must have the freedom to practice the art and science of medicine without fear of retribution, censorship, slander, and disciplinary action to include possible loss of licensure and hospital privileges, loss of insurance contracts and interference from government entities and organizations — all further preventing us from caring for patients in need.”