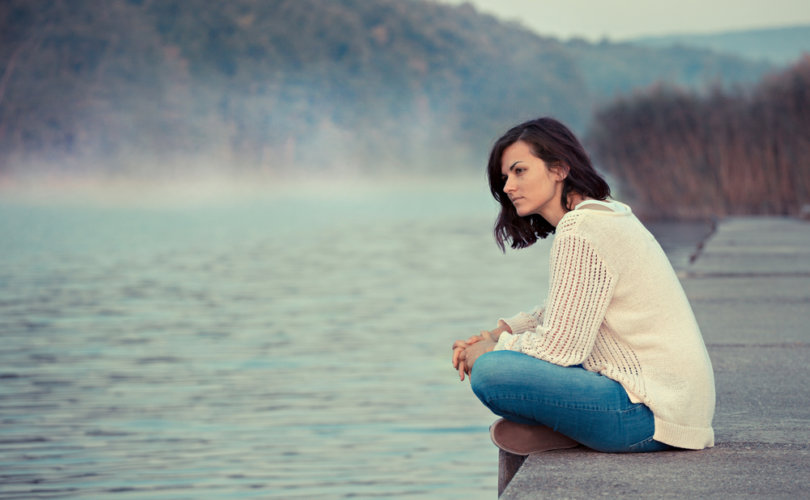 July 23, 2019 (LifeSiteNews) – Jordan Peterson, world-famous psychologist and free speech advocate, has a reassuring message for women who’d like to have a family but who feel pressure from media, academia, and even friends to say “no” to their dream because, they’ve been told, a child has a “negative” impact on the environment.

“Bring a child into the world” anyway, Peterson said, and embark on a “maternal adventure” where you have “faith in life and in the possibilities of being [existence]” and the conviction that you’re “going to bring someone into the world who will be a net force for good rather than evil.”

Peterson made these comments during a conversation he had with Bishop Robert Barron that was published on the psychologist’s YouTube channel last week. (watch the full 1.5-hour conversation here).

Climate change alarmists have labeled children “carbon legacies” and have urged women to have small families and even no children at all, all in the name of “saving the planet.”

“A carbon footprint is the aggregate of resource use and carbon emissions over a person’s life. A carbon legacy occurs when a person chooses to procreate. All people have carbon footprints; only people with biological children have carbon legacies,” wrote Cristina Richie in a 2014 article in the Journal of Medical Ethics. Richie said that children being born are only “adding to worldwide carbon emissions.”

One academic proposed two years later to put a “carbon tax” on children to disincentivize procreation in wealthy nations.

In 2017, Dr. Travis Rieder of the Berman Institute of Bioethics wrote in an article for NBC that having many children is “wrong, or at least morally suspect,” comparing parents having a large family to releasing murderers from prison.

The New York Times featured a report last year highlighting women who chose not to have children “because of climate change.” Women are “acutely aware that having a child is one of the costliest actions they can take environmentally,” the report stated. The CBC recently ran a report telling Canadians that the best way to “mitigate” the “climate crisis” is to “have a smaller family.”

Peterson said that there will always be consequences to bringing a child into the world, but that women should look upon this as an “adventure” with the goal of raising children who will be a “force for good” in the world.

There’s a serious conversation to be had with young women. A woman asked me a question on my Q&A this month. She said that her friends are really down on her. She claims to not be a feminist, but even more importantly, because she wants to have children. And they’re telling her that only an evil and cruel person would bring a child into a world this terrible, and worse, [they tell her about] the damage to the planet that that child will inevitably do. And people are very serious about this. And they are very hard on young women.

I always think of the Pieta [sculpture by Michelangelo depicting the Virgin Mary cradling the body of her son Jesus, who was just taken down from the cross], because I kind of think of it as the Christian equivalent of the crucifix — you know, you have Mary there with her broken son in her arms. And I think that the great adventure for women — at least in part, this is the maternal adventure — is to bring a child into the world, knowing full well the consequence is a crucifixion-like brokenness. And that it’s still a mark of faith in the possibilities of being [existence], to participate in that and not to hide from it and to say: ‘Well, despite everything, I’m going to act out my faith in life and in the possibilities of being [existence] and I’m going to bring someone into the world who will be a net force for good rather than evil. And that’s my moral obligation.’

I think to present that to young women as a major part of the adventure of their life, which is certainly the truth, is something that is attractive to far more of them than would be likely to admit it in today’s time and age.

Peterson’s remarks provide a path forward to those who want to have families but are weighed down by “climate change” talking points. Having a family is a serious adventure. Part of the adventure is a “crucifixion-like brokenness.” But, as people of faith know, when it looks like everything is lost, it’s at such moments that a resurrection can unexpectedly happen and the power of God, who works all things to good for those who love him, is revealed.

“One of the things I really learned from reading the Abrahamic stories is that the fundamental call is a call to adventure, not to ease or to happiness,” said Peterson a little later in his conversation with Barron. “The relationship with God that is part of that adventure is wrestling with God,” he added.