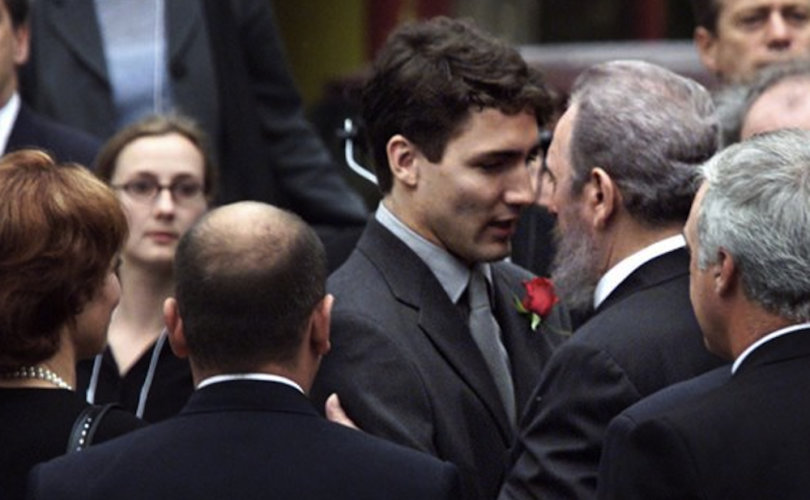 March 5, 2018 (LifeSiteNews) – Last fall, I wrote in the space that Canada’s progressive politicians have one tactic that they consistently fall back on in order to distract from their screw-ups and failing policies: They attempt to demonize Canada’s Christians (and by extension, any religious Canadian who holds social conservative views.)

This was on full display again when the Conservative Party put forward a motion in Parliament that stated that organizations engaging in much-necessary charitable and community work could receive government funding through the Canada Summer Jobs Program, regardless of whether or not that organizations signed the attestation the Liberals inserted into the requirements, which demanded that the organization indicate support for abortion and gender ideology, among other things.

The Liberals, who have been desperate to blunt the backlash from this decision from religious Canadians of every background, responded by accusing the Conservatives of having associations with pro-life Canadians (myself among them, incidentally.) As my friend JJ McCullough noted, the entire charade revealed that the Liberals believe that to accuse someone of being pro-life or social conservative—a category that includes millions of Canadians—is a slur in and of itself.

For politicians to represent those Canadians, articulate their interests, or dare to say that they deserve a voice in the public square is to incur the immediate faux-outrage of the Liberals, who have decided that demonizing some Canadians in order to distract from their conveyer-belt of recent cock-ups is a good strategy.

But as I was watching the parliamentary debate, I couldn’t help but note that it is slightly hard to believe who the Liberals believe to be beyond the pale and who is not. Prime Minister Justin Trudeau himself, after all, just managed to torch Canada’s relationship with India because he refused to take responsibility for the fact that a convicted terrorist (who actually shot an Indian cabinet minister twice in an attempt to assassinate him) got invited to dinner with him in India, and was photographed with his wife. Despite Justin’s stuttering denials, this would-be assassin insists that he and Trudeau are on quite friendly terms, and a series of photographs proving that cropped up in quick succession.

And then, of course, there is his infamous fanboying of the late Fidel Castro, the Communist dictator of Cuba, a man who received a fond eulogy from Trudeau when he finally died two years ago. Fidel Castro, despite the fact that he looked like a harmless old man when he was hugging Justin at his father’s funeral and looked rather rakish when he hung out with Trudeau’s parents back in the day, is responsible for murdering (and these are conservative estimates) between 30,000 and 40,000 people, who were either executed by firing squad or perished at the hands of their communist jailers. That’s not even to mention the tens of thousands of people—the exact number is unknown—who died by drowning while attempting to escape Castro’s Cuba.

Strange, is it not? Trudeau doesn’t mind hanging out with someone who actually fired bullets into a visiting politician—at least until the media discovered the relationship. And he has nothing but warm words to say about a man who murdered tens of thousands of people. But Canadian social conservatives—from Syrian refugees who hold traditionalist views about life and marriage to prairie farming couples to the tireless volunteers in crisis pregnancy centres helping women get the help they need—that goes too far. Those people, because they do not agree with Justin on our current abortion regime, which permits feticide throughout all nine months of pregnancy, are beyond the pale.

Think about that for a moment. Trudeau’s Liberals can pal around wit and praise all sorts of unsavory characters, including a man responsible for murder and cruelty on a mass scale. And then, they can turn around and call the Conservatives ‘extremist’ simply because those Conservatives believe all Canadians to be worthy of a political voice, and because they recognize that valuing human life in every form does not disqualify someone from participation in Canadian democracy.

Those Canadians who do hold social conservative values, from religious backgrounds of every stripe (and some from no religious background at all) must realize something about Justin Trudeau and his people: They hold us in utter contempt. They find us less palatable than a man who murdered thousands of people. They think that it is a slur to accuse someone of associating with us.

So let’s respond to them the only way they understand: By undermining them politically through spotlighting their hypocrisy.