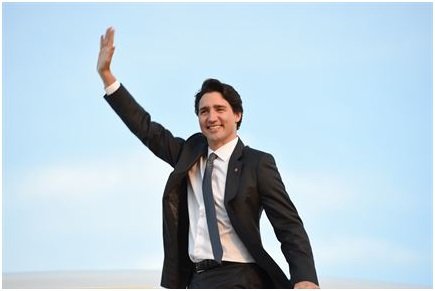 April 26, 2018 (LifeSiteNews.com) – The House of Commons erupted into jeers of ridicule and outrage yesterday when Prime Minister Justin Trudeau stood up and uttered a sentence that also triggered disbelief and mockery across social media: “Unlike the Leader of the Opposition, we believe in free speech and advocacy on this side of the House.”

It seems obvious that Trudeau was not considering his words very carefully, considering the fact that his government has inserted an “abortion attestation” into the application requirements for the Canada Summer Jobs Program, demanding that organizations sign off on support for a laundry list of progressive social views in order to access the program. He seemed to realize it as he said it, and Conservative leader Andrew Scheer rose with a smirk.

“Mr. Speaker, this prime minister has signed off on a grant that will go specifically to hire an assistant who will 'work directly with a provincial organizer and the field organizing team to help our networks stop the Kinder Morgan pipeline,'” he responded. “Does he not realize that he is funding the very groups who are protesting against the project that is in the national interest?”

Trudeau was clearly incensed that the Canada Summer Jobs Program, which has been thoroughly politicized by his government and turned into a way of funneling money to left-wing advocacy groups while shutting out socially conservative ones (pro-life groups are out; Capital Pride got funding for two summer students), was now being used to attack him. And so Trudeau did what he always does: blamed Stephen Harper and doubled down.

“On this side of the House, Mr. Speaker … we will not remove funding from advocacy organizations because we as a government happen to disagree with them,” he said to angry shouts from the Conservative benches. “We remember what that previous government did, and Mr. Speaker, Canadians do not want to go back to those terrible years!”

Andrew Scheer responded with a smile that indicated he knew Trudeau had walked himself into a corner – after all, removing funding from advocacy groups because his government disagrees with that advocacy is precisely what Trudeau has been doing. “What the prime minister just said will come as a great surprise to [many groups],” Scheer replied. “There is nobody who believes that this prime minister believes in free speech when he punishes all those in this country who disagree with his personal point of view!”

At this point, Justin Trudeau lost his cool, ending his response with a near-shout: “Once again, Mr. Speaker, we see the true colors of these Harper Conservatives shining through. The commitment that this government [made] to stand up and defend reproductive rights and the rights of women at every single opportunity is one that sticks in their craw, Mr. Speaker. We will not apologize for ensuring that women's rights are protected across this country!”

On Twitter, even journalists expressed disbelief at Trudeau's claims. John Ivison of the National Post tweeted, “We believe in free speech and advocacy, says Justin Trudeau in Question Period. Except when we don't agree with what is being advocated, he doesn't say,” following that up later with, “In fact the Prime Minister just said the government does fund advocacy groups, even those it disagrees with. Er..what about the Summer Jobs program?” David Akin of Global news wryly noted that Trudeau needed a bit more education: “If you want federal funding, supporting the Charter (of Rights and Freedoms) is the minimum we ought to expect from you, PMJT tells QP. Note to PM: The entire province of Quebec does not support said Charter.”

Conservative M.P.s were also quick to point out Trudeau's lies. “His hypocrisy is beyond belief,” Candice Bergen tweeted. “Trudeau can hardly say it with a straight face, it's such a [bald-]faced lie. He will fund summer students to protest Kinder Morgan, but not students that run day camps for disadvantaged kids.” Mark Strahl concurred, noting that “Justin Trudeau has no problem denying funding to groups who do not share his personal views on social issues. But when his government funds groups trying to stop the Kinder Morgan pipeline, he must fund them because of 'free speech.'” And M.P. Alex Nuttal: “If you are a street mission trying to get a summer job then Justin Trudeau says no because your free speech isn't respected, if you are a protesting organization trying to stop a pipeline and jobs then he says yes…and free speech is the reason.”

This exchange is important because it proves beyond a shadow of a doubt that the Conservatives are correct when they refer to the Canada Summer Jobs attestation as a “Liberal values test.” If you don't agree with Justin Trudeau on abortion or gender ideology, then your group is ineligible for funding, regardless of whether your organization is an advocacy group or a summer camp for kids with disabilities. But if your group is left-wing, then you can expect funding – because your values align with Trudeau's. Fortunately, his hypocrisy is so obvious to all that even journalists expressed disbelief that he could be so tone-deaf.

This government will, for as long as it holds power, use that power to punish those who disagree with it and reward those who hold the same positions. Justin Trudeau has made it crystal-clear: bedrock values like freedom of speech will be given lip service only when it is necessary to defend his government's willingness to award its friends while punishing those it perceives as enemies.