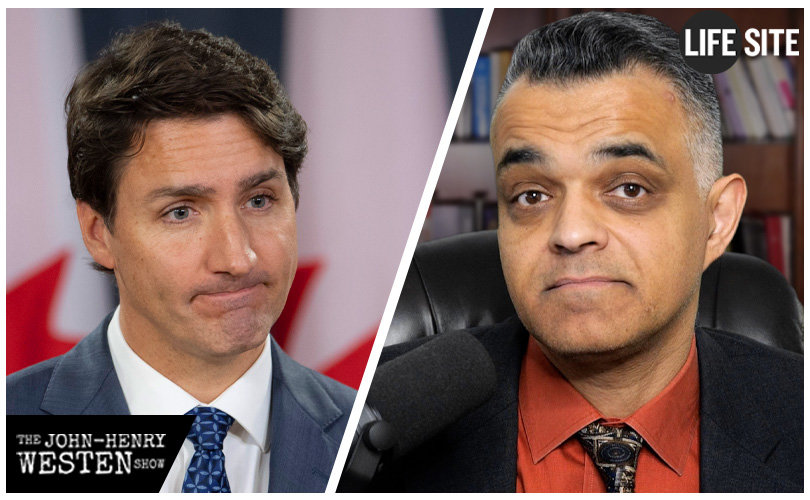 (LifeSiteNews) — You want to see something really neat? Then take a look at my latest episode of The John-Henry Westen Show.

I show a clip of Canadian Prime Minister Justin Trudeau which seems to indicate that he is doing what in fact he is doing. Namely, crushing the rights of the minority of Canadians who for a host of reasons object to being forced to take the COVID jabs. I’ll explain later how he is not exactly doing that, but have a look first.

It seems totally logical that he would be saying that, since he has already noted how he is willing to deny jobs, use of public transit and entrance into bars and restaurants to the minority of Canadians who refuse the abortion-tainted, unnecessary and frankly dangerous COVID jabs.

But no, Trudeau wasn’t coming clean; he wasn’t telling Canadians that he is all about crushing the rights of the minority because he supports the majority.

However, despite his rhetoric, Trudeau is doing exactly that. It is amazing how people can be blind to what they are doing. They preach values one day and publicly contravene them the next.