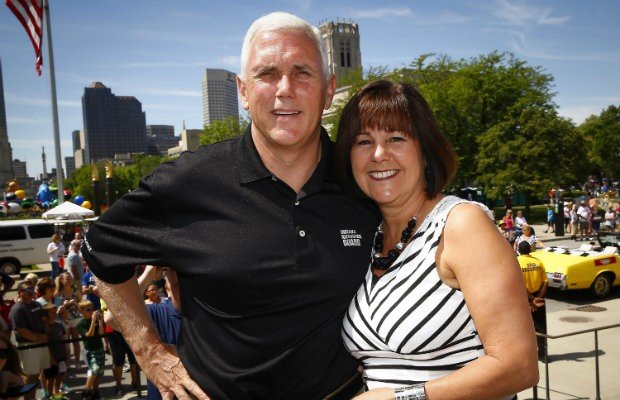 January 16, 2019 (LifeSiteNews) – One of the key signs of the growing divide between secular progressives and religious people in the United States is the fact that the media actually consider it to be a major news story when they discover that Christian institutions seek to abide by Christian principles. This time, it is the fact that Vice President Mike Pence’s wife Karen has apparently been hired at a Christian elementary school that enforces a Christian code of conduct.

Karen Pence will be returning to Immanuel Christian School in Northern Virginia to teach art several times a week. She previously taught at the same school for twelve years during her husband’s tenure as an Indiana congressman from 2001 to 2013, and stated that she has “missed teaching art” since then and is “excited to be back in the classroom,” according to the Washington Post. (Pence is a watercolor artist, and provided the illustrations for her daughter Charlotte’s recent children’s book Marlon Bundo’s Day in the Life of the Vice President.)

A few enterprising journalists promptly went digging, and they soon discovered apparently horrifying things. Immanuel Christian School, for example, has employees explain their views of the “creation/evolution” debate. Employees sign what amounts to a code of conduct, affirming that they will “maintain a lifestyle based on biblical standards of moral conduct,” something which of course immediately attracts the ire of progressive activists because that precludes sexual activity outside the boundaries of monogamous heterosexual marriage. Particularly offensive was this part of the employee agreement:

I will strive to live a personal life of moral purity that is separated from the world according to Scriptures, as defined by the Statement of Faith of Immanuel Bible Church and agreed upon by the Elders and Pastors of Immanuel Bible Church. I understand that the term “marriage” has only one meaning; the uniting of one man and one woman in a single, exclusive covenant union as delineated in Scripture and that God intends sexual intimacy to occur only between a man and a woman who are married to each other and that God has commanded that no intimate sexual activity is engaged in outside of marriage between a man and a woman. Further, I will maintain a lifestyle based on biblical standards of moral conduct. Moral misconduct which violates the bona fide occupational qualifications for employees includes, but is not limited to, such behaviors as the following: heterosexual activity outside of marriage (e.g., premarital sex, cohabitation, extramarital sex), homosexual or lesbian sexual activity, polygamy, transgender identity, any other violation of the unique roles of male and female, sexual harassment, use or viewing of pornographic material or websites, and sexual abuse or improprieties toward minors as defined by Scripture and federal or state law. Further, I am not, nor have been in the past, engaged in inappropriate conduct toward minors, nor do I have inclinations toward such conduct. Persons so involved or who condone such behaviors cannot be employees of Immanuel Christian School. (I Cor. 3:16, 17; I Cor. 6:19, 20; I Cor. 11:3; Romans 1:24-32; Gen. 1:27-28; 2:21-24) 11

While this may be shocking to progressive sensibilities, that statement is reflective of what nearly all traditionalist Christian churches believe about sex and marriage, and what nearly all people believed less than a half-century ago. It is far stranger that there are people who are shocked and scandalized at the discovery that a Christian institution frowns on extra-marital sexual activity, and that they see marriage as between a man and a woman (as both Barack Obama and Hillary Clinton apparently did until just a few moments ago.) The staggering ignorance of progressives as to what Christians have believed about marriage for 2,000 years should embarrass rather than outrage them.

Further evidence of discrimination, noted the Huffington Post, was found in questions that the parents were asked to sign, questions such as: “Describe your current practice of personal Bible study and prayer”; “Explain your view of the Bible as the infallible Word of God”; and “Explain the importance of the Trinity.” The school’s mission statement also raised red flags:

We believe that all truth is God’s truth and that Scripture, the revealed Word of God, must be taught as truth. The Bible is taught as a core subject and integrated into the entire learning experience.

We believe that the Christian mind should be the best mind, enlightened by the mind of Christ and having integrated God’s principles with academic pursuits. Our students are taught from a biblical worldview and are well prepared physically, emotionally, spiritually, and academically for life.

Last time Mike and Karen Pence were under fire, it was because they had developed a rule for their relationship where the Vice President does not go out for dinner alone with women who are not his wife, and does not attend mixed parties where booze is present without Karen. The sneers and guffaws of progressives had barely died away before the #MeToo movement swept liberal Hollywood and the Democratic party, felling liberal giants like Harvey Weinstein, Eric Schneiderman, and Al Franken. Perhaps, some people quietly conceded, it wasn’t such a terrible idea to be careful these days.

We’re going to see a lot more of this in the days to come. As society reorders itself around the Sexual Revolution and begins to forget Scripture entirely, angry progressives and LGBT activists with the memories of goldfish will find themselves in a perpetual state of outrage as they discover that their ideas are really quite recent, and that there are still millions of people who haven’t joined them in tearing down the old fences and dispensing with the ancient moralities. Mike and Karen Pence are the sort of people who disgust the sort of people who are fine with children attending Pride Parades featuring nude middle-aged men, but we are supposed to be scandalized that the elementary school Karen Pence teaches at isn’t on board with the transgender agenda.

That’s ridiculous, and I hope others join me in saying so.