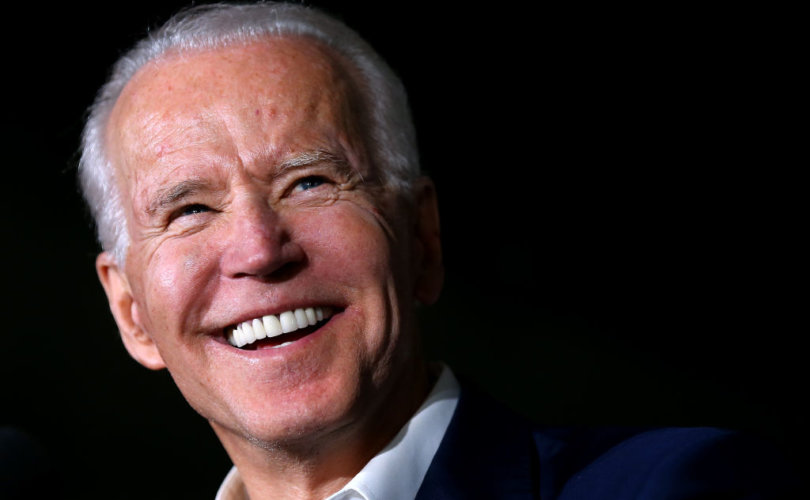 April 29, 2020 (LifeSiteNews) – Two years ago, I sat down with several others to watch Brett Kavanaugh testify before the Senate Judiciary Committee on the sexual crimes he'd been accused of. We watched him break down as Democratic vultures sifted through the rubble of his reputation, determined to destroy him and derail his nomination to the Supreme Court. Glancing at the others watching with me, I realized he wasn’t the only one who had broken down. The reason that Kavanaugh’s testimony was such a powerful and significant moment was that, for many, it was the moment they realized that the Democrats would stop at nothing to protect the abortion industry.

In fact, Christine Blasey Ford’s attorney Debra Katz all but said so a year later at the University of Baltimore’s 11th Feminist Legal Theory Conference in a talk titled “Applied Feminism and #MeToo.”

“In the aftermath of these hearings, I believe that Christine’s testimony brought about more good than the harm misogynist Republicans caused by allowing Kavanaugh on the court,” Katz told the audience.

“We were going to have a conservative [justice]…elections have consequences, but he will always have an asterisk next to his name. When he takes a scalpel to Roe v. Wade, we will know who he is, we know his character, and we know what motivates him, and that is important; it is important that we know, and that is part of what motivated Christine.”

In order to destroy a perceived threat to Roe v. Wade, Democrats weaponized the justifiable outrage Americans feel at sexual assault and the instinctive desire to punish the perpetrator and aimed all of it at Brett Kavanaugh. It didn’t matter that not a single witness could place Ford in the same room as Kavanaugh, it didn’t matter that the friends Ford named as corroborating witnesses did not share her memories, and it did not matter that the accusations got wilder and wilder as the show trial went on. By the end of it all, Kavanaugh was accused of being a gang-rapist by a woman represented by the now-disgraced Michael Avenatti. The media muckrakers ate it all up and fed it into the Democratic artillery.

The reason I take you on this nasty little trip down memory lane is because we are currently in a moment that proves, once again, how vile and politically-motivated the Kavanaugh smear job was. It is now Democratic presidential candidate Joe Biden being accused of sexual assault by Tara Reade, a former staffer who claims that Biden assaulted her while she was working in his senate office back in 1993. The claim was first ignored by the media, and then largely dismissed for lack of corroborating evidence (a courtesy Kavanaugh did not receive.) Just in the past week, however, the media has been forced to confront a recording of Reade’s mother phoning Larry King Live in 1993 apparently referencing the assault, and two more witnesses coming forward to say that Reade had told them about the assault at the time.

And just like that, all of the solidarity with victims of sexual assault that everyone from #MeToo’s Ashley Judd to Kamala Harris and Hillary Clinton has vanished, taking their already tattered credibility with it. When Kavanaugh was accused, any alleged victim had “the right to be believed.” When an abortion-supporting Democrat stands accused, Kavanaugh’s persecutors stand with him. The mainstream media headlines on Reade’s accusations—and it took CNN a full 24 days to even getting around to covering the story—are almost beyond parody. The New York Times, for example, asked plaintively: “What to Do With Tara Reade’s Allegation Against Joe Biden?”

The answer, it turns out, is pretty much anything except “believe women.” That was just a convenient line that could be used as a club against a family man who might vote against Roe v. Wade.

Keep in mind that CNN published more than 700 articles about the Kavanaugh accusations in the mere 19 days between the accusations becoming public and his confirmation to the Supreme Court. The Washington Post, which gleefully published the accounts of Kavanaugh accusers, produced this tortured headline for the (eventual) coverage of Reade’s accusation against Biden: “Developments in allegations against Biden amplify efforts to question his behavior.” That headline amplifies the fact that the Post really, really doesn’t want to deal with these accusations and instead wants to present this as another one of the inevitable “Republicans pounce” narratives.

Like all of you, I don’t know if Joe Biden is guilty of what Tara Reade accuses him of. I believe Joe Biden is as entitled to due process as Brett Kavanaugh was, and that the allegations should be measured against all available evidence. This is not about whether Biden is guilty. It is about how the allegations are being treated by the media and the Democrats. Their reaction has revealed that they never cared about allegations of sexual assault—only politically convenient allegations of sexual assault. This being the party of Bill Clinton, we should hardly be surprised. But their attempt to destroy a family man over abortion is still fresh in our collective memory, and the sheer, wicked cynicism of the media is being starkly revealed.

The reaction of the media and the Democrats to these election-year accusations against their presidential nominee should remind every single conservative and every single voter of what they did to Brett Kavanaugh’s reputation and his family simply because they wanted to destroy him.

It should remind us all that these people will stop at nothing to protect legal abortion. Ethics are merely situational to abortion supporters.

The greater good, of course, means the right to dismember children in the womb.

Jonathon’s new podcast, The Van Maren Show, is dedicated to telling the stories of the pro-life and pro-family movement. In his latest episode, he interviews Phyllis Schlafly’s daughter Anne Schlafly Cori who highlights the smearing of her mother in new Hulu mini-series Mrs. America and shares the wonderful, selfless things Phyllis accomplished in her life, including helping get Ronald Reagan elected.