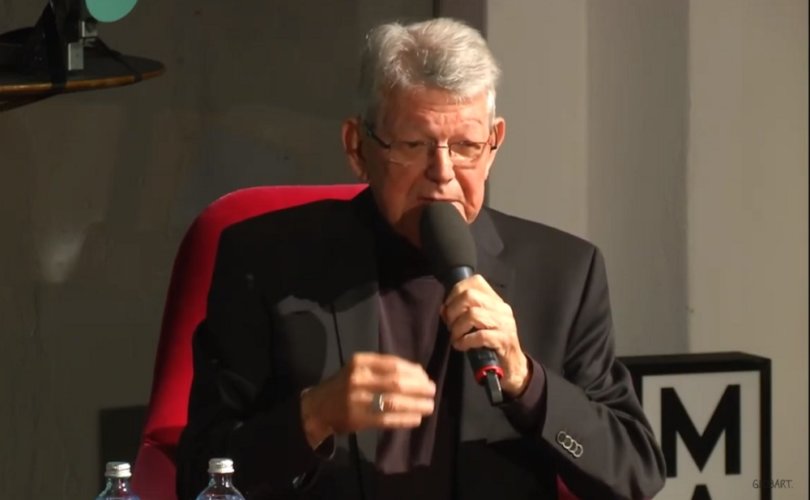 The harsh comments came from Bishop Erwin Kräutler and Mauricio Lopez, who were members of the pre-synodal council tasked by the Pope to prepare the Amazon Synod and thus are playing a key role in it.

Lopez, who is the general secretary of the Pan-Amazon Ecclesial Network (REPAM), called the criticism of the two German cardinals “unfair” and “inappropriate,” while Kräutler asserted that Cardinal Brandmüller's critique is “complete nonsense.” Significantly, the latter's comments were aired by Vatican News, the official media organ of the Vatican.

Both Cardinals Brandmüller and Müller had published in July detailed individual critiques of the Amazon Synod's working document, pointing to aspects therein that are either “a false teaching,” a heresy, or even proximate to apostasy. Independently from one another, the two cardinals pointed out as problematic the idea of changing who is eligible for priestly ordination (either as a married man or as a female “deacon”), and the claim that the Amazon forest is now somehow a new source of divine revelation.

In an interview with the Tiroler Tageszeitung – which has been widely reported on – Kräutler comments on the fact that Cardinal Brandmüller criticized the working document's proposal to ordain elderly married men to the priesthood and that he warned against heretical decisions. The Austrian bishop calls Brandmüller's critique “complete nonsense” and then refers to the pastoral situation in the Amazon: “What we want is that the Christian parishes have a Eucharistic celebration – and not only one or two times a year.”

Kräutler goes on to state that the synod can merely make proposals, because “the Apostolic Exhortation of the Pope after the synod has the final word.” According to this prelate, he who criticizes the synod and the Pope has to ask himself whether he finds himself still on Catholic ground. “He who is against the synod,” according to Kräutler, “which has been called by the Pope, is against Francis.”

He then goes on to say that Cardinals Brandüller and Raymond Burke, the two remaining authors of the dubia concerning Pope Francis' document Amoris Laetitia, “have once more to check themselves whether they are still Catholic because here they owe the Pope obedience.”

As to the possibility that the Amazon Synod will support the idea of married priests, Bishop Kräutler claims that there are “pretty good” chances that this will happen. “Most of the Amazonian bishops are not against it. And I say: it [the ordination of married men] is a necessity.”

The second above-mentioned organizer of the Amazon Synod, Mauricio Lopez, also now distances himself from the critics of the Amazon Synod's working document, in a new interview with German Katholische Nachrichten-Agentur (KNA). After first explaining that the Pope had told him that he wishes to “place the periphery at the center,” Lopez goes on to comment on Müller and Brandmüller’s criticism of the working document.

He says: “Generally, criticism is welcome. However, some of the accusations I consider to be unfair. Müller, for example, is critical, because he personally feels excluded.”

Lopez adds that the conflict is between a “formal Catholic social teaching” and the “faith of the people.” There are some voices, he explains, “who are categorically against any change.”

Asked about Cardinal Brandmüller and his concern that the Amazon Synod could question priestly celibacy, Lopez claims: “His critique is even worse than the one from Müller. Brandmüller uses words such as ‘heretical.’ That is simply inappropriate. It is not about abolishing celibacy. But we need next to it new forms in order to take action against the lack of priests.”

At yesterday’s synod press conference, Kräutler repeated his call for a female “diaconate,” saying “two thirds of these communities which are priestless are coordinated and directed by women.”

“We hear a lot about enhancing the role of women,” he continued, adding, “but then we need concrete solutions…I am thinking about women's diaconate, and I say: ‘Why not?’”

This is “a topic of the synod,” he declared.

In a short interview with LifeSite's Diane Montagna, the Austrian bishop even confirmed that he wishes that there will be female “priests” in the Catholic Church.

Kräutler also again argued at the October 9 press conference for allowing married priests in the Amazon region, suggesting that the indigenous are unable to comprehend celibacy. The Austrian missionary bishop, who is the retired bishop of Xingu, Brazil, pointed out that many parishes there are only visited by a priest two or three times annually and that therefore there is “no other option” than the introduction of married priests.

As to Kräutler and Lopez's demeaning and unsubstantiated responses to the serious criticisms of Cardinals Brandmüller and Müller, it might be worthwhile recalling what Father Thomas Weinandy just wrote: “As has been often noted, Pope Francis and his cohort never engage in theological dialogue, despite their constant claim that such dialogue is necessary. The reason is that they know they cannot win on that front. Thus, they are forced to resort to name-calling, psychological intimidation, and sheer will-to-power.”