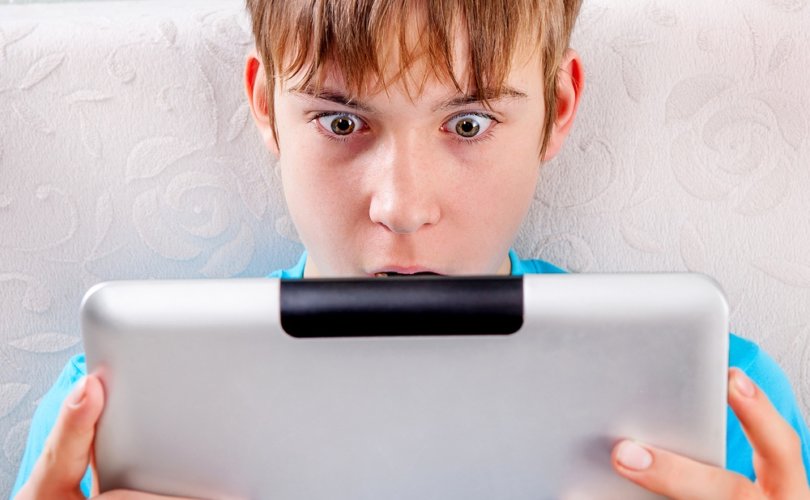 The young man the Times profiled, whom they refer to as “Drew,” was eight years old when he first encountered pornography. That is unfortunately extremely common.

Drew recounts how pornography pervaded both his perception of the opposite sex, his interactions with them, and his expectations about sexuality. Many times, Drew and his peers found themselves confused—like with the Fifty Shades of Grey craze, for example. Was it okay to hit girls? Was inflicting pain on girls permissible, even desirable? Where was the line?

And of course, the girls were also being socialized by what they consumed—and were equally confused. What do the boys expect from us? Is this sexual violence thing normal? Do we have to do that?

Others, like Drew, were confused—and had the sinking feeling that maybe there was something wrong about it all.

Pornography is actually quite a bit more dangerous than the Times essay lets on. Geoff Rogers, the CEO of the US Institute Against Human Trafficking, announced earlier this month at a Justice Department Summit on Human Trafficking that he believes that pornography is partially responsible for driving the demand for human trafficking. While buying sex and trafficking girls and women is nothing new, Rogers noted, “the increasing insatiable desire for sex with children in our society is something new, and it’s running rampant in our society.”

Rogers said the National Center on Sexual Exploitation has collected evidence from numerous studies that prove that pornography and our hypersexualized culture are driving the insatiable desire for sex and the purchase of sex, including that of children.

“Societally, we need to shift. We’ve got to grab hold of this and understand that as a society it is not OK that we have an entire young generation of kids growing up with ready access to hardcore, deviant, violent pornography,” Rogers said. “I heard one expert say it best—that pornography is one of the greatest unchecked social experiments that our world has ever seen.”

Again, from The Epoch Times' report:

“The perfect storm is here, where we have a young generation of kids that have access to hardcore, violent pornography on their cellphones at age 9, 10, 11,” Rogers said. “They’re growing up addicted to pornography; that’s shaping their sexual template. And at some point, they’re moving from visualization to actualization.”

It is high time that our culture dealt with pornography in a real and meaningful way. There is virtually no one who is claiming that pervasive Internet pornography is having a positive impact on our culture. When I debated a pro-porn professor on the radio on this subject, even she admitted that the vast majority of pornography was deeply damaging. The impact on the first generation to grow up with pervasive pornography is already beginning to manifest itself in sinister ways, and it is clear that we need to do far more to protect children from this material than we currently are.

So if you want better men by any standard, there is every reason to regard ubiquitous pornography as an obstacle — and to suspect that between virtual reality and creepy forms of customization, its influence is only likely to get worse.

That we cannot imagine such censorship is part of our larger inability to imagine any escape from the online world’s immersive power, even as we harbor growing doubts about its influence upon our psyches.

Feminists should take it. We should all take it. It is not only decency but eros itself that waits to be regained.

Exactly. Here is common ground that feminists, Christians, and people of common sense who don’t think that women getting choked or subjected to violence is healthy for the soul or for society, can set up camp on.