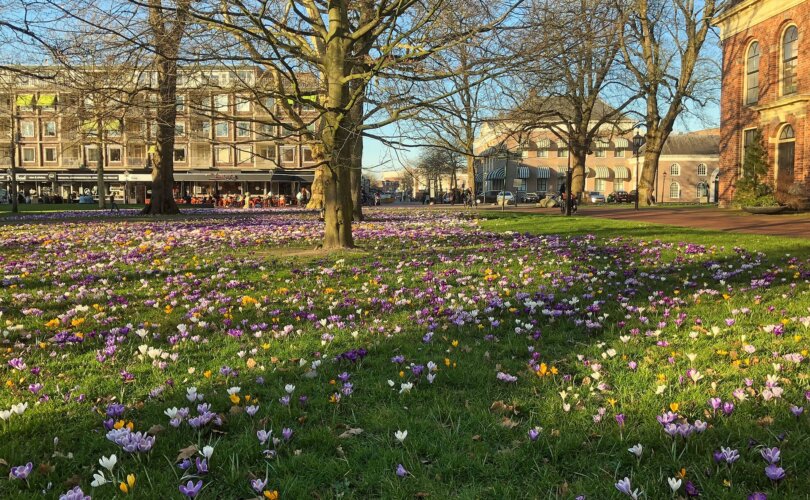 A perfect example of this mindset in action can be found in a recent story out of the Netherlands. The city of Assen hosted a Pride Photo exhibition ironically titled “Celebrating the Unseen,” which is an amusing tagline for a series about sex acts that the culture collectively celebrates for an entire month each year. The photo exhibition — which featured life-sized pornographic images of men engaged in group sexual acts — attracted the ire of horrified parents, who placed a large cardboard banner with the warning “not suitable for our children” over them.

Considering the content of these photographs, that is hardly a controversial observation, and city officials decided to move the “art installation” to The Brink, a green space further from the city centre — although the Drents Museum, which regularly hosts school field trips, is nearby. The director of the exhibition, Hein-Jan Keijzer, stated that although he understood the city’s decision, the objections of parents were “not only a slap in the face for the organization but especially painful for the people in the photos.”

Apparently, the “people in the photos”— who had obviously consented to being photographed engaging in sexual activities and having those photographs displayed publicly — might find it “painful” that the public might not wish their children to see their various grapplings and semi-nude bodies. That parents might find it painful that city officials sanctioned a pornographic display in spaces funded by their tax dollars is of lesser consequence; that such images are detrimental to childhood innocence was clearly not considered at all — or, if it was, the destruction of this innocence may have been seen as a feature rather than a bug.

To some extent, Western culture has moved so far past any understanding of innocence that many people simply do not understand why children should be protected from seeing such things in the first place. With graphic, how-to sex education being taught at younger and younger ages, parents taking their children to drag shows in bars and drag queen story hours in libraries, and families attending Pride Parades together, the reality is that our instinct to preserve innocence has been whittled away over decades of sexualized entertainment, pornography, and explicit advertising. Consider this 2021 story, also from the Netherlands:

One prize of the Amsterdam Pride photo competition has gone to Jan van Breda. He submitted a photo of a little girl surrounded by men in bondage gear. The prolonged European silence on the spread of paedophile culture is disturbing. The photo was taken in 2008 at one of Amsterdam’s artificial canals, the Zoutkeetsgracht. The men in the photo are about to board a gay-community boat specialising in fetish activities. The child, whose name is Jetske, who was only two years old at the time, is seen playing with a swing.

That paragraph should make us recoil. But many people have been inured to this sort of thing, and the boundaries between the public and the private; the moral and the immoral; the innocent and the profane have all been torn down. The final victory of the sexual revolutionaries is not dominating society over the protests of parents who wish to protect their children; it is a generation of parents who don’t understand what innocence is and have no wish to protect it in the first place.