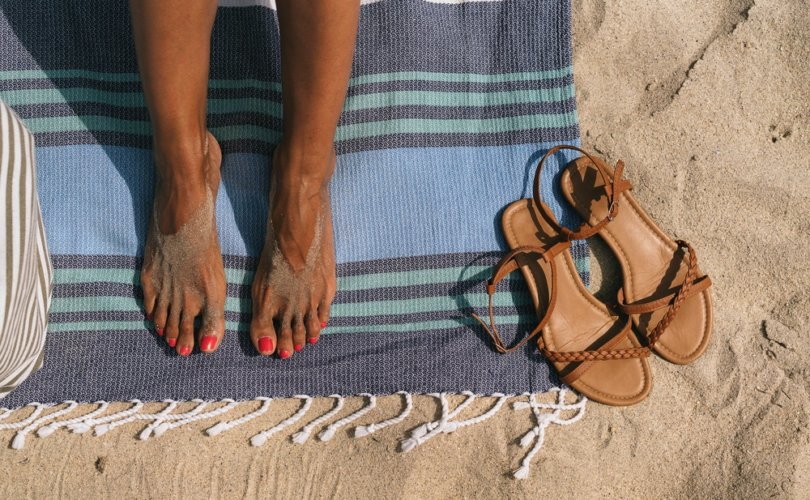 July 29, 2020 (LifeSiteNews) — Almost ten years ago now, a fellow pro-life activist told me a horrifying story. A woman in Vancouver, she said, had gone to an abortion facility and aborted her baby because the pregnancy interfered with a planned vacation, and she didn’t want to look pregnant in her bathing suit in the vacation pictures. It was one of those anecdotes of such breathtaking selfishness and cruelty that it sticks with you always. Is that a common reason for seeking an abortion? No. But the fact that it happened showed just how corrosive and corrupting an abortion culture truly is.

I was reminded of that story again this week when I read in The Telegraph that the U.K.-based organization Christian Concern had hired investigators to place calls to Marie Stopes and the British Pregnancy Advisory Service — the U.K.’s two main abortion providers — to determine how easy it was to procure abortion pills. One of the activists stated that she didn’t want to keep her baby because she was worried about what pregnancy would do to her “bikini body.”

As it turned out, any reason for an abortion was a good reason — Christian Concern’s CEO, Andrea Williams, noted that its investigation revealed “that women could get these pills using any excuse whatsoever. One of them even said that it didn’t bode well for her having a bikini body, and that was put down as an emotional reason.”

Rebecca Reid of The Telegraph noted that the “revelation came during a discussion about whether the emergency legislation allowing women to have abortions at home should be scrapped or retained post-lockdown. The debate around access to abortion pills … is well known, if ongoing. But the news that anti-choice campaigners are posing as women who need abortions came as something of a surprise.” BPAS spokeswoman Clare Murphy responded by pointing out that abortion is available on demand in most countries during the first trimester for any reason and denied that the transcripts provided by Christian Concern prove that the actor seeking the abortion cited only physical appearance as the sole reason for seeking an abortion.

Christian Concern provided the following transcript of the investigator’s conversation on its website:

I’d be more than happy to have children in the future and stuff like that. And we’ve discussed that and we want children, but just not at this particular point in time because we’ve just literally like booked a holiday and we were just quite confined during the lockdown. I mean, we’re both all right, but it’s just been a bit emotionally draining, all these restrictions and everything. And we were just so looking forward to this holiday and I just want to… We just wanted to really focus on this holiday and have a good time and not — I just didn’t want to worry about looking pregnant on the beach and all that. I just, it’s just so bad the timing right now.

Not so long ago, that would be considered shocking. But as I’ve noted before, today’s abortion activists are made of sterner stuff than their queasier (or more strategic) foremothers, and they’ve never met an abortion they can’t clap for. Reid scoffed at the idea that someone aborting their child for a “bikini body” is a problem: “the blunt truth is, even if a woman did want to have an abortion because she was worried about stretch marks and sagging breasts, that would still be a perfectly valid choice.” As it turns out, sometimes you have to kill to get a body to die for.

In fact, Reid doubles down in her response to Christian Concern’s investigation and interviews several women who had abortions for frivolous reasons just to highlight her belief that there’s no such thing as a frivolous reason for feticide:

Rachel*, now 29, had an abortion aged 26. “I didn’t have it for any of the ‘right’ reasons,” she says. “I was married, my career was starting to flourish and my partner and I had enough money to support a child. But the moment I saw two pink lines on the test, I googled the Marie Stopes phone number. The career I had been building for the last five years was going to disappear basically overnight if I stopped working, and I couldn’t let that happen.

“But the main reason I had an abortion was that I wanted more time to live my life — to drink and smoke, and stay up until 4am with my friends. I just fundamentally was not ready. So, despite not being a gymslip mother, I had an abortion. I didn’t have a ‘good’ reason, or an ‘excuse’, I just didn’t want to have a baby. But I do still sometimes encounter people who are generally pro-choice, but who can’t quite hide their judgement about my reasons”.

Nadia*, now 37, had an abortion in her early thirties. She tells me: “Honestly, I didn’t put a lot of thought into it. I wasn’t ready to be a mum, I didn’t want a baby, my life was about having fun, going out and putting myself first. So I booked an abortion. When they asked me why I wanted to abort, I was a bit lost for words. I just didn’t want a baby. I didn’t expect to have to explain to a stranger why I wasn’t open to being a mum. Surely, ‘I want an abortion’ should be a good enough explanation of how or why you’re not ready to be a parent?”

Read it and weep. “Rachel” says that fundamentally, she “just didn’t want to have a baby.” When “Nadia” was asked why she wanted an abortion, she, too, says she “just didn’t want a baby.” Their words are nearly identical, and they reveal something vicious and ugly about our culture. These young women knew that getting an abortion was about getting rid of their babies. You’ll notice that they didn’t even bother talking about getting rid of the pregnancy, or eliminating a “clump of cells,” or exercising their “reproductive freedom.” They wanted freedom, all right — freedom from the baby they knew already existed. After all, if there had been no baby, what would they have been aborting?

It is true that most women do not have abortions simply because they want to look good on the beach. It is also true that many have abortions because they feel trapped, or abused, or terrified. But as Rebecca Reid and her vampiric fellow feminists will tell you, none of that matters. The only thing that matters is the unassailable right to be rid of an unwanted child, and choosing to abort a baby because you’ve suffered a sexual assault is in no way morally superior to seeking an abortion because a little girl might interrupt your partying or exacerbate your hangover. An abortion is an abortion, and an abortion is just someone who “just didn’t want a baby” getting rid of it.