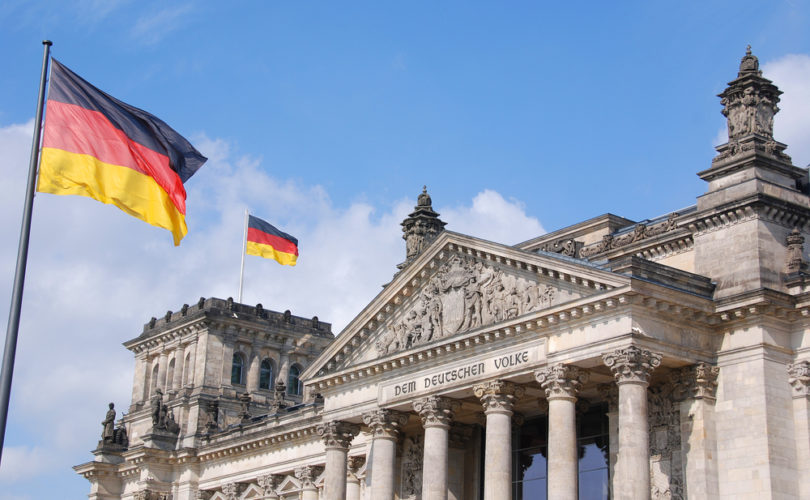 November 2, 2018 (LifeSiteNews) – Based on the German bishops’ recently published sex abuse report, six law experts have now brought charges against all 27 German dioceses to the responsible attorneys general throughout the country. Pointing to the U.S. and other countries, they think that a thorough investigation of sex abuse crimes in the Church is also needed in Germany.

The law professors see enough evidence and legal grounds for a state investigation.

“The attorneys general have to demand the relevant files from the dioceses,” they write. “There is also a need to act swiftly since the statutes of limitations might soon come into play.”

Many of the cases mentioned in the abuse report, they argue, are about priests who are still living. The group of law professors is linked to the Institut für Weltanschauungsrecht (an Institute studying the law pertaining to world views), which aims at a “secular law policy,” in the words of Kath.net. Their legal step is a “charge against persons [as yet] unknown” with regard to sexual abuse of minors.

The institute's website states that “on 26 October, six renowned law professors, together with the Institut für Weltanschauungsrecht, have filed charges with those attorneys general who are each of them responsible for the 27 dioceses in Germany.” In their 11-page document, the law experts explain that “in the case of the Catholic abuse scandal, there is a pressing occasion to introduce ‘investigation measures for the sake of apprehending offenders.’” The authors propose an “investigation of the archives and the confiscation of complete, not-anonymized files.”

This last sentence refers to the fact that the German sex abuse report has been completely anonymized, and, therefore, no names of the offending priests or their dioceses have been revealed. Critics of this report – such as Professor Christian Pfeiffer and Dr. Manfred Lütz – have pointed to this grave defect, since it avoids specifying any personal responsibility altogether. As Pfeiffer – who had been initially involved in the German abuse report but then had disagreements with the bishops –  recently stated, “A consequence [of this anonymization] is that the scientists were not able to assign their findings to individual dioceses and the responsible bishops.” Only full transparency will create trustworthiness, according to this German scientist. “Personal consequences” must also be drawn.

It was this same criminologist who proposed the involvement of the state for a full and trustworthy investigation of the Church’s sex abuse scandal. He praises the state investigations in the U.S., with the help of which “full transparency” can still be achieved.

It seems, moreover, that this is also the view of the six law professors, Holm Putzke, Rolf Dietrich Herzberg, Eric Hilgendorf, Reinhard Merkel, Ulfrid Neumann, and Dieter Rössner. In their legal document, they criticize “the reluctant attitude with which the State and the public (so far) have responded to the alarming initial suspicion of grave crimes.” The reason for this attitude, they argue, might lie in the “intuitive idea of a sacrosanct independence of the Church.”

The German law professors also point to the U.S. as a good example, where “criminal investigations” have “already been undertaken.”

Also for Germany, they argue, the legal situation is clear. They write in their own report: “There are no fundamental exception[s] from criminal prosecution for the Church and her priests, as they exist for example in the immunity of parliamentarians or diplomats.” Nor is there a “right of the Church” based on Church law or her own penal authority to be freed, as an institution, from any criminal investigations on the part of the state. The state of law, the experts write, has to assure that “the penal law's minimal ethics which are oriented along the human rights are being implemented and that personal responsibility is being clarified.” Otherwise, “on the part of the public, the trust in the law in a secular state” is at risk.

The legal document makes even a comparison to the mafia: “One may only imagine that an offshoot of the Calabrian mafia, the ‘Ndrangheta,’ would have granted a scientist access to its files that are located in Germany; and [that scientist] would have published, in accordance with his mission, a study in which he describes numerous […] crimes committed in Germany.” That mafia boss, however, then would express only contrition, but would deny access to the original files and would not name the specific offenders.
“There would not pass one day until the police would confiscate all of the mafia files that are on German ground in order to apprehend the offenders and to charge them.”

“There is no convincing reason why this should be any different in the case of the Catholic Church,” the authors say.

So far, the state has not yet taken many measures in the Catholic Church's abuse crisis in Germany. As LifeSiteNews reported on October 12, Bavaria and Lower Saxony have already requested full access to files from Catholic dioceses. The German Federal Minister of Justice Katarina Barley gave an interview on October 3 and made it clear that any criminal events within the Catholic Church have to be “investigated by the police, the district attorneys, and the penal courts.” But so far, she has not taken any concrete steps on the federal level.