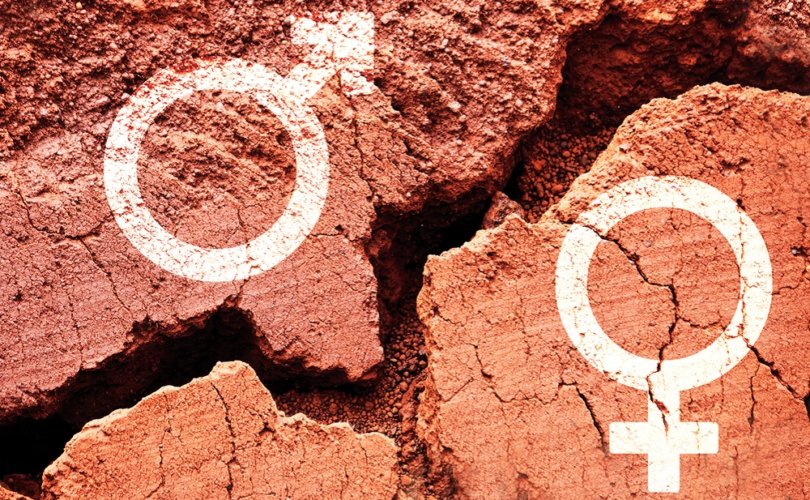 May 26, 2020 (LifeSiteNews) — I fully realize that mocking the absurd sanctimonies of university students is like shooting fish in a barrel. To make fun of young people while they are in full ideological bloom and have not yet been knocked about by the real world sometimes seems cruel, especially considering the real possibility that they actually believe this stuff. That said, occasionally, these fervent and fevered wokelings make a statement that simply begs for a response. Today was one of those days.

Consider this tweet, sent out by the Student Support Services of the University of Leicester, a public research university in England. It is a helpful definition of transphobia for all those who were born into the dark and evil days of yore, when there were only men and women. Those days are gone, and now we know better. “Transphobia,” the SSSUL informs us solemnly, “is intolerance of gender diversity. It is based around the idea that there are only two sexes — male or female, which you stay in from birth.” The tweet was later deleted.

Let’s leave the grammar of this sentence filled with hostage words to the side for one moment and consider the point being made. First, there is the concept that the sex binary is an “idea,” one that all previous generations had inflicted on them by elementary biology classes, common sense, and their lying eyes. There have been no scientific discoveries in recent decades to rebut this obvious fact, and it is noticeable that nobody claims that, say, penguins also come in dozens of genders. It is just humans, because the more gullible among us can be persuaded that this is the case.

And then there is the proposition that “transphobia” — the fear or hatred of transgender people — is an “intolerance of gender diversity,” the idea that there are dozens (probably more since I last checked) of different genders, all of them valid because somebody just made them up. To point out that there are not dozens of genders, apparently, is “fear” or “hatred” of transgender people, who incidentally were not so very long ago people who wanted to switch from male to female or vice versa, and were, like all of us, unaware of just how many options there actually were.

Those were much simpler times — even for transgender people.

We should not allow the frequency of this stupidity to numb us to how insane it really is. At a university, an educational institution tasked with educating the upcoming generations of leaders (let that sink in), student-politicians are calling a basic recognition of biological fact “hatred.” And we all know what the progressive response to perceived “hatred” is: censorship. What about science? Shut up! they explain.

I had wondered if the COVID-19 pandemic would pause all of this babble for a bit. Several wags have already noted on Twitter and elsewhere that governmental bodies generally sympathetic to the aims of the gender activists have been remarkably binary in their reporting of coronavirus infection rates. We’ve been told how many men have been infected, and we’ve been told how many women have been infected, but there has been a stubborn and hateful refusal to report on how the gender-fluid members of society have fared during all of this. If I didn’t know better, I would think the medical community is trying to erase their existence.

Or perhaps, when we are faced with genuine, real-world problems, we all have to drop the act for a bit and let the adults do their work.