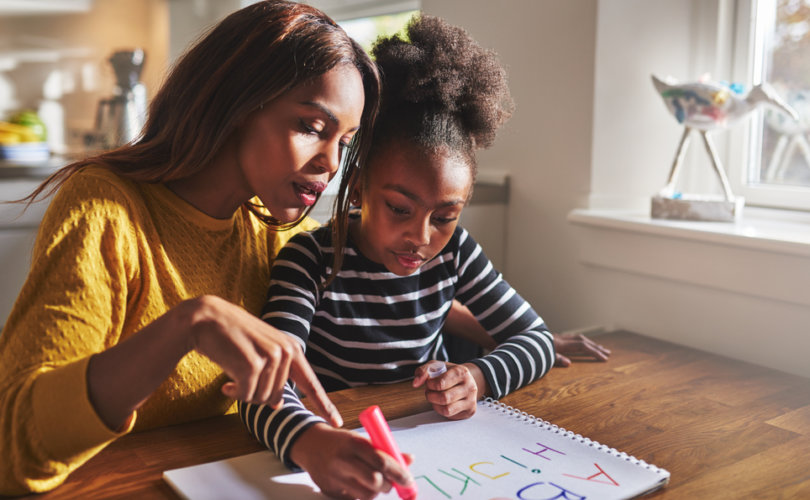 May 29, 2020 (LifeSiteNews) – Yesterday afternoon, Alberta’s education minister Adriana LaGrange introduced Bill 15, the Choice in Education Act. The legislation appears to be, in part, a response to attempts by former premier Rachel Notley and her education minister David Eggen to shut down religious schools that refused to conform to progressive values and set up Gay-Straight Alliance clubs under the guise of “anti-bullying.”

Premier Jason Kenney stated that the legislation “enshrines the belief of Albertans in freedom, diversity, pluralism and choice as well as parental responsibility.”

“Because we believe that parents know better than politicians or bureaucrats about what’s in the best interests of their kids,” Kenney added.

According to LaGrange, this legislation makes good on an election promise to give greater latitude to homeschooling families and protect religious charter schools. Religious schools, she noted, “felt they were not valued or threatened under the previous government.”

Indeed, over twenty schools would have been shut down by NDP Education Minister David Eggen if Jason Kenney had not defeated Rachel Notley for the premier’s office. Christian communities had politically mobilized in an unprecedented fashion to fend off the threat to their right to educate their children according to the tenets of their faith. I attended several political meetings in Alberta during the run-up to the election, and many of the attendees had never been involved in provincial politics until the NDP came after their communities.

According to the CBC, the proposed changes make no changes to private school funding and  would allow those seeking to set up a school to “go directly to the minister,” at which point the Department of Education would ensure the proper consultation:

In addition to these changes, there are also a number of smaller changes, including two additions to the preamble — the introductory part of the statute. The first would add a new whereas statement to the act: “whereas parents have the a priori right to choose the kind of education that shall be given to their children” — which is also the language used in the Universal Declaration of Human Rights.

The second addition recognizes all of Alberta's current choices in education as “valued and as integral” in providing choice in education to students and parents. Included on this list are public schools, separate schools, Francophone schools, private schools, charter schools, early childhood services programs and home education programs.

This development is very positive news, especially the explicit recognition of parental rights in education. It is easy to forget just how brazen the NDP was in attacking the values of religious schools, at one point going so far as to object to the inclusion of the following statement in one school’s “Safe and Caring” policy: “We believe men and women were created in the image of God, after His likeness, and therefore have transcendent, intrinsic worth.” This statement, claimed the NDP, violated the School Act because it was allegedly “unwelcoming, uncaring and/or disrespectful.” The NDP is anti-Christian, and the moment they gained power, they stopped pretending that they were not.

The reaction to the United Conservative Party’s move to protect parental rights and diversity in education was both predictable but once again highly revealing. Gil McGowan, the President of the Alberta Federation of Labour, promptly melted down on Twitter and did what is referred to in political circles as “saying the quiet part out loud.” The bill, he claimed without irony, “paves the way for nutbar religious charter schools & homeschooling that doesn’t follow the curriculum. They’re trying to create an army of brainwashed right-wing warriors. And they accused the NDP of being too political with education!” (By “curriculum,” of course, he means the sort of curriculum he approves of.)

In case you didn’t catch his opinion on religious schools with that first tweet, McGowan followed up: “To add insult to injury, this will pave the way for a money grab so that the government can use YOUR tax dollars to help fund these crazy right-wing, religious schools. No other province gives more public money to fund private schools than Alberta.”

I’m glad McGowan went off the way he did, because he is saying precisely what he and his fellow ideologues think: That Christian, Sikh, Muslim, and Jewish parents do not have the right to educate their children in their own beliefs because they are “religious nutbars.” McGowan, like most progressives, sees homeschooling and religious schools as a threat to his ability to control and shape the minds of your children. His children, if he has any, can go to whichever school he chooses. But that isn’t enough for dangerous, spiteful little men like him. He needs to know that your children are being taught what he believes. And why is that? Because you’re a crazy religious nutbar, that’s why.

How could we ever trust these ideologues to make decisions about the education of our children? They hate us. They have contempt for us. And we must fight them tooth and nail every step of the way to deny them the power they desperately crave—and seek to use.