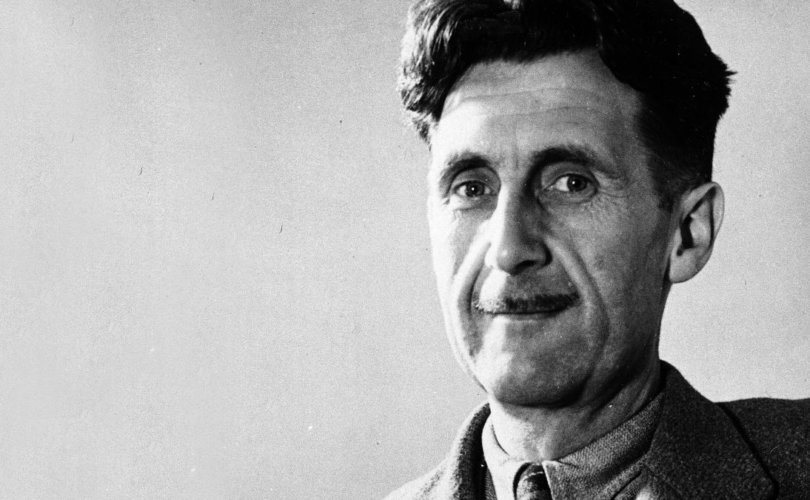 March 10, 2017 (LifeSiteNews) – Over the past few months, left-wing blogs and publications have rediscovered some of the great classics in English literature—especially those penned by a man named Eric Blair, better known to those of us who had to read  his works in high school as George Orwell.

With the rise of Trump, bloggers have decided that America is now on the path to the dystopia of 1984, or perhaps whatever it is that happened in Animal Farm. But if we’re going to spend the next few years waving George Orwell quotes at each other, I’d like to remind my left-wing friends of something important: Orwell was pro-life.

In his 1944 essay “The English People,” for example, Orwell mourned that, “In England of the last thirty years, it has seemed all too natural…that abortion, theoretically illegal, should be looked upon as a mere peccadillo.” This is coming not from a devout Catholic like Hilaire Belloc or staunch Protestant like C.S. Lewis, but from an admitted agnostic who only attended church regularly for a brief time in the 1930s.

Gordon Comstock, the 29-year-old protagonist in Aspidistra, is much like Orwell himself at the time. Gordon comes from a shabby genteel family struggling in a money-dominated society and chooses a bohemian lifestyle early on. Chucking his well-paying advertising job, he tries to become a poet, supporting himself as a bookshop assistant. But Gordon has little success. After selling one poem to a magazine, he squanders his money through drinking and debauchery. And three-quarters through the novel, Gordon faces a much bigger problem: His girlfriend, Rosemary, announces unexpectedly that she’s pregnant with their child. Both are confused. “He did not think of the baby as a living creature,” a horrified Gordon reacts. “(I)t was a disaster, pure and simple.”

The same dilemma has confronted other characters in literature before, but what distinguishes Gordon’s decision is not simply that he chooses life—it’s the way he does it. After the shock of Rosemary’s pregnancy wears off, Gordon consults science and reason to make sense of the situation—but never religion. Once he recognizes the unborn child’s humanity, he consciously identifies with working-class values. Gordon calls Rosemary to tell her to keep the baby, and she’s elated. He promises to get his old job back as an ad writer and marry her—the bohemian is finally settling down.

In the novel, Orwell lays out his view that it was the common, hardworking, dignified and honest working class who, “with their children and their scraps of furniture and their aspidistras…they contrived to keep their decency…They had their standards, their inviolable points of honor. They kept themselves respectable.”  This was in stark contrast to the decadent genteel families, of whom Orwell wrote: “It was noticeable even then that they had lost all impulse to reproduce themselves…. They were one of those depressing families, so common among the middle-middle classes, in which nothing ever happens.”

He may have been a socialist, but today Orwell reads like a traditionalist—and a pro-life traditionalist, at that. Orwell’s character does not just disapprove of abortion, he hates abortion, and hates it instinctually—Orwell writes that Gordon was “disgusted” when his girlfriend suggested they have an abortion. Gordon follows up on that instinctual disgust by heading off to the library to learn what he can about his baby. He discovers immediately the scientific reality of his child’s existence, and feels the responsibility of his baby’s dependence on him:

His baby had seemed real to him from the moment when Rosemary spoke of abortion…. But here was the actual process taking place. Here was the poor ugly thing, no bigger than a gooseberry, that he had created by his heedless act. Its future—its continued existence perhaps—depended on him. Besides, it was a bit of himself—it was himself. Dare one dodge such a responsibility as that?

Orwell saw abortion clearly for what it was – the violent destruction of a human being developing in the womb – and that the presence of that human being demanded a response from other people. Orwell did not reach his anti-abortion position through religion, but from a simple survey of the facts. Those facts were enough to make it obvious to him.

We remember Orwell now as a magnificent critic of racism and imperialism in Shooting the Elephant and a writer who eviscerated Communism in Animal Farm. But as people return to his works to better understand what is unfolding in our world today, perhaps we should begin remembering that Orwell was also a man who believed that the weakest and most vulnerable members of society should be protected, and that abortion was a grotesque violation of that responsibility.