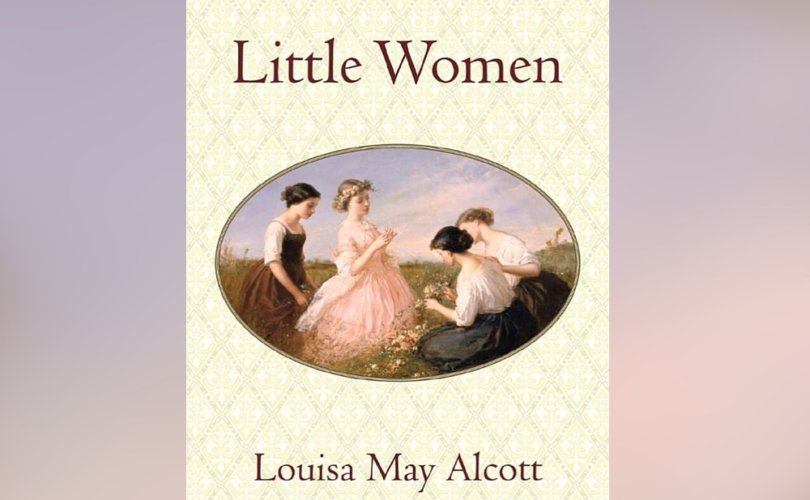 March 22, 2018, (LifeSiteNews) – Early last year, I wrote about the Left’s “war on whimsy” and LGBTQ movement’s attempts to colonize childhood, especially by attempting to hijack and then sexualize beloved childhood characters.

They have attempted to claim that Tintin is gay. They’ve insisted that Anne of Green Gables must have been a lesbian because of her loving friendship with Diana.

In the realm of entertainment, they’ve launched campaigns to have Sesame Street declare that Bert and Ernie are a gay couple, and that Disney give one of their most popular female characters a girlfriend. And now, they’ve moved on to another hero of children’s literature: Jo March of Louisa May Alcott’s Little Women.

I’ve always loved Alcott’s books on the March family: Little Women, Little Men, and Jo’s Boys. Jo was always my favorite, because she was obsessed with her writing. Amy was the one I disliked throughout the entire first book, because she had burned her sister’s manuscript in a fit of rage. Jo, of course, eventually became a writer, met a German professor who both encouraged and critiqued her writing, and married him. Together they opened a school for boys on an estate that Jo inherited from her aunt, a story which is told in Little Men and Jo’s Boys.

Jo March has long been one of Alcott’s most popular characters, which is precisely why she attracted the attention of the LGBTQ activists. According to an exclusive by Entertainment Weekly, a “whole new generation is about to be introduced to Louisa May Alcott’s Little Women…the classic novel will be adapted into a vibrant graphic novel form for young readers, in celebration of its 150th anniversary.” The modern version of Little Women will be called Meg, Jo, Beth, and Amy, and—you guessed it—Jo March is a lesbian. “In this modernized retelling,” EW explains, “the March family is blended, multiracial and LGBTQ inclusive, with updates making it resonant to an even wider swath of today’s young readers.”

Alcott’s Little Women, of course, was doing just fine with readers for 150 years without literary vandals destroying her plot, transforming her characters, and eliminating fundamental parts of the story—parts of the story that have drawn readers in for years. But that apparently doesn’t matter, because Alcott’s March family has now been recruited to promote the Sexual Revolution. According to the author, who describes herself as a “queer writer”:

“I loved Little Women growing up,” author Rey Terciero said in a statement. “Their struggles felt universal to me, especially feeling like I always had less than others. So it’s an absolute honor to be writing a re-telling of it. But [artist] Bre [Indigo] and I wanted to see ourselves in the characters too, which is why we made the family diverse and one of the characters LGBTQ. Jo is my favorite, so I wanted to play with the subtext that may not have been available 150 years ago, but that we can speak openly about these days. Being LGBT myself, I’m just happy to be creating a book that I wish I could have read as a young reader. But it’s also very PG, and very sweet. I wanted to be sensitive with the heavy topics while staying true to Alcott’s vision of empowering young women.”

The author, it seems, “loved” Little Women so much that she mangled it beyond recognition in order to serve her own ideological purposes. She could have written any number of books with gay characters, and in today’s ideological climate, all the schools would buy them and she’d get rave reviews from late night hosts and book reviewers. But instead, she had to vandalize a beloved classic by an author who would be appalled by Terciero’s changes to her characters and her story. Bluntly put, Terciero had no right to “rewrite” Alcott’s beloved novel, and no right to ensure that many children will be exposed to her ideological novel rather than the great classic itself.

I wonder which childhood characters they’ll transform next. Perhaps Pinocchio will come out as trans.