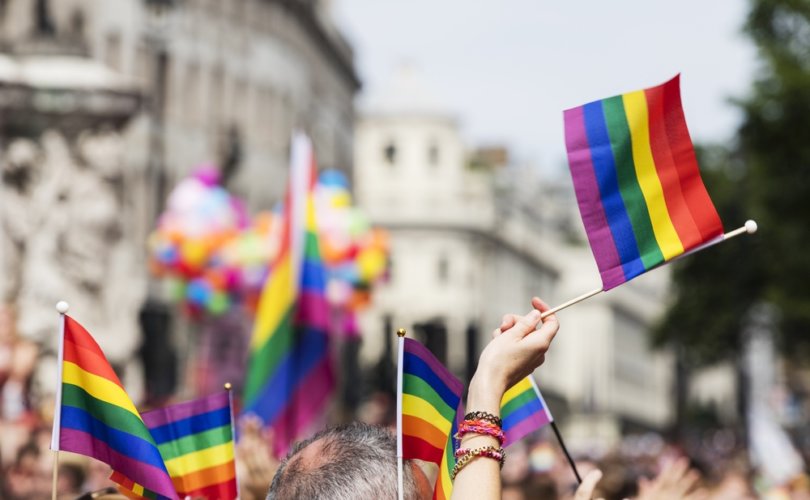 February 27, 2018 (LifeSiteNews) – LGBT forces have pulled out the heavy artillery to force a small Mississippi town to change its mind about denying a permit for a ‘gay pride’ parade.

Two Mississippi State University students, Bailey McDaniel and Emily Turner, filed a federal lawsuit last week against the town, asking a judge to “overrule the city and immediately grant a parade permit to Starkville Pride,” according to an AP report.

“The city banned plaintiffs from speaking in a public forum solely because it disagreed with the viewpoint and content of their speech,” alleges the lawsuit.  “That hostility to their message was inextricably intertwined with hostility to their LGBT identity and pro-LGBT advocacy.”

In other words, the strong language of the lawsuit is meant to intimidate this small town, which is clearly not ready to host a big-city type gay pride parade, by claiming the sole source of the permit denial was ‘hostility.’

The legal drama pits New York attorney Roberta Kaplan against Starkville, Mississippi, a college town which is home to the University of Mississippi.  While the presence of the University no doubt brings a cosmopolitan dimension to the city, Starkville remains at heart a small town.

Kaplan is by no means a frumpy-suited, slow-talking southern lawyer out of a John Grisham novel.

Last week, the young women filing the complaint reached out to the American Civil Liberties Union (ACLU), the Human Rights Campaign and the Southern Poverty Law Center.  Kaplan ended up taking on the case.

If Kaplan’s name sounds familiar, it’s because she represented Edith Windsor before the U.S. Supreme Court in the landmark United States v. Windsor case, which held that the Defense of Marriage Act violated the Constitution by barring the federal government from recognizing legal same-sex “marriages.”

The 2013 Windsor case opened the door wide for the Supreme Court’s Obergefell v. Hodges ruling in 2015 which instituted same-sex “marriage” across the land.

Ten years before the Obergefell ruling, in 2005, Kaplan travelled with her partner, Democratic Party activist Rachel Lavine, to Toronto, Canada where the two were “married.”

This has quickly escalated into a ‘David versus Goliath’ legal battle.  The small town has nowhere near the financial and legal resources that the progressive powerhouses backing the two university students do.

Jennifer Roback Morse, economist and founder of the Ruth Institute, describes just how unevenly matched the parties on either side of this lawsuit are:

Another small town, under attack from national pro-gay organizations. Starkville, MS, population 24,000; per capita income, $22,787, going up against the Human Rights Campaign, with $38 million in annual revenue, the American Civil Liberties Union, with $133 million in annual revenue and the Southern Poverty Law Center, with revenues of $51 million, and an endowment of almost $320 million.

The drama is reminiscent of movies like 1979’s Breaking Away, which displayed the antipathy that sometimes exists between sophisticated university students living on campus and the small, semi-rural or factory towns which host them.

As it turns out, the forces advancing same-sex “marriage” were not at all satisfied with changing the definition of marriage, and have continued to use legal means to forcefully normalize homosexuality and transgenderism in every town, village and borough across the country.

They are no longer trying to win hearts and minds. They are happy to use the nation’s  courts to bully and tyrannize.

Jennifer Roback Morse adds: “The Sexual Revolutionaries cannot tolerate the slightest dissent from their fantasy ideology. You will be made to conform.”