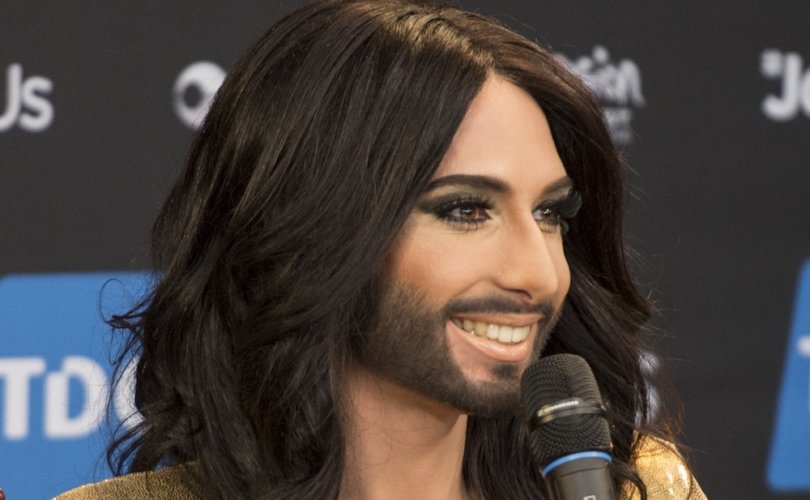 October 5, 2017, (LifeSiteNews) — A British university’s decision to abruptly cancel research into trans people who decide to revert to the sex they were born with has ignited a controversy over academic freedom and political correctness in the U.K.

Psychotherapist James Caspian found out about leftist intolerance the hard way when he proposed a research project on the topic of “detransitioning” to Bath Spa University, in southwest England.

Caspian wanted to study the growing number of people who regret their “gender reassignment” procedures. (“Gender reassignment” is the politically correct term for altering the body through surgery and hormones to appear like the opposite sex.)

The university initially approved Caspian’s research application but then rejected it.

The British Guardian newspaper reports: “When he went back with his preliminary findings that suggested growing numbers of young people, particularly [transgender] women, were regretting gender reassignment, Bath Spa said his proposal would have to be resubmitted to the ethics committee, which rejected it.” [In this context, trans “women” are biological males who “transitioned” to look like and live as “women.”]

Upon learning of the reversal, Caspian said he was “astonished” and inquired as to why.

Caspian is decidedly pro-“transgender.” According to his bio, since 2001 he has been a Trustee of the Beaumont Trust, a British charity “dedicated to education about and support of transgendered, transsexual and cross-dressing individuals.”

A perusal of Beaumont Trust's website reveals it to be very friendly to “transgender” ideology. For example, one piece on the site inveighs against “internalized transphobia,” the “T” parallel to “internalized homophobia” (an idea used to rationalize homosexuality as a natural and normal “orientation”).

Sounding like an American conservative free speech advocate fighting leftist campus political intolerance, Caspian said, “A university exists to encourage discussion, research, dissent even, challenging ideas that are out of date or not particularly useful.”

The Guardian reports that Bath Spa also cited potential damage to the university's reputation by unnamed “blogs or social media” as justification for cancelling Caspian’s project.

“The posting of unpleasant material on blogs or social media may be detrimental to the reputation of the university,” said a university spokesman, without specifically naming the vocal “transgender” lobby that is already attempting to discredit “detransitioning.”

Caspian went out of his way to stress that his research was intended not to harm but to help “transgender” people, telling the Guardian: “I’ve worked for many years with people who have transitioned their gender and I think that when people feel marginalized and vulnerable to criticism, they are very sensitive to anything they may perceive as that, and feel afraid.”

“The idea we might use the information from the research that I was going to do in a way that would not help people is completely wrong,” he said. “The research is necessary to really help people.”

Meanwhile, in America, fear of “trans” activist protests led Philadelphia organizers to cancel two scheduled workshops on “detransitioning” at an annual “trans health” conference in August. Both canceled speakers were pro-LGBT and merely wanted to address health concerns surrounding people who seek to return to living as their inborn sex.

As in the British example, organizers of the Philadelphia event cited concerns over “controversy” and making “sure that the debate does not get out of control at the conference itself” —effectively granting a ‘heckler’s veto” to the vocal “transgender” activist protesters who oppose detransitioning and mischaracterize it as “anti-trans.”

Despite efforts by “transgender” activists to silence the discussion, there is evidence that a growing number of gender-confused people regret their decision to attempt to live as the opposite sex and are reversing their cross-sex pursuits. For most, that begins by stopping the ingestion of opposite-sex hormone treatments (testosterone for women wanting to be “men” and estrogen for men wanting to be “women”).

Videos are proliferating of “transgender”-identified people who regret their opposite-sex “transition” procedures. There are dozens of “detransitioners” on YouTube, such as “Crash Chaos Cats,” a (biological) woman who has stopped after years of taking the male hormone testosterone.

In an August 31 video on her blog, Crash Chaos Cats—who still has a beard from her sustained taking testosterone—said, “Educating health care providers about detransitioned people is more or less about teaching them what we need to be well and happy. It’s not about pushing any kind of anti-trans agenda.”

She said mere hostility by offended “trans” activists should not squelch debate and discussion of issues important to detransitioning people like her:

“I think it says a lot about the state of detransitioned people in regards to the larger trans community that I feel like I have to explain why someone like me would have an interest in attending a conference like Philly and basically prove that I don’t have any ill intentions towards trans people. I know a lot of trans people are totally fine with detransitioned people and wouldn’t have any problem hanging out with us. But some trans people are hostile to us and this hostility is now effectively making it more difficult for us to work towards getting our health care needs met. How is teaching therapists how to support detransitioning patients anti-trans? Other people’s discomfort with us took away an opportunity to educate mental health care workers about our needs as detransitioned people. That’s not ok.”

Walt Heyer, a successful businessman who once thought of himself as a “woman” named Laura and who went through “sex reassignment surgery” before leaving that lifestyle to live again naturally as a man, said the growing number of regretful “detransitioners” confirms what he has been saying for years: that many transsexuals are deeply unhappy, and even suicidal, after having the cross-sex surgery that was supposed to bring them lifetime contentment.

“I perhaps was the first to talk about this years ago,” Heyer told LifeSiteNews. “Everyone said I was nuts, so what will they say now?”

“Some day, the number of ‘detransitioners’ will eventually surpass the ones [transsexuals] who transition [ostensibly to the opposite sex]. You can mark my words,” predicted Heyer, who now, through his books and website, SexChangeRegret, urges men and women not to pursue body-disfiguring “gender reassignment” surgeries and cross-sex hormone therapies.

The “detransitioning” debate parallels an ongoing one between “gay” activists and “ex-gays” regarding the changeability of homosexuality. For decades, homosexual activists have castigated and dismissed people like Stephen Black, Joseph Sciambra and Janet Boynes who have walked away from homosexuality–even denying their existence (it is often charged that they “never really were gay to begin with”).

But despite the intense pressure against them — and a media that often echo LGBT talking points marginalizing ex-“gays” rather than investigate people whose lives have radically changed — men and women continue to find happiness after leaving their homosexual identity behind. Christian ministry like Restored Hope Network and Pure Passion Media seek to share their stories with the public.