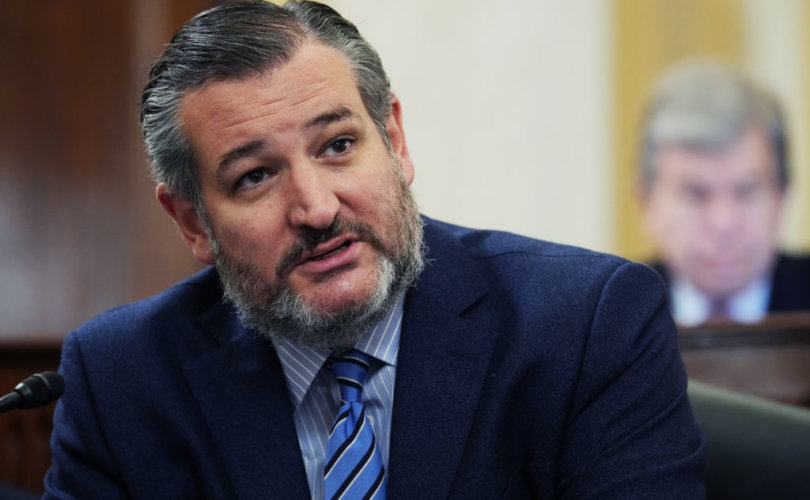 (LifeSiteNews) — LGBT media are facing a backlash after unashamedly exploiting a TikTok post by Sen. Ted Cruz’s daughter in which she suggested she might be bisexual in order to advance their own political agenda.

“Ted Cruz’s teen daughter comes out as bisexual,” blared an LGBTQ Nation headline. “She described herself as bi on TikTok and said she ‘basically disagrees’ with the far-right Senator on everything — from politics to her clothes.”

Another publication with an LGBT-targeted audience, The Advocate, had posted a story with a similar message: “Ted Cruz’s Teenage Daughter Says She’s Bi, Disagrees With Him.”

In a video posted to TikTok, she also accuses her parents of digitally altering a photo for the family Christmas card to make her clothing look more conservative …

But after the video went viral, users noticed that she also included her pronouns and described herself as “bi” in the profile.

A screenshot of a comment thread shows someone asking if her bisexuality “is something he knows” if she was comfortable talking about the subject.

“I haven’t told him yet, I’m kinda nervous tbh but I don’t think he would be mad about it.”

“The teen’s worries could be well-founded,” suggested the LGBTQ Nation report, which went on to describe Cruz as “[o]ne of the most vociferously anti-LGBTQ members of Congress.”

Backlash then erupted against LGBT forces seeking to make political hay from the young teen’s posting.

“Ted Cruz’s daughter is 13 years old. This is exploitation of a minor and disgusting ethical malpractice on the part of the media,” noted Meghan McCain on Twitter. “Stop this. Leave her alone.”

Ted Cruz’s daughter is 13 years old. This is exploitation of a minor and disgusting ethical malpractice on the part of the media.

Stop this. Leave her alone. https://t.co/un4iNVzvUC

“Leave Ted Cruz’s daughter alone!” urged The Spectator World, which was the first conservative publication out of the box this morning to chide LGBTQNation.

“The creeps over at an LGBTQ blog turn a teenager into a story,” read the subhead.

So, here we have someone of an undisclosed age (i.e., potentially an adult) questioning a 13-year-old girl about her sexuality, and whether or not she has discussed it with her parents. In other words, we have a glaring safeguarding red flag — something that looks an awful lot like online grooming. But not to LGBTQ Nation. To them, this is a welcome opportunity to advance an ideology that undermines childhood innocence and parental rights — and, as a bonus, hurt a right-winger.

What a bunch of creeps.

“A teenager rebelling against her parents? Stop the presses!” said the The Spectator World report, tongue-in-cheek.

“[A]mplifying information about a teenager’s sexual preferences to millions of people” not long ago “would have been dubbed not ‘news’ but ‘cyberbullying,’” noted The Spectator, concluding:

Sadly, Caroline Cruz is just the latest teenager to fall foul of slavering creeps keeping tabs on the children of public figures under the guise of “public interest journalism.” Claudia Conway, daughter of Kellyanne and George, was fourteen when internet sleuths discovered her TikTok account and turned her into a (legal) minor celebrity. And Barron Trump was also the subject of unsavory speculation during his father’s tenure as president.

LGBT media and activists appear to be quite happy to exploit a young teen’s social media musings about sexuality and her relationship with her parents. They are also happy to claim her as a member of the LGBT team when she is clearly too young to make such a serious declaration.

Caroline Cruz should absolutely be left alone, and LGBT media should issue an apology for their reckless coverage of an adolescent.