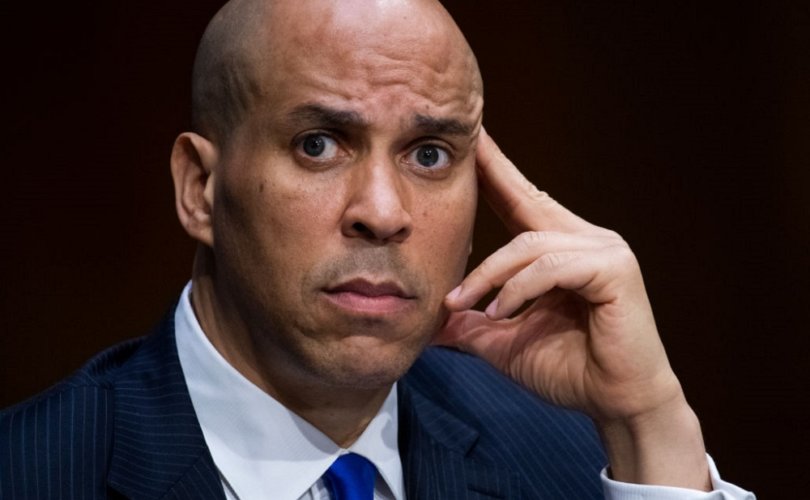 September 1, 2020 (LifeSiteNews) — Hollywood’s efforts to mainstream transgender ideology are as old as the trans movement’s first major public efforts — which is to say, less than a decade old. But since then, many celebrities have bought in completely. As I noted earlier this summer, Walking Dead actor Khary Payton recently announced on social media that his 11-year-old daughter is now his transgender “son.” Charlize Theron is raising her son Jackson as a girl. Cynthia Nixon’s daughter underwent a “transition” to appear male. Most famously, singer Cher’s daughter Chastity underwent “sex change surgery” and came out as Chaz Bono.

Just as Hollywood campaigned for mainstream acceptance of the LGBT movement by sprinkling its entertainment with same-sex “weddings” and gay characters, they are doing the same for the trans movement. There are films like The Danish Girl (the trans movement’s Milk), but also the introduction of transgender children into cartoons, Netflix tween shows like The Babysitter’s Club, and TV shows such as Modern Family (in which the gay dads are terrified that the toddler they’re raising is “transphobic” and “a baby bigot”), CSI, NCIS, Designated Survivor, Grey’s Anatomy (which features a teen coming in for surgery with a trans partner), Orange Is the New Black (which landed Laverne Cox on the cover of TIME), and many others.

Voicing support for the trans community has become something of a required ritual for progressives — considering how rapidly this phenomenon has exploded into the culture, many feel it necessary to let everyone know that they have kept up. This has occasionally humorous consequences, such as the time Senator Cory Booker invented a brand-new LGBT word in his attempt to outflank his Democratic colleagues in his support for the trans community. While lauding the influence of his non-binary niece (?) Avery, his brother’s child, he told Mara Keisling of the National Center for Transgender Equality Action Fund that his “nie-phew” would have a seat at the table if he became president. “Nie-phew,” a word Booker appears to have made up, is supposed to be a combination of “niece” and “nephew.”

In terms of the jerky transition trans activists are attempting to force on the English language, Booker’s invention was the dumbest recent invention. But now megastar Jennifer Lopez is attempting to top him, sharing a video promoting an upcoming short film, Draw with Me, that features one of her family members who comes out as transgender. The film, Lopez announced, is “about accepting change and challenges with love and knowing that whatever we do, anything is possible. Also because Brendon is my nibling.”

I’ll pause to allow you a chortle before noting that according to NBC, a “nibling” is a gender-neutral term for niece or nephew and is probably the (also made-up) term Booker was searching for, as it turns out that his non-binary “niephew,” who uses the pronouns they/them, has much in common with Lopez’s nibling, who also uses the pronouns they/them. Also, it turns out, both Cory’s “niephew” and Lopez’s “nibling” are female (according to NBC, Brendon uses a chest-binder). Naturally, Lopez and her family feel that this incredibly complicated and risky journey should be public. How else would anyone know that they have trans people in their lives?

To be fair, Merriam-Webster claims that “nibling,” which it defines as “a gender-neutral term used to refer to a child of one’s sibling as a replacement for ‘niece’ or ‘nephew,’” is “thought to be coined in the early 1950s, but was relatively obscure for several decades before being revived in recent years” — albeit in a totally different context.

I’d never heard of the term before today, and I suspect that most of you reading this never have, either. But as the LGBT movement plunges forward faster than the English language can evolve, we’ll see more of this.

Young people are increasingly taking their own identities — even their own physical identities — into their own hands, and with that, new terms are needed as new identities are forged. We’ll be sure to hear about niblings again. Despite poor Booker’s best interests, it appears that only he is rooting for niephews.