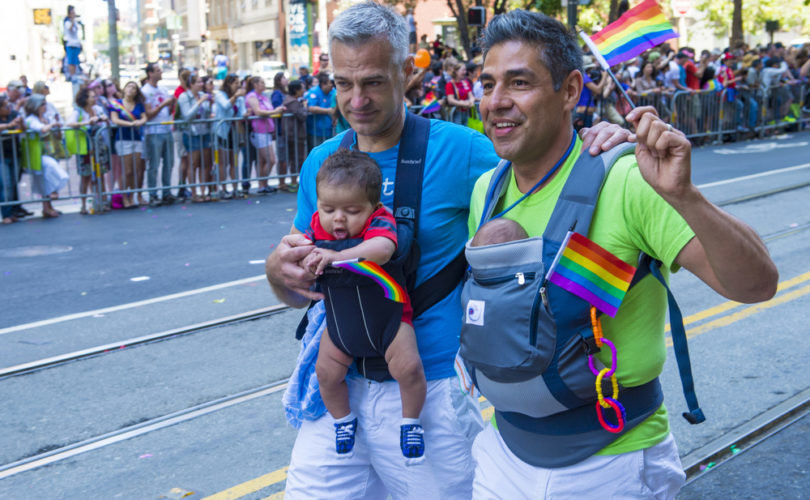 November 21, 2018 (LifeSiteNews) – Once upon a time, when the Sexual Revolution was in its infancy, social conservatives were mocked for their “family values” and the inherent stodginess that increasingly political phrase seemed to imply. The boring squares with their white picket fences and marriages and (often) string of children represented everything the sexual revolutionaries wanted to escape, and everything they wanted to liberate society from. Sexual liberation offered people an opportunity to engage in “free love” without being tied down, and as the Sixties turned into the Seventies, America emerged as an utterly transformed nation.

Things have changed since then. We’ve moved far past the implosion of traditional marriage, the rise of hook-up culture, and the Playboy milieu ushered in by the late Hugh Hefner. Not only was gay “marriage” imposed on all fifty states by the US Supreme Court in 2015, but the transgender movement subsequently took the country by storm, with the elitist trifecta of progressive politicians, the media, and the entertainment industry obediently climbing on board with gusto. And with this second wave of the Sexual Revolution—preceded, accompanied, and helped along by the culture-smashing explosion of digital porn—the libertines changed their tactics.

No longer, you’ll notice, are the LGBT activists mocking family values. Instead, the rhetoric has been completely reversed: They now claim that it is their side that represents “family values,” and that it is social conservatives—and more specifically, traditionalist Christians—who pose an actual threat to these values. It is Christians, the sexual revolutionaries now state accusingly, who are “homophobic,” “transphobic,” and an active threat to their own children if they hold to the moral values that held Western civilization together for 2,000 years. It is those who hold traditional values, the LGBT activists claim, that are directly responsible for gay and trans suicides.

Without the slightest sense of irony, the LGBT movement has abandoned the moral relativism they used as a philosophical vehicle to get the culture to this point and are now claiming that they are, in fact, the New Moral Majority. They believe that Christian adoption agencies should be shut down for declining to place children with gay couples, and anyone who weakly insists that children might be best served by both a mother and a father are furiously shouted down as bigots. Even further than that, adoption agencies and foster care are even declining to place children with Christian parents because of their Christian beliefs. Christians, the LGBT activists warn the public, are dangerous.

This second wave of the Sexual Revolution is different from the first. They are no longer claiming that there is no such thing as objective morality and no such thing as a moral majority: They’re just claiming that Christians are on the wrong side of the greatest moral questions of our day, and that they now make up the new Moral Majority. With rates of porn use at over 80% for men and over 50% for women, the transgender ideology sweeping through the public school system, and the entire entertainment industry pumping the tenets of the Sexual Revolution into millions of minds per hour, their triumphalism is understandable.

The Sexual Revolution was not only a revolution, it was a reversal—and a replacement. As the remnants of Judeo-Christian morality are rooted out of the laws that govern us, they are replaced by new laws and even new definitions of biological reality. Biblical truth, in many cases, is now considered to be hate speech. Religious liberty is also a target, as the LGBT activists insist that it be subject to the new sexual dogmas that have swept our institutions. The debate has now moved beyond a discussion on how people should behave, and how far the law can go in dictating such things. It is now a war over how society should order itself; a battle for the soul of our civilization.

And at the moment, Christians appear to be losing badly.