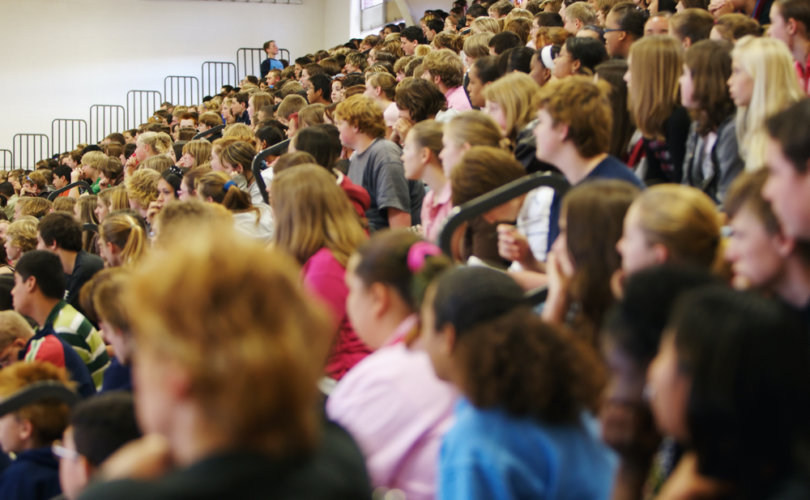 (LifeSiteNews) — As parents and GOP politicians gear up across America to fight the sexualization of children in public schools, progressives and their moderate allies have responded with accusations of a) homophobia/transphobia or b) radicalism. In response to a Florida law banning teachers from instructing kids on sexuality below the age of third grade, for example, activists, educators, and media figures insisted on using the moniker “Don’t Say Gay” to distract from what the law actually banned. And moderates uncomfortable with the current culture wars insisted that calling those who insist on speaking to children about sexuality “groomers” is inappropriate and inaccurate.

But for some reason, new stories about, well, grooming just keep on coming up.

District officials, at least, had the decency to be horrified and released an apology.

“We are appalled at what took place and in no way condone this type of activity in our schools,” the Hempfield School District wrote. “Neither the dress of the invited guests nor the performance was appropriate in our school setting. We are taking the incident seriously in our ongoing investigation and follow-up actions. It is important to district administrators that the district has the trust and confidence of the community, and we realize than an incident such as this completely undermines that trust.”

Video of the show, which was posted by Libs of TikTok and subsequently went viral, revealed drag performers in stripper’s garb performing provocative dances—for students. The teacher who apparently spearheaded the event has been put on administrative leave, and the school promised parents “a thorough investigation” which would hold “those involved accountable, up to and including disciplinary action that is commensurate with any findings.”

Of course, LGBT activists will tell us that a) this hardly ever happens anywhere and b) there’s nothing wrong with stripper drag shows for kids anyways so what’s wrong with you, bigot? After all, this isn’t a solo story—it is one of many. Like last year, when a Florida school board member took elementary school students on a field trip to a gay bar and said she was “so honored” to do so. Or the teacher at a Wisconsin high school, who personally performed as a drag queen for his students at a Fine Arts Week and claims that he’s getting lots of support from community members for doing so.

Of course, aside from a few conservative media outlets, the mainstream media is focused on gaslighting parents by berating them for thinking that drag queen stripper teachers definitely-not-grooming their kids is such a big deal. That’s why videos of these events are not exposed by the Washington Post, or the New York Times, or the Boston Globe—because they don’t think that these are stories worth covering. It isn’t crazy to them that kids are being exposed to this—it’s part of being open-minded in 2022.

And of course, when a solo Twitter account like Libs of TikTok focused on releasing these videos—to widespread outrage from parents who had no idea that this sort of not-grooming was going on in their schools—the Washington Post promptly put one of their attack dogs to work doxing the person behind the account, showing up to personally harass them, and published a long story insinuating that the person uploading unedited videos of these educators was an anti-LGBT bigot for doing so—even when the videos posted by Libs of TikTok were usually videos taken from the accounts of the activist themselves.

Got that? Educators and activists performing drag shows for children: Good. Plucky journalists exposing what adults are doing with kids when parents are not around: Bad.

We should not trust these people within a mile of our children.