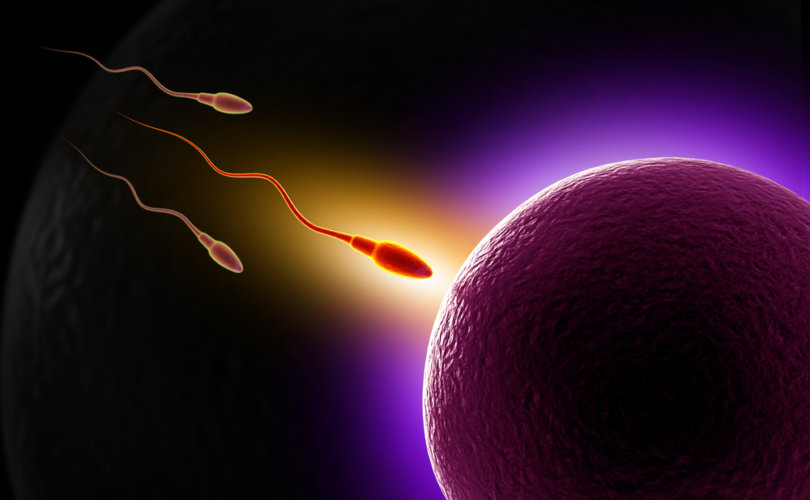 April 25, 2018 (LifeSiteNews.com) – I suppose it makes sense that the Liberal Party of Canada, which under the reign of Trudeau the Younger has decided to style itself the champion of unrestricted abortion, would also consider exploring new frontiers in the ever-expanding territory of “reproductive rights.” This time, Liberal M.P. Anthony Housefather, with the backing of the Liberal women's caucus, is pushing for a legal change so that surrogate mothers and sperm donors can be paid for their “services” – those services being the renting of wombs to other couples and the supply of fresh sperm to those who wish to use it for the purposes of conception. (The confusion abortion activists have about when life begins magically clears up when it comes time to create such lives in Petri dishes.)

It is necessary to have this discussion, Housefather believes, because as the CBC reported, “Canada's current law is out of step with modern families – with same-sex couples, single mothers and women choosing to have children later in life.” The underlying assumption here is that children are a right rather than a gift, and the government must take steps to ensure that those who wish to get rid of their children have the right to abort them, and those that want children have the right to obtain them at all costs, whether those costs be financial or ethical.

As a side note, we've seen the creation of life and the destruction of life tragically meet in recent years. It is a sad fact that surrogate mothers have ended up in court with biological mothers not infrequently over the last decade or so, with biological mothers demanding that the surrogate mothers abort a child they consider imperfect – that is not what I ordered! In our commodity culture, children who entered the world in a Petri dish can now leave it a short time later through the bloody suction tube of the abortionists' aspirator. The market gods are happy.

Housefather plans to table a private member's bill and hopes for the Trudeau government's endorsement – as the chair of the House of Commons justice committee, he believes that restrictions on the commodification of people's bodies and on reproduction are unjust. The current Assisted Human Reproduction legislation, which Housefather wants to see overturned, reads as follows: “Exploiting the reproductive capabilities of children, women and men for commercial gain is strictly forbidden for health and ethical reasons.” Housefather has declared this law to be “paternalistic,” of course.

The chair of the Liberal women's caucus, Anita Vandenbeld, agrees with Housefather, noting that “assisted human reproduction is the one area in law where we are still criminalizing women's bodies.” She didn't follow up and explain why not permitting people to commercialize their bodies was the same thing as “criminalizing” them, but she clearly disagrees with the University of Saskatchewan's biotechnology expert Alana Cattapan, who says “she believes it's wrong to pay people for access to their body parts.”

Bioethics and philosophy professor Françoise Baylis of Dalhouse University concurs with Cattapan, saying selling sperm and eggs is the “commodification of the human body” and can of course result in exploitation and even coercion. A chilling 2010 documentary, Eggsploitation, proves that Baylis's concerns are well founded. Housefather, I'm sure, will tell you that these two female experts are simply guilty of being paternalistic and should listen to him when he says it is time to allow the bodies of women to be commercialized. Choice, and all that.

So far, both the federal Conservatives and the NDP are approaching the issue cautiously, saying they won't take a position on Housefather's proposals until they know a little bit more and find out what Canadians think. That seems fairly typical. It's always a good idea to ensure that ethical considerations are left up to focus groups. In the meantime, we can all dodge a meaningful conversation on the ethics of commercializing the human body in favor of cheap rhetoric about “criminalizing bodies” and “reproductive rights.”