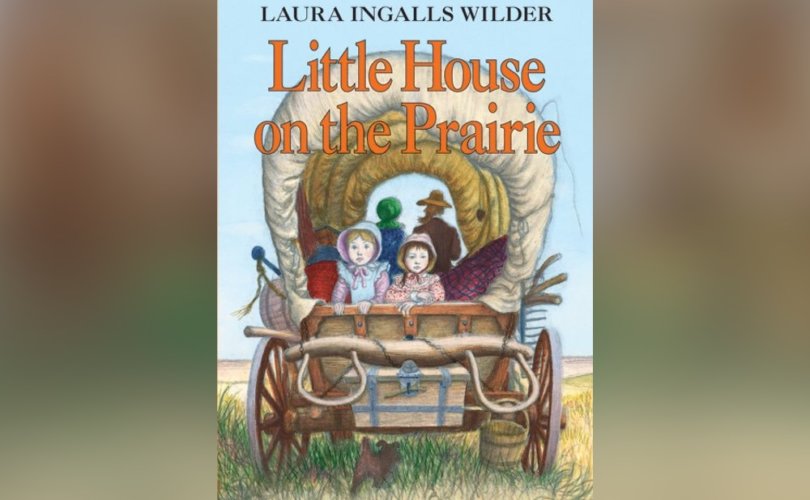 June 29, 2018 (LifeSiteNews) – Every year, thousands upon thousands of people arrive in De Smet, South Dakota in minivans filled with sweaty and excited children. They are here to see a small, nondescript white frame house with a sign in front of it that explains why everyone is here: Ingalls Home & Museum: The House that Pa Built in 1887. My brother and I spent an afternoon exploring there in 2011, driving out to the ancient graveyard on the edge of town where a shiny new sign points the way to the Ingalls grave sites. The little town was full of people, there to pay pilgrimage to America’s most beloved pioneer family, who had in so many ways come to symbolize for so many all that was good and true about the United States itself.

But of course, in the America of 2018, we can celebrate the vilest forms of entertainment and hand out Oscars for perverse and sex-soaked storytelling that makes a mockery of everything America once was, but Laura Ingalls Wilder is simply too offensive. This week, the Association for Library Services decided to strip her name from a prestigious award for authors of children’s literature (a genre which Wilder can be given significant credit for developing.) Her crime? Insufficiently predicting the complexities of 21st century race relations, and thus writing things perceived as insensitive to Native Americans and blacks—although Wilder herself rebuked racism and assured her critics that none was intended in her books, and her stories portray these characters very positively.

This decision is stupid for a wide range of reasons, and sadly indicative of the cultural milieu for others. Wilder’s books—my entire family read and reread them, from my grandparents to my little sister—are an invaluable way of teaching both history and literature, for starters. They open a window into another world, and that Wilder’s simple storytelling has captured the imagination of so many people indicates that there are yet elements of the life she describes that draws people in. That, says commentator Kevin Williamson, may be one of the reasons that many of the elites despise her books in the first place:

Partly, it is a jihad against the Little House on the Prairie books themselves, which are popularly understood as paeans to old-fashioned Protestant virtues and the westward expansion of the United States, two things that give progressives the screeching heebie-jeebies. Partly, it is a jihad against Rose Wilder Lane, the daughter of Laura Ingalls Wilder, a well-known writer in her day whose silent role in the Little House books was something between editor and author. Lane, who still enjoys a following among libertarians with literary interests, was a trenchant (and cranky) critic of the New Deal who protested Social Security and war rationing, denounced Franklin Roosevelt as a dictator, and wrote as a fierce anti-Communist, having seen the ghastly results of that philosophy up close when reporting from the Soviet Union.

Worse, one professor noted, the self-sufficiency that throbs from virtually every page of the Little House books may have actually had something of a political impact, considering the fact that more than sixty million copies of the books have been sold. The sheer usefulness of the pioneer people that populate the pages of Wilder’s memoirs is a rebuke to a generation that finds many such concepts utterly foreign. In a paper titled “Little House, Long Shadow,” Dr. Anita Clair Fellman of Old Dominion University argues that Wilder’s books actually outline something of an ideology that man found themselves attracted to:

Two streams of conservatism, she argues—not in themselves inherently compatible—converge in the series. One is Lane’s libertarianism, and the other is Wilder’s image of a poster family for Republican “value voters”: a devoted couple of Christian patriots and their unspoiled children; the father a heroic provider and benign disciplinarian, the mother a pious homemaker and an example of feminine self-sacrifice. (In that respect, Rose considered herself an abject failure. “My life has been arid and sterile,” she wrote, “because I have been a human being instead of a woman.”) Fellman concludes, “The popularity of the Little House books . . . helped create a constituency for politicians like Reagan who sought to unsettle the so-called liberal consensus established by New Deal politics.”

I’ve long wondered about the enduring modern popularity of Wilder’s books, considering the fact that much of what Wilder describes is no longer recognizable not simply because a century has passed, but because many of the values that informed the lives of the settlers now simply do not exist. How many modern readers can actually understand the rigid observance of the Sabbath day that Wilder describes so vividly in Little House in the Big Woods and Farmer Boy, where one day was set aside for church and quiet reflection on the Bible? How many of them still understand biblical references at all, for that matter? Things that were simply part of the collective cultural consciousness a few decades ago now seem to be ancient history.

It is not particularly surprising, when all things are considered, that Wilder’s beautiful books are falling out of favor with the cultural elites. After all, much of what she tries to convey in her books is out of fashion: Basic virtue, Christianity, self-sufficiency, suspicion of government, and the beauty of family life. People respond to her books because they find something that they love within the pages, and find themselves attracted to the life Laura describes—one that is in equal parts about hardship and the power of a loving family. I suspect that Wilder’s readers will dismiss this latest slander as the feeble ridiculousness that it is—and that this award, whatever it is called now, will be forgotten long before she is.