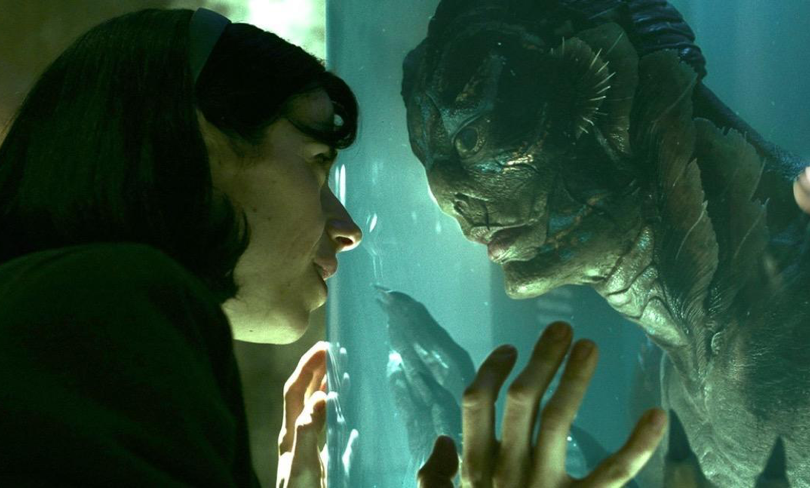 March 14, 2018 (LifeSiteNews) – Earlier this month, I was wedged into the middle seat on an Air Canada flight when the woman next to me decided to start watching a complimentary film that Air Canada had on offer, The Shape of Water—a film that subsequently won the Academy Award for Best Picture. Considering some of the weird things occurring on the screen, I decided to Google the film and find out what it was all about. Which is when I discovered that The Shape of Water, apparently beloved of critics everywhere (I even saw one prominent conservative complimenting it), was about a love affair between a woman and a fish creature from the Amazon River.

As I scrolled through reviews, the thing that struck me was that nobody seemed to find this perverse. This film was, several commentators noted, a “beautifully rendered tale” of an “interspecies romance.” Which was once commonly referred to as “bestiality.” In fact, the director Guillermo del Toro was actually nervous telling the actor who played the fish creature (some reviewers called it an amphibian)—Doug Jones—about the sex scene, because Jones claims to be Catholic. Jones, however, was fine with it.

“The good Catholic boy in me had no qualms,” Jones told one interviewer. “As I told him, I don't even think the Bible has a reference for what protocol there is. Do animals in the wild get married first? I don't think so. And, I know him well enough to know that it wasn't going to be a pornographic scene. It was going to be tasteful and lovely and innocent.”

Um, what? The Bible is crystal clear on “interspecies romance,” which is precisely what this film portrays. This wasn’t two animals. This was a fish creature and a woman. And for some reason, that story has not been condemned as vile or disgusting or even that reviewer favorite, “boundary-smashing.” Considering the reactions to this film, I’m genuinely wondering—did I miss something? I know that it’s difficult to get shocked these days. But a human being and an animal? Having sex? In a film that won Best Picture? That’s okay now?

One guy certainly seems to be pleased—Malcolm J. Brenner, the journalist who released the autobiographical novel Wet Goddess in 2010. That novel describes his love affair with a dolphin—a subject that also became the subject of a documentary. In it, he gloated about having sex with the animal. The Huffington Post described Brenner thusly:

Brenner is a thinking person’s zoophile. He draws a careful distinction between zoophiles and mere bestialists, noting in “Dolphin Lover” that the latter “might just have sex with an animal and walk away,” while the former “is someone who has tender or caring emotions for their animal partner.”

The Huffington Post conducted a full interview with Brenner, wondering whether he considered The Shape of Water a “personal triumph, a sign that zoophiles are at last gaining acceptance in the mainstream.” Brenner told the curious interviewer that he looked forward to the day when society was less religious, so that people like himself could enjoy more freedom:

I would like to think that society will become less religious, because the prohibitions in Leviticus are the only conceivable basis for any laws against bestiality. I can’t see that my boffing my dog has any effect on society, good or ill, as long as I’m not hurting her or abusing her. Laws against animal cruelty ought to be sufficient without criminalizing the act of interspecies sex, which organizations like PETA are trying to do.

I’ve said it before, and I’ll say it again: Our culture’s storytellers are, for the most part, beyond morally bankrupt. They are actively promoting every imaginable type of perverse behavior, and in an extraordinarily powerful way: By creating aesthetically beautiful films that highlight these behaviors as tender and romantic and compelling. I know that many reading this might be thinking that I’m “getting worked up for no reason. “ But again, I’m genuinely curious: When did a story with bestiality being a central theme become so normal that it merited the Academy Award for Best Picture? And when did everyone become so okay with that?

It would seem that Brenner is right: Only the Bible can give people a moral code that allows them to find bestiality repulsive and immoral. Perhaps society should think a bit longer before they abandon it so completely.