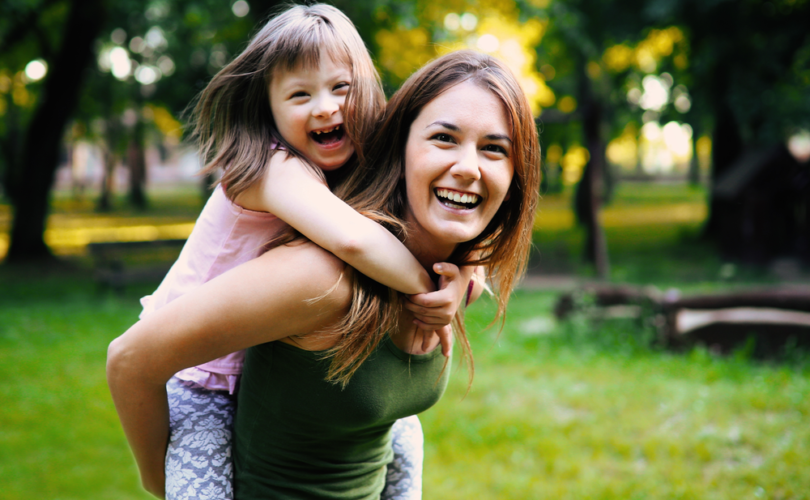 (LifeSiteNews) — It is disappointing, but should not be surprising, that the libertarians over at Reason have come out against overturning Roe v. Wade. After all, nothing is free — somebody has to pay for it. In the case of sexual liberties, it is preborn children. Men get sex; women get abortions. That’s how it works.

Earlier this month, Reason published a long column by Elizabeth Nolan Brown detailing a laundry list of reasons that, from her allegedly libertarian point of view, Roe should remain the law of the land. Brown writes her entire essay as if she has never heard the pro-life position before (which she probably hasn’t). To summarize: Human beings have human rights. Human rights begin when the human being begins. Science tells us when a new human life begins. Brown ignores all of this, and pretends that abortion is about a what, rather than a who.

Abortion should remain legal because it is more compassionate to kill disabled or special needs children in the womb than to allow them to be born. Brown makes clear that abortion is, in the case of such children, generally more compassionate than adoptions. She doesn’t quite call them “useless eaters,” but she comes close, citing ethicists that believe not killing disabled children in the womb might actually be unethical.

— Article continues below Petition —
PETITION: Call on Biden to condemn violent pro-abortion rioters across America!
Show Petition Text
20240 have signed the petition.
Let's get to 22500!
Thank you for signing this petition!
Add your signature:
Show Petition Text

Abortion should remain legal because women could be wrongly convicted (for miscarriage etc.) and doctors could be subject to more government oversight (which, for a certain sort of libertarian, is always a bad thing). This point, of course, is premised on the idea that abortion is either morally neutral or, as per her last point, morally good. There is no recognition of the fact that abortion ends the life of a developing human being.

Abortion should remain legal because banning it would “grow government,” not just with regard to support for disabled children (and more dependents of the state) or oversight of the medical profession, but because laws targeting the distribution of abortion pills could, Brown claims, become “a new war on drugs.” (Yes, if people are buying drugs with the express purpose of poisoning people, then we should do something about that.)

Abortion should remain legal to prevent censorship — specifically with regard to banning information about where to get abortions in states where abortion has become legal. In short, she worries that if preborn children have their right to life (or, to put it a more libertarian way, the right not to be killed) that there would be “less freedom in other realms, too.”

Finally, Brown says that abortion should remain legal because if Roe falls, there will be more political brawls about abortion on the state level. This, in a stiff contest, might be her dumbest point, considering the fact that Roe has utterly toxified federal politics now for decades and transformed America’s political and partisan landscape.

I am not a libertarian, but to be fair to conservatives of that persuasion, plenty of libertarians hold pro-life views based on the “do no harm principle.” Congressman Ron Paul, for example, is famously pro-life, as is his son Senator Rand Paul. Being ideologically libertarian does not necessarily lead to the sort of lethal reasoning put forward here by Reason.

Interestingly, one pro-life Republican had the chance to respond to arguments similar to Brown’s at a U.S. Senate Committee on Banking, Housing, and Urban Affairs. Treasury Secretary Janet Yellen said that banning abortion would hurt low-income Black women in particular, stating, “I believe that eliminating the right of women to make a decision about when and whether to have children would have very damaging effects on the economy and would set women back decades. Roe v. Wade< and access to reproductive health care, including abortion, helped lead to increased labor force participation.”

Sen. Tim Scott of South Carolina responded, “I’ll just simply say that, as a guy raised by a Black woman in abject poverty, I am thankful to be here as a United States senator … Did you say that ending the life of a child is good for the labor force participation rate? To the guy who was raised by a single mom who worked long hours to keep us out of poverty — I think people can disagree on the issue of being pro-life or pro-abortion — but, in the end, I think framing it in the context of labor force participation is, just feels callous to me. I think finding a way to have a debate around abortion in a meeting for the economic stability of our country is harsh.”

I hope the libertarians at Reason are listening.