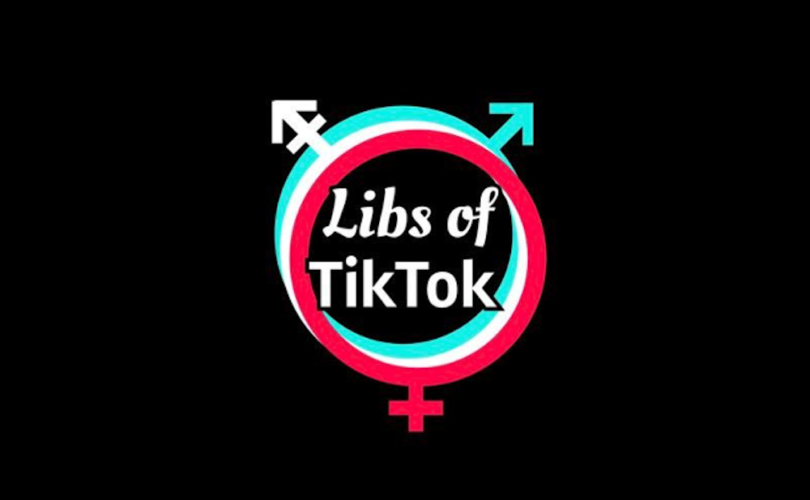 (LifeSiteNews) – Libs of TikTok, a Twitter account that publicizes videos exposing the sexual indoctrination of children, has once again proven how effective it is to simply publish the public activities of LGBT activists. On May 30, they posted a Twitter thread on efforts to expose children to drag shows: “They say it’s innocent. They say it’s just about inclusion and acceptance. They say no one is trying to confuse, corrupt, or sexualize kids. They lie.”

One of the tweets highlighted an advertisement posted to Facebook on May 18 by Dubois County Pride of Jasper, Indiana, advertising a “Family Friendly Drag Show—All Ages Welcome” at a “Pride in the Park” event. The ad announced that drag queens “Braya Grey” and “Amity M Delite” “can not wait to put on a pride-filled show for you all…This event is open for ALL AGES. Make sure to stick around after the event to get some pictures with the girls.” The poster features photos of four drag queens, including “Miss Gay Kentucky UsofA Newcomer 2022.”

READ: The left is furious with the creator of Libs of TikTok because she’s highly effective at exposing them

Look at that. Playing offense works.

Keep going. @libsoftiktok and @realDailyWire got a shoutout too.

Offense. Be activists. You are more powerful than you think. Take your communities back. pic.twitter.com/csBQe692ry

Unsurprisingly, the cancellation enraged those that believe drag shows for children are appropriate. LGBT activist Alejandra Caraballo tweeted: “A drag show had to be cancelled due to safety and security concerns. Twitter just lets this go on while a campaign of terror is being inflicted on LGBTQ people and orgs.” Others chimed in with similar accusations.

The truth is that Libs of TikTok does not do undercover investigative reporting—it publishes video footage, Facebook events, and other material that has already been posted online. No sleuthing was necessary to uncover this “all-ages drag event” — just being on social media. The same is true for the videos Libs of TikTok posts of drag events at schools and the many, many videos of teachers explaining how they indoctrinate children on LGBT issues. Those posting these videos and events online are proud of what they are doing. But as parents and others wake up to the LGBT movement’s agenda for children, they are responding with shock and anger.

That is what makes Libs of TikTok so effective — they ensure that what LGBT activists are saying — again, publicly — reaches a wider audience. Many in that audience are horrified by what is going on, and are demanding that these events be cancelled or limited to adults. Scrutiny, as it turns out, is not good for the LGBT agenda. Libs of TikTok is teaching the parental rights movement an important lesson, and we should all learn from it. The LGBT movement is pushing too far, and parents are pushing back.