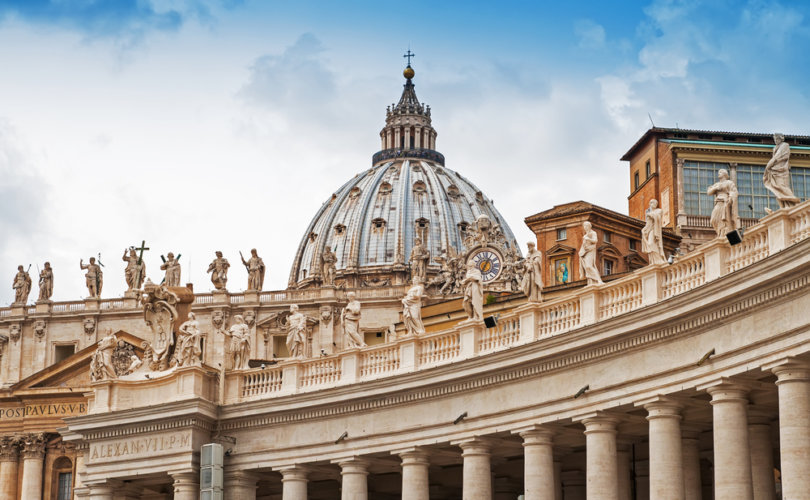 August 28, 2019 (LifeSiteNews) — Left-wing Catholic writer Michael Sean Winters is calling on U.S. Bishops to devise a “pastoral but decisive” response to the growing influence of LifeSiteNews and other tradition-minded outlets in order to prevent what he calls a “de facto schism” in the American Catholic Church.

Winters launched his attack on LifeSite on Friday, August 23 in an essay for the dissident National Catholic Reporter (NCR), where he is a featured columnist.

Founded in 1964, the Missouri-based NCR bills itself as an “independent” news source for Catholics. In reality, the paper is a bastion of progressivist ideology that relentlessly calls for the over-turning of established Church doctrine on a number of issues, including women deacons, birth control, sexual ethics, gay “marriage,” homosexuality, married priests, and transgenderism.

In January 2013, a fed-up Bishop Robert Finn of Kansas City, Missouri told the National Catholic Reporter it should not present itself as Catholic. In February of that same year, Colorado Springs Bishop Michael Sheridan called the website “an embarrassment to the Catholic Church.” In the 1960s, Finn’s predecessor instructed the group to remove the term “Catholic” from its name. They simply ignored his directive, despite being under his jurisdiction.

Winters has long despised LifeSiteNews for its staunch defense of orthodox Catholic teachings. In years past he’s described LifeSite as a promoter of “nonsense” and a “website known for its extremism.” Yet he himself voted for Barack Obama in 2008. He also opposes the practice of bishops refusing communion to disobedient Catholic politicians and he believes bishops who don’t grant active homosexuals a funeral should themselves be refused Catholic burial rites. Winters is a radical on many other Church teachings and often uncharitably attacks faithful Catholic laity and clergy.

So what drew Winters’ ire this time around? LifeSite’s Faithful Shepherds project.

Faithful Shepherds is a website launched by LifeSite in August 2018 that acts as a one-stop accountability database of U.S. bishops’ actions and public statements. The site allows laity to email, send personalized postcards, or call their bishops to urge them to uphold the Church’s perennial teachings. As Canon 212 states, Catholics have “the right and even at times the duty to manifest to the sacred Pastors their views on matters which concern the good of the Church.”

In his seething essay, Winters argues that American bishops ought to spend their upcoming November meeting crafting a plan that confronts LifeSiteNews “and other conservative outlets.” Winters points to Faithful Shepherds as one of the primary reasons bishops need to act.

Winters’ main complaint seems to be that Faithful Shepherds isn’t sufficiently liberal. Upset over the fact that seamless-garment-of-life bishops like Cardinal Blase Cupich weren’t given the same orthodox ratings as Cardinal Raymond Burke and Cardinal Daniel DiNardo, Winters decried the site as “insidious,” “nefarious,” and guilty of “shoddy theology.” It is “dividing the hierarchy” and reflective of “schismatic thinking,” he added, apparently forgetting that bishops who fall into liberalism and modernism divide themselves from the Church.

Winters also didn’t like the way the site ranks bishops on how they reacted to the testimony of Archbishop Carlo Maria Viganò, who Winters accuses of “score settling.” Nor did he think a bishop who refuses Communion to divorced and remarried Catholics is faithful to Christ, a position Faithful Shepherds defends due to John Paul II having definitively stated in his encyclical Familiaris Consortio that the Church cannot admit such persons to the Eucharist.

“The fact that [Faithful Shepherds] applaud[s] bishops who have criticized Amoris Laetitia and denounce those who have supported it is a bit rich,” Winters writes. But, “in this funhouse of extremism, what is sane is presented as heretical and what is a commonplace is considered an outrage.”

Even a cursory glance at Faithful Shepherds indicates it does nothing of the kind. Its rankings are wholly consistent with the Church’s unchangeable doctrines and infallible teachings. Moreover, when Faithful Shepherds first launched in August 2018, thousands of laity from across the world submitted more than 5,000 emails with details about their bishop’s support for or deviation from the Church’s magisterium — a clear sign that laity wanted and need the site. A thorough, detailed analysis of each email was performed and only those that passed an extensive vetting process were put on the site as evidence of a bishops’ faithfulness or faithlessness. The “evidence” that Winters claims is “bizarre” and “tendentious” is simply matter-of-fact, objective truth.

Over the last 12 months more than 1,300 postcards have been sent to more than 100 diocesan leaders in the United States thanks to Faithful Shepherds. Plans are currently in the works to expand it to Canada, England, and Australia so Catholics outside the U.S. can urge their bishops to be faithful to Christ as well.

Winters is not the only Catholic writer targeting LifeSite as of late. Veteran Vatican reporter John Allen, Jr., editor of the liberal Knights of Columbus-funded website Crux, implied LifeSite is using sexual abuse revalations made by Archbishop Carlo Viganò for political ends.

Allen points to the fact that LifeSiteNews, which he calls a “right wing-Catholic outlet,” published remarks Viganò made in July about Venezuelan Archbishop Edgar Peña Parra, one of the top officials in the Vatican’s Secretariat of State appointed by Pope Francis last year.

Viganò maintains that Pope Francis ignored a “terrifying” dossier of sex abuse compiled on the archbishop. Allen said “that these allegations stem from Viganò, whose ideological allegiances are well known, and that they surfaced through LifeSite News is enough to give anyone reason to wonder if political axes are being ground.”

Such groundless attacks are to be expected when speaking truth with charity. As more confusion is sown in the Church, Catholics desperate for good pastors will be looking to projects like Faithful Shepherds in order to know where they can go to keep their faith. Faithful Shepherds is not going anywhere and is not slowing down. It's going to re-double its efforts to make sure Catholics across the world know whether or not what their bishops are saying and doing is faithful to Christ.