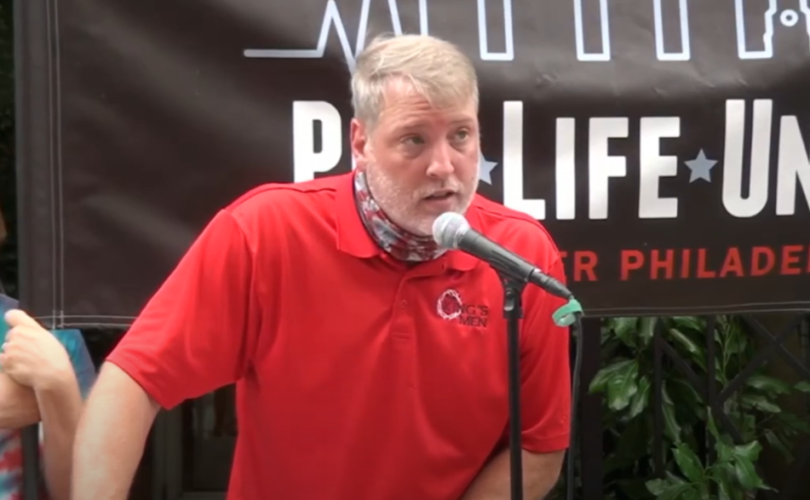 I am grateful for having been LifeSite’s lead journalist on the shocking story of the Houck family having been terrorized by a ridiculously excessive FBI raid.

LifeSiteNews was the first to break the now viral story of the radical left’s latest incident of weaponizing the FBI, yet again, with a disturbing invasion by a small, militarized force into the home of a pro-life and Christian family. That event traumatized the family’s seven young children who experienced this act of betrayal by what is supposed to be the American people’s police force.

Our reporting on the development, which the mainstream media would prefer to bury or manipulate to somehow justify the clearly unjustifiable FBI/DOJ action, has reached far and wide. LifeSiteNews has received massive exposure via a huge amount of re-reporting and sharing on social media of the Houck family incident reports. It has also become an even bigger story rightfully demanding accountability for the FBI and Department of Justice’s frequent abuses of law enforcement powers entrusted to them.

We have often seen LifeSiteNews reports lead to such major, culture-changing movements in response to our investigative news reports.

It is being referenced in the halls of the Senate chambers now as a case of the FBI and DOJ having finally gone much too far with these on-going series of abusive invasions intended to terrorize innocent Americans who disagree with our woke neo-Marxist government.

Senator Josh Hawley of Missouri is proclaiming a call to action. Let the truth ring free! It is unlikely that this would have happened but for our reporting and then sending our reports to numerous other media who acted on this information with their reporting.

This week, after John-Henry shared his video interview with the Houck Family spokesperson, I published a follow up article that I strongly encourage you to read if you have not yet done so.

Since this story broke last Friday, LifeSite’s name and reputation have been galvanized as a leader in pro-life, pro-family and freedom reporting. Take a look at this video of other media outlets covering our breaking story!

You are the reason for LifeSite’s ability to produce fast and relevant reporting of such an important issue. You are the reason we can stand up to injustice, shed light on corruption and cause others to take action to bring about justice.

And most importantly, you are the reason LifeSite’s reporting has been free to anyone with internet access for now 25 years.

Donate today and help us keep the positive momentum going on this story of needed justice for Mark Houck and his family and for all other victims of similar, corrupt and abusive FBI/DOJ actions. Please share my original breaking news article far and wide and keep the prayers coming to help our mission stay strong!

I stand with you for truth, family, and life,

PS – These stories are only told by LifeSite, and told for free. By making a donation today you will join the LifeSiteNews family and continue to make sure that our reports focused on life, family, faith and the truth are told. Help us to help you and all others who read LifeSiteNews articles continue to be among the most-informed citizens on the issues of life, family, faith and freedom that we cover.