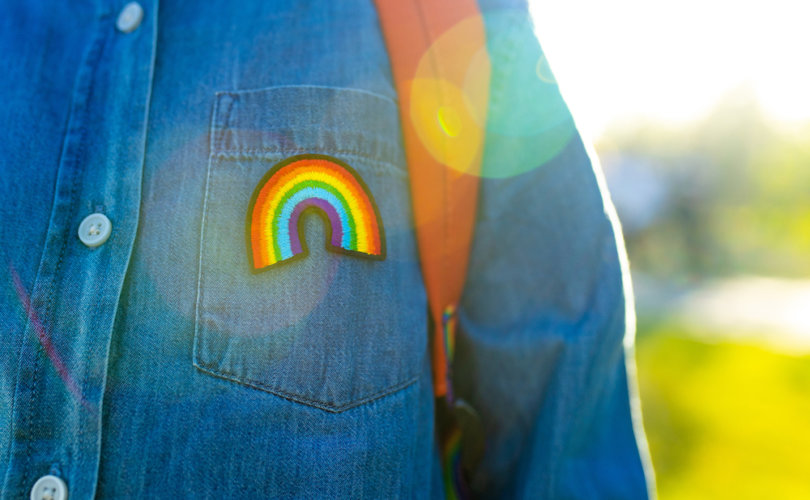 (LifeSiteNews) — A favorite talking point of media bobbleheads such as CNN’s Brian Stelter over the past couple of years, is the alleged danger that comes when the mainstream media is discredited. Conservative and populist politicians have been called out for targeting the media (something Donald Trump did to great effect) and, in many cases, simply refusing to speak to mainstream reporters.

“I just don’t even see what the point is anymore,” one Republican strategist told New York Magazine. “We know reporters always disagreed with the Republican Party, but it used to be you thought you could get a fair shake. Now every reporter, and every outlet, is just chasing resistance rage-clicks.”

Something similar is happening in Canada. In his recent bestseller The Freedom Convoy: The Inside Story of Three Weeks that Shook the World, Andrew Lawton noted that although mainstream media figures frequently sought to mischaracterize convoy participants (he highlighted the notable exceptions), convoy leaders exacerbated misunderstandings by simply refusing to speak to the mainstream press.

I saw this myself when I was in Ottawa—reporters from mainstream outlets were often told, in strong language, precisely where to go when they approached truckers with microphones or questions.

A key characteristic of the mainstream media is that, despite this broken trust, they appear to be utterly bewildered as to why they have become so loathed. Why does nobody trust them anymore? Why, as Brian Stelter plaintively asked, do more people rely on an MMA commentator and comedian like Joe Rogan than people like him?

There are many reasons, a dozen or so of which have been discussed in this space over the past several years. But an example that perfectly highlights why the media is fundamentally untrustworthy comes to us from the Associated Press Stylebook, which is the default style manual for most of the mainstream press. As National Review reported recently:

The Associated Press Stylebook, which for decades has served as the default style manual for most news organizations, has issued a “Topical Guide” for transgender coverage that encourages writers to use “unbiased language” and to “avoid false balance [by] giving a platform to unqualified claims or sources in the guise of balancing a story by including all views.”

Yet the guidance appears to explicitly embrace the language and claims of transgender activists, a move likely to steer newsrooms away from objectively framing the issue.

The AP Stylebook has issued prior guidance related to gender and sexuality, and some of that is repackaged in the Topical Guide. But it does include some updates, together providing an extensive reference for journalists. The Transgender Coverage Topical Guide explains: “A person’s sex and gender are usually assigned at birth by parents or attendants and can turn out to be inaccurate. Experts say gender is a spectrum, not a binary structure consisting of only men and women, that can vary among societies and can change over time.” The guide encourages writers to refer to subjects according to their preferred gender identity. The guide condemns “deadnaming,” or referring to a transgender person’s previous name, because that “can be akin to using a slur and can cause feelings of gender dysphoria to resurface.”

Further, the guide urges journalists to “avoid terms like ‘biological male,’ which opponents of transgender rights sometimes use to oversimplify sex and gender, is often misleading shorthand for ‘assigned male at birth,’ and is redundant because sex is inherently biological.”

— Article continues below Petition —
Parents' Pledge: We will pull our children out of explicit sex-ed classes
Show Petition Text
4849 have signed the petition.
Let's get to 5000!
Thank you for signing this petition!
Add your signature:
Show Petition Text

Writers are asked to refer to sex change surgeries as “gender-confirmation procedures” or “gender-affirming care” because these procedures “can improve psychological well-being and reduce suicidal behavior.”

Abandoning even the pretence of journalistic neutrality, the authors of the guide then specifically condemn legislative efforts to restrict women’s sports to females as well as introduce stricter guidelines around transgender “treatments” for minors.

Now, ask yourself this: Can a critic of gender ideology expect to be given a fair hearing by mainstream media organizations guided by these rules? Can, say, a de-transitioner telling his or her story to a journalist, about being victimized by the growing gender industrial complex, expect to be covered accurately?

The very language that they use to describe their lived experience is explicitly warned against in the Associated Press Stylebook — the premises of the transgender movement are baked into any coverage that uses this guide.

To put it bluntly, the media is approaching anyone who does not agree with the transgender movement from a fundamentally antagonistic position.

I don’t blame people for refusing to speak to much of the mainstream press. As I’ve noted before, I’ve seen firsthand how the media lies about events I witnessed with my own eyes. Until the media grapples with why people don’t trust them — and increasingly, why people won’t even speak to them — the chasm between the newsrooms and the people will continue to grow.