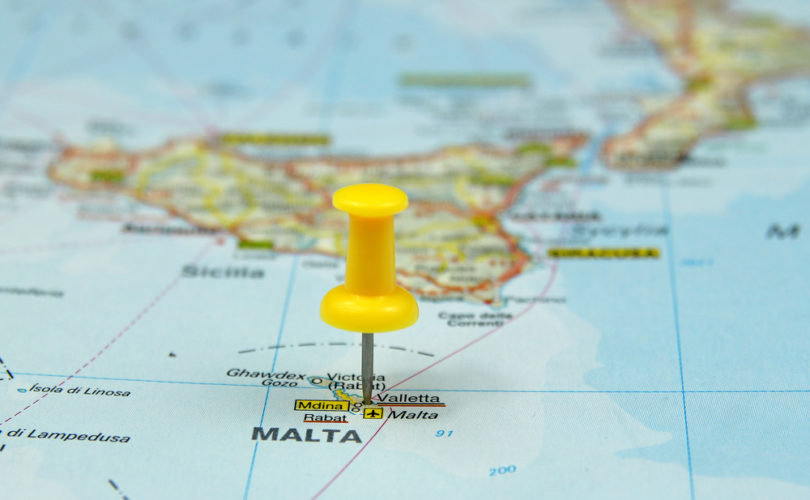 May 13, 2021 (LifeSiteNews) — Last June, I interviewed Dr. Miriam Sciberras of the Life Network Foundation Malta in this space on the ongoing pressure faced by the Maltese government to legalize abortion. With a pro-life prime minister and a pro-life president — Dr. George Vella — who both stated that they will not sign any abortion legislation as long as they are in office, it seemed unlikely at the time that any real political threat to the pro-life regime was imminent.

But on May 12, independent Member of Parliament Marlene Farrugia made global headlines by putting forward a bill that would decriminalize abortion, a first step towards legalization. Malta is the only nation in the European Union to completely ban abortion, and abortion activists such as Lara Dimitrijevic of the Women’s Rights Foundation called Farrugia’s bill “a very important first step.”

Farrugia’s proposal — which involves striking three articles from the Maltese Criminal Code, including the prohibition on “procuring a miscarriage” as well as penalties for doctors performing abortions — shocked parliamentarians, and “triggered a ripple of muttering from stunned MPs,” according to one Maltese media outlet. It appears, however, that Farrugia had coordinated her efforts with abortion activists, who had already gathered outside parliament with banners reading “Trust Women” and “Abortion is already in Malta.” A pro-abortion social media campaign was promptly launched, as well. Not everyone was surprised.

Previously, Farrugia was not known as a pro-choice politician, so it seems likely that this move has been planned for some time. Both of Malta’s prominent political parties have claimed to be pro-life, so abortion activists likely hope that a shock move combined with a groundswell of support from planned protests and international pressure might jar reluctant politicians into action.

In fact, Environment Minister Aaron Farrugia of the Labour Party stated that the matter would have to be discussed, and opposition leader Bernard Grech told the press that the Nationalist Party would discuss the bill in private. Pro-life groups, of course, responded with horror, and the chairman of the Labour Party’s TV station Jason Micallef told Farrugia to “get stuffed.” The pressure from all sides to pass the bill now that it has been put forward, however, will be enormous.

According to some studies, about 400 women travel to procure an abortion each year, while around 200 order abortion pills via the internet. Prosecutions are incredibly rare. Nevertheless, Farrugia proposes that all penalties for abortion and facilitation be removed in favor of a ten-year prison term for anyone perpetrating a forced abortion. A number of abortion activists have already stated that the proposed bill does not go nearly far enough, indicating that any compromise would be short-lived.

There is no guarantee that the bill will pass, and the government, which sets the parliamentary agenda, can stop the legislation from being debated if it chooses. Farrugia and Malta’s abortion activists are gambling that forcing the debate and demanding that individual politicians stand up and be counted on the abortion issue will result in cowardice and climb-downs. Malta’s pro-life politicians and pro-life movement will need to fight hard, fight wisely, and refuse to back down. If they do, pre-born children will retain their rights. If they do not, Malta will go the way of the rest of the West — with all the carnage that accompanies our bloody abortion regimes.