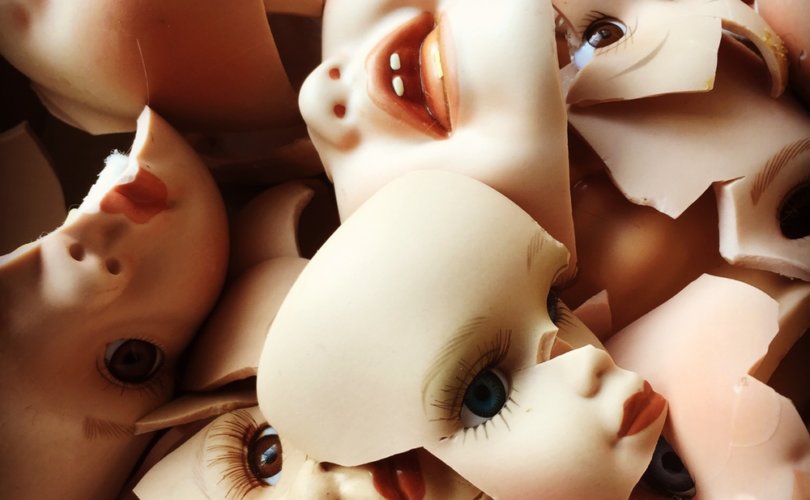 Editor's note: Today marks the 45th anniversary of Roe v. Wade, the landmark decision that legalized abortion in the United States. LifeSiteNews is pleased to bring you this fictional dialogue between a mother at an abortion clinic and her young daughter who asks the right questions.

January 22, 2018 (LifeSiteNews) – How is it that someone cannot see that abortion is wrong—wickedly wrong, horribly wrong, gruesomely wrong? How can there be anyone who does not know that a woman pregnant is a woman “with child,” and that abortion, by “terminating the pregnancy,” has destroyed a human life, an innocent baby human? Modern men and women are so accustomed to wielding a perverse power over nature that they just shrug their shoulders: “Yeah, and so what? There are too many kids already, don’t ya know.”

Imagine a few seemingly impossible scenes at the abortion clinic waiting room. Mama has brought in her little 9-year-old child to wait with her.

Daughter: Mama, why are we here?

Mama: Jane, sweetie, Mama just has to have a little problem taken care of, it will only take a little while. You keep playing with the dolls.

Daughter: What’s the problem, mama? Are you feeling sick?  It looks like we’re in a hospital.

Mother: Jane, Mama has a little baby in her tummy, but we don’t want the baby. So I am going to a doctor who will kill the little baby for me.

Daughter (raising her voice): But mama, I want a little brother or sister!

Mother: Shut up; I could have had you killed, too, but I chose not to, so remember that before you complain about how small our family is.

Mother: Jane, Mama has a little baby in her tummy, but we don’t want the baby. So I am going to a doctor who will terminate the pregnancy.

Daughter: Mama, why do you say it that way? You mean the doctor will kill the baby and throw it away, like the kitchen trash.

Mother (shocked): Oh, no, dear, we don’t speak like that. The State would never allow murder. It must be something else.

Mother: Oh, I don’t know—I think he uses acid to scorch it to death, or he rips apart the limbs and the head, or he vacuums it out.

Daughter: You mean, the way you vacuum up crumbs from the kitchen floor, and then empty the thingy into the trash?

Mother: I need to have this little problem take care of.

Mother: Mama has a baby but she can’t take care of it. So the doctor will take it away.

Daughter: But mama, didn’t God give us this baby? Shouldn’t we take care of it? I mean, love it, the way you love me?

Mother: Hush, child—every child should be a wanted child.

Daughter: Mama, does that mean that the difference between me living and me being killed is that you just decided to keep me? You could have seen me as a problem, too. But you wanted me, and so you didn’t kill me.

Mother: Hush, child; you are not the problem, this new baby is.

Daughter: But I could have been the problem, and you could have chosen to get rid of me.

Mother: Sweetie, I love you and I would never want to harm you.

Daughter: Then why don’t you love my little brother or sister? Why do you want the bad, bad doctor to harm the baby?

(Jane picks up a doll in the clinic office and starts bashing its head against the floor.)

Daughter: Mama, why should I stop it?

Mother: Because this doll doesn’t belong to you!

Daughter (after a pause): Mama, why are you here?

Daughter: What kind of problem?

Daughter: How does a baby get taken care of by a doctor? I thought a mother took care of a baby by nursing it and clothing it.

Daughter: You mean—he destroys it?

Daughter: So you mean the doctor does to the baby what I was doing to the dolly—but for real?

Daughter: So then why do you grown-ups get to bash the baby, when we kids don’t get to break our toys or hurt our pets?

Mother (getting annoyed): Because the toys and the pets don’t belong to you—but the baby is mine and I can do what I want with it!

Daughter: Mama, that doesn’t make any sense. Isn’t a baby worth more than a Barbie doll or a pet rat?  And doesn’t the baby belong to the family, to the world, to God?

These dialogues will never happen, of course—there is only the darkness of deception at the clinic, not the radiance of truth.

This article originally appeared at the Truth and Charity Forum of Human Life International. It has been reprinted here by permission of the author.