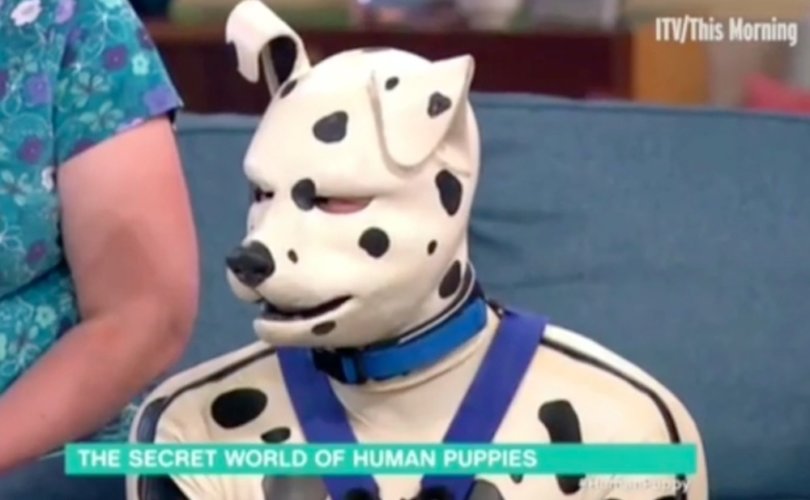 April 8, 2019 (LifeSiteNews) – As a columnist reporting on the latest news from the culture wars in 2019, I often find it difficult to know which stories I should write about, and which stories I should pass by. Because the Sexual Revolution inflicted on the West over the past half-century appears to have metastasized and entered Stage Four, we are now forced to grapple with and discuss concepts and behaviors that would have made our grandparents flush in shame, recoil in disgust, or despair over the state of our culture—and very likely all three. But despite that fact, dealing with the moral confusion and transgender totalitarianism and mangled state of marriage is unfortunately essential.

The reason it is important to follow these stories is that if the last two decades have taught us anything, it is that things that are considered the far edge of the crazy fringe one day are immutable human rights the next. Ideas that we once laughed off as utterly unbelievable to any common-sense, thinking person have been embraced by the elites, who then promptly inform the rest of us that we are required to play along with the trendy new insanities. And if the progressives get their way, our entire society will be restructured according to their revolutionary (and mandatory) relativism. We cannot afford to ignore them, because they do not plan to ignore us.

So with those provisos planted firmly in place, consider the latest insanity in the United Kingdom, reported on by the Daily Mail. Kaz James, a 37-year-old store manager from Salford, Greater Manchester, told the media that he has always felt “weird” and “never felt like a human,” and then realized in his teens that he is a puppy. That is, a young dog, in case that wasn’t clear. He eats his meals from a dog bowl, frequently barks at his friends, snacks on dog biscuits, carries things around in his mouth, and has thousands of pounds worth of rubber outfits, dog leashes, and other paraphernalia to assist in his transformation. He even wrote a book, How to Train a Human Pup, and strives to “be dog” in his whole life.

That being said, James says, “I go about and live my day-to-day life relatively normally. That includes things like putting collars on and barking at people I know in the street.” The word “normal,” it seems, is being forced to work rather hard here. James gets strange reactions too, but he says that his weird behavior is important to “express his inner animal.” He is, after all, a “human pup,” he says. Being a “normal person” is very difficult, he added: “I’m trained and can deal with humans, but I don’t like it, it makes me feel uncomfortable.” This is despite the quite obvious fact that James is not a dog. (Having to write the preceding sentence is a perfect illustration of how absurd we have become.)

He has connected with other like-minded people who feel like he does: “I didn’t ever feel right as a human, I always felt like a dog that was really out of place. I never really had a name for it, being a pup wasn’t a thing I knew about.” He and his other delusional friends get together and do the sorts of things they imagine dogs would enjoy doing if they could think and get together for recreation, which of course they cannot know because, again, they are not dogs. James himself decided he must be a dog at age 17 when “the internet arrived in our house…I realised that my behaviours were quite dog-like in childhood, probably from the age of six. No-one ever talked about it, it was never mentioned.”

Notice the language that James is using here. Just like with the transgender movement, he talks about having feelings of disorientation early in life, and then describes finding his true identity. It might seem crazy, but our society has already accepted the basic premise of James’s argument: That biological reality doesn’t determine your identity, but how you feel. It doesn’t matter that it is nuts for James to say he knows what a dog feels like. It is also nuts for a man to pretend he is a woman because he has always felt like a woman, despite the fact that he by definition cannot know that because he is not a woman. Trans activists might be offended by the comparison, but they can’t be. After all, even the “transabled” are pointing to the fact that the premises of the transgender movement in law allow for their own amputations of healthy limbs.

There are also the “otherkin,” who, like James, decide to live as other species. Then there are the “trans-aged,” who claim to be younger—it is always younger—than their actual age. There is one middle-aged father of a large family in Toronto, for example, who has decided to abandon his wife and children and live as a little girl with an equally delusional couple caring for him. There was also an enterprising Dutch fellow who discovered that the dating scene was getting tougher and asked the courts to allow him to legally change his age from 69 to 49 (they refused.) And of course, there are now any number of different genders you can identify as—or you can identify as no gender at all. Delusion is mainstream, and you can be who you want to be regardless of reality. Carpe diem (seize the day), and all that.

So it may be mildly humorous to read about some clearly unstable person deciding that he is a dog, and then deciding to live as one. But keep in mind that people who share the foundation of his worldview are now in charge. There is a reason that BBC’s Channel 4 ran an entire documentary on these “human pups,” and that each new bizarre manifestation of radical autonomy and revolutionary relativism receives sympathetic media coverage: The elites are tearing down the structures of Western civilization in the name of compassion, tolerance, and diversity.

We should be watching very carefully, because it may soon be illegal to point out the obvious fact that they are all barking mad.