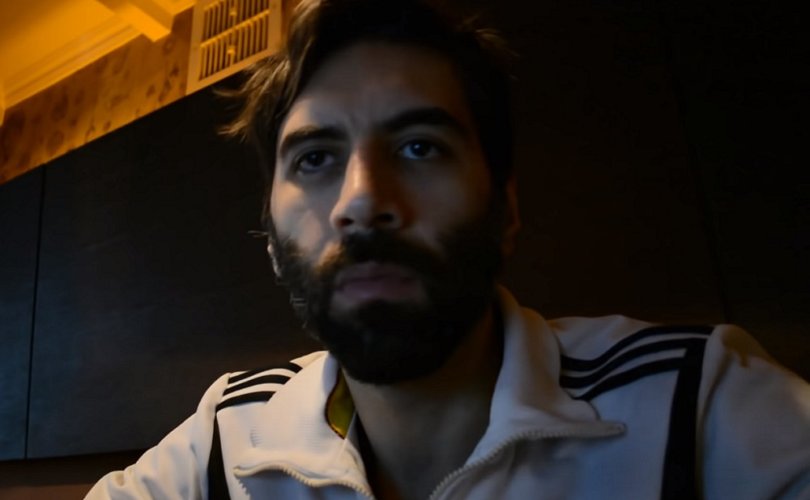 August 13, 2019 (LifeSiteNews) — It is good to hear every now and then of someone who has turned away from a self-destructive way of life. The conversion of Daryush Valizadeh, known as “Roosh,” is an example that deserves some attention. It has received less, I think, at least partly because he has not become a Catholic, but joined the Armenian Apostolic Church, presumably because of his own religious and cultural heritage (he describes himself as half-Armenian and half-Iranian), and partly because he still harbors some peculiar views (more on that later). But it is still an astonishing turnaround. He announced his Christian commitment on March 29, 2019.

So what was he before? To put it bluntly, he made his living from fornication. On the basis of vast experience persuading women to sleep with him, he wrote books and gave talks and workshops about it, facilitating the sexual sins of other men. He was one of the premier “pick-up artists” of the world.

“The road of excess,” wrote William Blake, “leads to the palace of Wisdom.” It is dangerous to take too much comfort from Blake’s idea. Not everyone is given the chance to follow that road to its conclusion; others prefer to move from one vice to another, when they get bored, and there are always more to try. Nevertheless, it does happen occasionally. Roosh discovered by the age of forty that the vast amount of time, effort, and thought he put in to casual sex did not give him deep satisfaction. Not only that, it was warping his personality.

For the longest time, I thought I was just an animal that could “do what thou wilt.” I wanted to sleep around, be “free,” spread my “wings,” experience all I could, and design my own lifestyle in a faraway land, but there are built-in limitations to my existence that have blocked those attempts. If I chose to ignore those limitations and continue transgressing moral law, the subconscious guilt would start controlling me like a parasite controls its host, and I would soon find that my resulting “self” is merely a manifestation of behavior that is not compatible with life as it was created for me.

In particular, he attributes the bitterness toward women that characterized his writing and speaking to this guilt. He came to hate the very women he was pursuing.

I do not wish to link to his website because it is clear that this bitterness still lingers — not only toward women, but toward conservatives, liberals, and indeed apparently more or less everyone. Conversions are not, usually, instantaneous, miraculous cures. We only gradually free ourselves from the consequences of a sinful lifestyle lived for decades. It is interesting and important, nevertheless, that such a prominent proponent of sexual depravity should publicly repudiate it.

Roosh did what countless men do today — approach women in bars and so on with the hope of chatting them up and sleeping with them — but he did it not dozens of times, but tens of thousands of times, taking note of how women reacted to slight variations in chat-up routines, comparing the responses of women in different countries, and writing it all up.

Three things in his experience evidently contributed to his eventual rejection of this way of life. One is the obvious one: that sleeping with hundreds of people may be what you think you want, but it doesn’t actually make you happy.

The second is related to this, which is that he began to consider marriage and children. He could see that casual sex was destructive of women’s moral character, and that the last women he would consider for marriage were the one who fell most easily into his bed. This created a tension. While keeping an eye out for a more classy woman who could, and would want to, sustain a marriage, he was not only gravitating towards the less classy ones, but actually contributing to their moral degradation by having casual sex with them.

The third is that his exhaustive research led him to conclude that the key aspect of male attractiveness to women, which men have some control over, is in appearing to be not “needy” or “desperate,” but instead independent, or even aloof. This rapidly sent him on a collision course with feminism, which in some of its forms is in favor of female promiscuity but hates the idea of women looking up to their men. Anything resembling traditional gender roles makes for serious tension with the free-for-all of the modern “sexual marketplace.”

Sexual sins are not the most serious sins, but as Our Lady of Fatima observed, “the sins which cause most souls to go to hell are the sins of the flesh.” Not many commit murder, and few have the chance to engage in sacrilege, but fornication kills the soul, too, and it is almost compulsory for unmarried people today. Let us hope Roosh’s conversion is an inspiration to others to leave this way of life behind.