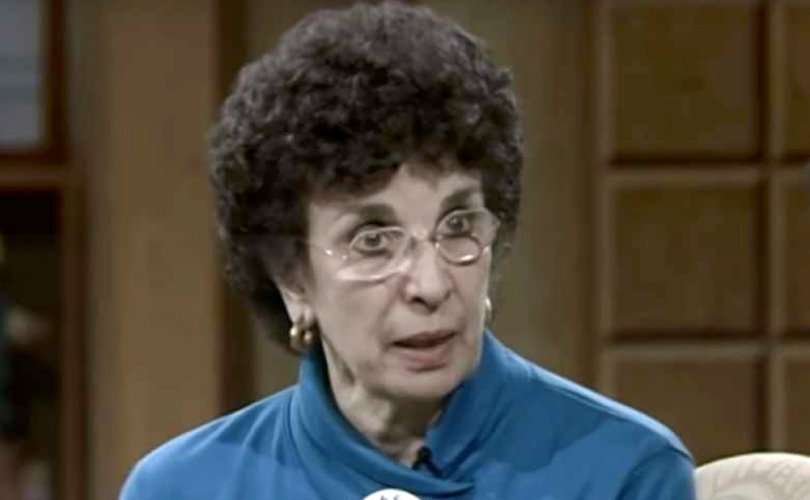 January 19, 2018 (LifeSiteNews) —This slightly revised version of my August 22, 2012 blog post is even more important today. That is because of the inexplicably aggressive opposition to the Heartbeat Bill by some of the leading US pro-life organizations and pro-life political leaders. This would have greatly distressed Nellie Gray.

What is worse is that this opposition is occurring during the extraordinary window of opportunity of having (for now) the most pro-life President ever, who would very likely support and strongly talk up the bill – if only the pro-life leaders would get their act together about what they claim about wanting to stop ALL abortions.

I can't imagine what President Trump is thinking when he sees a powerful bill – with strong congressional support and which would prevent most abortions – being actively opposed by some pro-life leaders who instead promote a bill that will only ban the killing of a comparatively tiny number of abortion victims who are born alive (although that is also a worthy bill to support).

Political pragmatism betrays that one does not believe in the power of truth and grace and that one foolishly believes they can actually predict for certain, like a crystal ball, what will and won't work politically and legally. It is a siren song that appeals above all to human pride.

I have come to despise political pragmatism when it comes to life and death issues. It has caused much unnecessary heartbreak over the years, has been the bane of the pro-life movement and is, in my view, a form of denial of Christ.

It sends the message that  Our Lords's all-powerful truth, his grace and relying on Him above all else, are just not good enough. I cannot see that we can ever win with that attitude of the superiority of political “experts'” earthly strategies versus trust in God.
…………

WASHINGTON, D.C., August 22, 2012 (LifeSiteNews) — The death of Nellie Gray on August 13, 2012 has led to more reporting of the March for Life Fund’s “no exceptions, no compromises” Life Principles which Gray strongly promoted all during her years of leadership with the march that began in 1974. In the video of a September 14, 1994 EWTN television program in which Gray was interviewed by Mother Angelica, Gray was given an opportunity to fully explain her position (from start to 12:00 minutes) which in her view was the only one that a true pro-life leader could hold.