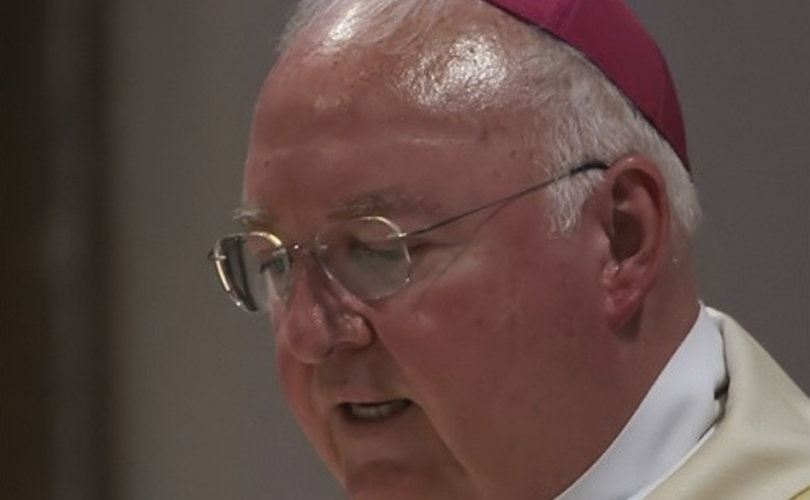 SANTA CLARA, California, July 12, 2017 (LifeSiteNews) — Peruse the online biographies of the St. Clare Parish Council in California and one comes across this line: “John and his husband Willie are the parents of twin third graders at St. Clare School.”

As it turns out, not only is “John” a member of the parish council, this man who is “married” to another man is also employed by Catholic Charities, “training psychology interns and providing bilingual mental health services.”

For the last decade or so, local Catholic Charities across the country have been chased out of the adoption business in one jurisdiction after another because of their belief that children deserve both a mother and a father. Yet that belief evidently does not extend to employees at Catholic Charities of Santa Clara.

Parish Is Under Pro-LGBT Bishop McGrath

Just two weeks ago, McGrath issued a terse letter to the priests and other religious of his diocese, asserting his own interpretation of the Church’s magisterial teaching because orthodoxy is “confusing.”

McGrath was responding to Illinois Bishop Thomas Paprocki who, following Catholic teaching, said those in same-sex “marriages” shouldn’t present themselves to or be admitted to Holy Communion, nor should they receive a Catholic funeral if they died without showing signs of repentance.

McGrath’s June 29 directive began, “Recent news reports of policies and practices related to members of the LGBT community in other dioceses can be confusing.”

“I take this opportunity to assure you that the pastoral response in the Diocese of San Jose remains just that: compassionate and pastoral. We will not refuse sacraments or Christian burial to anyone who requests them in good faith,” he added.

“Finally, let us remember and be guided by the words of Pope Francis: ‘The Eucharist is not a prize for the perfect, but a powerful medicine and nourishment for the weak.’” he said.

If being an active homosexual — engaged in same-sex marriage — does not bar one from receiving the sacraments, then of course it makes sense that men “married” to men and women “married” to women should be welcome to serve on parish councils.

The diocese also openly boasts a “Catholic LGBT Ministry” that “offers a monthly ‘All Are Welcome’ Mass for LGBT Catholics, their families, friends, and all our brothers and sisters in Christ.”

New Ways Ministry, a pro-LGBT group previously condemned for representing itself as a Catholic organization, welcomed McGrath’s letter, “instructing clergy and religious in the diocese to be compassionate and inclusive when it comes to pastoral care. [sic] a direct repudiation of last month’s alienating directives from an Illinois bishop.”

The posting continues, indirectly condemning Bishop Paprocki while extolling McGrath. “But beyond that, his letter is significant because, even if indirectly, he is publicly challenging a fellow bishop. This development is a sign of health in a church where there is too often silence from bishops when their peers act inappropriately. More U.S. bishops should follow McGrath’s example by issuing guidelines of welcome and inclusion.”

LGBT Media has seized upon the story. The Advocate headline blares, “San Jose Catholic Bishop Welcomes LGBT People to Receive Sacraments.” The article informs readers that “McGrath has a history of being LGBT-welcoming, even though the church officially opposes same-sex relationships and gender transition.”

On the other side of the country, efforts remain in full force to normalize homosexuality, where gay and lesbian couples long for a time when “LGBT couples can be equal to straight couples in the eyes of the Catholic Church.”

In the Archdiocese of New York, leaders of “gay and lesbian ministries” in three separate parishes openly flout Catholic teaching on sexual morality, saying their lifestyle choices are part of how God made them.