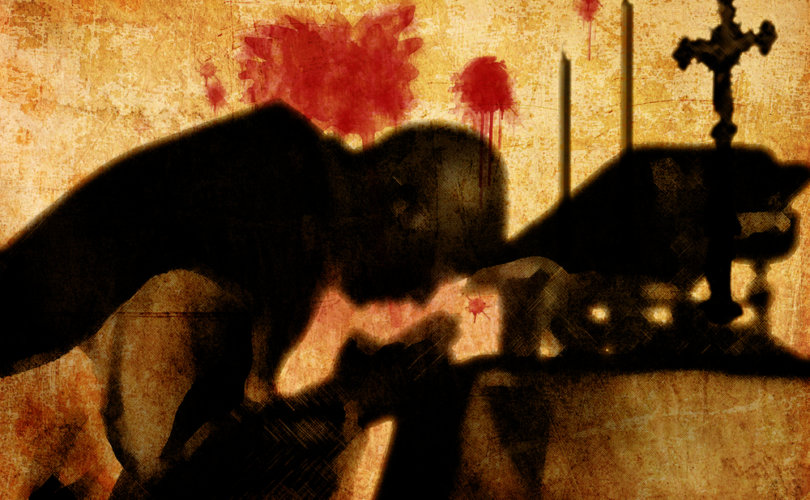 February 21, 2019 (LifeSiteNews) –​ The Roman Martyrology began as an ancient listing of the names of martyrs on their “dies natalis,” that is, their birthday into heavenly glory. It was organically added to, century after century, as confessors, doctors, monks, hermits, friars, virgins, widows, kings, queens, and others joined the triumphant march of martyrs down through the ages. This book is a liturgical book because it is recited or chanted as part of the equally ancient office of Prime. (It is customary to read the following day’s list of saints, which mentally prepares us for First Vespers of any great feast that may be coming, and in general, puts us in mind ahead of time of the saints we wish to remember.) It, too, transmits the Faith of the Church, and continues to be used by religious, clergy, and laity who adhere to the usus antiquior or older form of the Roman Rite.

Tragically, in spite of its antiquity and its integral role in the sevenfold daily praises of God, the office of Prime was abolished at the Second Vatican Council. The liturgical reform produced a new version of the Martyrology that bears about as much, or as little, connection with its predecessor as the Novus Ordo Missae of 1969 does to its predecessor, the Missale Romanum of 1570. Due, moreover, to the abolition of Prime, the new Martyrology has never found a secure foothold, and is extremely rarely used today—one sign of which is the rarity of the Latin editio typica and the lack, even today, of an English translation. Ironically, the old Martyrology in its last edition from 1956 is widely available in multiple new English editions (like this one).

When all is said and done, the Martyrology is a catalogue of victors, so beyond its loud proclamation of the truth of the communion of saints, its exaltation of Christian states of life, and its testimony to the prevalence of miracles in the life of the Church, we do not find many instances where it bears witness to specific doctrines. However, the traditional Roman Martyrology speaks loud and clear on certain matters, and one of them is highly pertinent to the confusion in which we find ourselves today—namely, the severe judgment on Islam found in its pages.

As I was reading the Martyrology for today, February 21, my eyes rested on the following entry:

At Damascus, St Peter Mavimenus, who said to certain Arabs who came to him in his sickness: “Every man who does not embrace the Catholic Christian faith is damned as Mohammed, your false prophet, was” and was slain by them.

Unlike Pope Francis, who co-signed with a Moslem leader a declaration that asserts, inter alia, that God wills a plurality of religions, St Peter Mavimenus spoke the truth with simplicity and fortitude. In his words are condensed the only proper Christian attitude towards Islam: an unequivocal repudiation of its errors, which are all the more dangerous to the degree that some truths of natural religion and some fragmentary truths of revelation are mingled in with them. The assertion to which Francis placed his signature is erroneous and heretical, as Dr John Lamont and Bishop Athanasius Schneider have shown.

Here are some examples of the entries to be found in the old Martyrology:

In Morocco, Africa, the passion of five proto-martyrs of the Order of Friars Minor, namely, Berard, Peter and Otho, priests, and Accursius and Adjutus, lay-brethren; for preaching the Catholic faith and because of their rejection of Mohammedan Law, after divers torments and mockeries, were beheaded by the Saracen king. (January 16)

At Cordova in Spain, St Eulogius, Priest and Martyr. On account of his fearless and outstanding confession of Christ, he was scourged and beaten with rods, and finally beheaded in the Saracen persecution. He merited to have part with the martyrs of the city for he had written of their fight for the faith and wished to join them. (March 11)

At Cordova in Spain, St Perfectus, Priest and Martyr, who was beheaded by the Moors for disputing against sect of Mohammed, and courageously professing his faith in Christ. (April 18)

At Cordova in Spain, St Aurea, Virgin, sister of the holy martyrs Adulf and John; for a while she apostatized through the persuasion of a Mohammedan judge, but, quickly repenting of what she had done, she overcame the enemy in a second contest by the shedding of her blood. (July 19)

At Cordova in Spain, St Paul, Deacon and Martyr, who rebuked the heathen princes for Mohammedan impiety and cruelty, and preached Christ with great courage: by their command he was slain, and passed to his reward in heaven. (July 20)

At Cordova in Spain, the holy martyrs Adulf and John, brothers, who were crowned with martyrdom for Christ’s sake in the Arab persecution. Their sister, the blessed Virgin Aurea, was inspired by their example to return to the faith, and later suffered martyrdom bravely on July 19. (September 27)

Near Ceuta in Morocco, the passion of the seven holy martyrs of the Order of Friars Minor, namely, Daniel, Samuel, Angelus, Leo, Nicholas, Ugolino and Domnus, all of whom were priests except Domnus. There they suffered insults, bonds and stripes from the Saracens because they preached the Gospel and put to silence the sect of Mahomet; finally, they were beheaded and thus obtained the palm of martyrdom. (October 10)

Perhaps most haunting of all, given the current circumstances, is this entry:

At Monte Cassino, blessed Pope Victor III, who as the successor of Pope St Gregory VII shed a fresh lustre on the Apostolic See, and with God’s help gained a famous victory over the Saracens. (September 16)

Like St. Pius V, Bl. Victor III fought the Moslems, rather than capitulating to them, as his successor Francis does with his attitudes on European immigration and his willingness to enter into agreements that confuse Catholics who are already pickled to the gills in religious indifferentism.

In Robert Reilly’s The Closing of the Muslim Mind: How Intellectual Suicide Created the Modern Islamist Crisis, we learn of the great struggle within Islam from the 9th to the 11th centuries between the Hellenized Muslims who valued the role of reason and the fundamentalists (as we would recognize them today) who held it in suspicion or denigrated it. The latter obviously won the victory, and since then, the phrase “en sha’Allah” denotes everything in Islam—“if God wills it.” As Pope Benedict XVI argued in his Regensburg Address, God is reduced to nothing but pure will.

There is a curious and disturbing connection here, as we watch the same reductionism happening to the office and role of the pope. Instead of being seen as a voice of the Logos, a witness to reason and revelation as they echo through time in the Church, the papacy becomes a sheer exercise of volition: authority reduced to will-power. As in Islam, God is reduced from loving wisdom to almighty will, so in the Vatican, the pope is reduced from a servant of perennial doctrine to a domineering engineer of change. No one, then, should be surprised that this pope was able to sign the document on human fraternity in the UAE: a papacy of will enters into agreement with a religion of voluntarism.

We enter into dangerous waters indeed when our faith, founded upon Sacred Scripture, Sacred Tradition, and the confident use of reason, is made subject to the will of an individual with an agenda, and treated as a commodity that can be negotiated at the table of interreligious dialogue.

Here we have an obvious clash between the traditional faith of the Church, represented by the lex orandi of her Martyrology, and the novelties propounded by Francis, who endeavors to introduce a new lex credendi on adultery, sacramental access, capital punishment, and religious pluralism—and who finds his path clearer because of widespread lack of access to the older liturgical books, which enshrine the constant belief of Catholics.