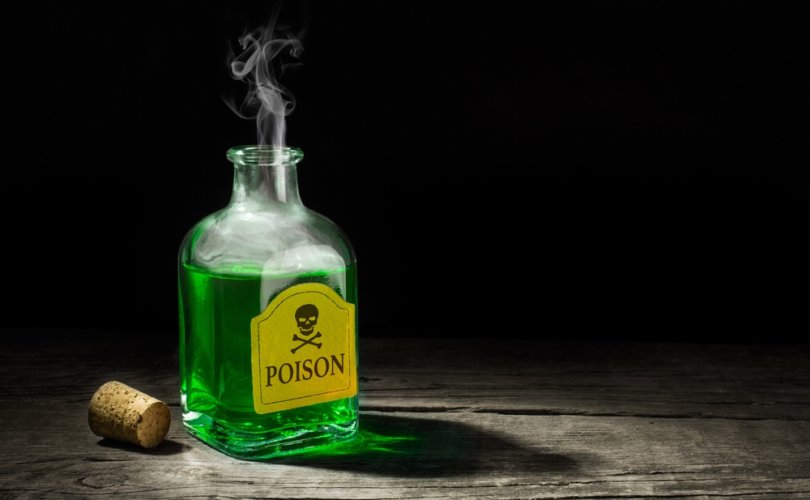 March 6, 2018 (LifeSiteNews) – Why was it such a big deal when “the Bloody 14” Catholic Senators voted against a ban on abortions after 20 weeks of gestation? Why was Bishop Paprocki acting justly when he chastised one of the them (Senator Durbin), stating publicly that until he repents of this crime, he may not receive Our Lord in Holy Communion? Why are bishops who do nothing about this or similar scandals—like Georgetown University’s cynical celebration of Durbin—personally guilty of complicity in grave sin?

All of the inhumanity for which the twentieth century has gone down in history as the blackest of centuries is concentrated in each act whereby a developing child, quietly curled up within its mother’s womb awaiting delivery into the human world, is sliced apart or dissolved by poison. The dark spirits behind Hitler, Stalin, Pol Pot, Mao, and every other dictator who consigned the innocent to death are busily at work in the hands of the abortionist. And behind their hands is the devil and his angels, who are eager to snuff out the natural and supernatural lives of as many of God’s rational creatures as they can.

Let us not be lulled into thinking that the evil carried out by Hitler and the Nazis is a thing of the past, “never again” to be repeated, as the naïve slogans say. The abortion industry has far exceeded in its toll of murders anything that Hitler or Stalin could have dreamed of. As Thomas J. Craughwell wrote:

The Nazis’ first victims were the weakest members of society: disabled children. Officially, they were known as “life unworthy of life”; a cruder term was Ausschusskinder, “garbage children.” Physicians administered overdoses of sedatives which “put them to sleep,” as one physician who participated in the euthanasia of children put it.

The human world becomes inhuman when it denies being to a new man or woman. Such an act turns man into an ugly ape of “the Lord and giver of life.” Through it man becomes a cruel and arbitrary dictator, exceeding the worst arrogance and megalomania that could ever be attributed to religious fanatics or political dictators.

How dare we deny to the unborn the right to live, as we ourselves live? To think that one may take another’s life into one’s own power and do with it as one pleases is the root of tyranny. When false arguments are swept away, only one thing remains: the violent exercise of brute force upon unprotected life, violence countenanced by law—by a law that is no law, but an abuse, parody, and solvent of law.

Abortion is really a question of power: who can commit murder and get away with it? What bully is in charge? This violence has unmistakable parallels with the practices, so routinely contemptuous of human life, characteristic of twentieth century mass political movements and tyrannies. The spread of such brutality infects and numbs the entire world, killing compassion no less than lives, killing consciences and deadening the awareness of evil, administering a moral poison which eventually makes it impossible to understand how human life itself can have intrinsic worth or value.

Widespread and widely accepted abortion represents the ultimate triumph of materialism. As applied to human beings, materialism amounts to a denial of soul. For the materialist, there is nothing in us other than springs and cogs; suicide is to relegate oneself to the scrapheap, euthanasia is to release another machine from its poor functioning condition, abortion is the removal of unwanted parts from a machine.

Materialism has always been an ideology, a theory which people have entertained inconsistently with the actual practice of their lives. One would expect the last sanctuary against this absurd theory to be a mother’s experience of bearing and loving her own children. An ivory-tower scientist might try to believe the theory that there is no such thing as reason or personhood or friendship, that we are all nothing but atoms and cells, elaborate heaps of stuff with no intrinsic worth, whereas one would think that a mother holding a helpless and trusting baby to her breast would be far too wise with the wisdom of reality to succumb to a theory so palpably false. Yet for a woman to let the child who is growing in her womb be dismembered and destroyed portends nothing less than the triumph of an absurd and heartless ideology.

This materialism itself is radically inconsistent, as any falsehood must be. It excludes some human beings as “blobs of tissue” but wants to spread the message of humanitarianism, enforce animal rights, and protect rain forests. On what basis? When a pregnant woman is assaulted and her child perishes, the attacker can (in certain places where laws harmonize with common sense) be charged with homicide. If the same pregnant woman chooses to destroy her own child, however, she is permitted to do so, protected, even honored for it.

It is frightening to realize that the human soul can be so poisoned by falsehood that all arguments drawn from nature, from reason, from common sense, become useless. One might as well be talking to a vegetable, as Aristotle said of those who deny the principle of non-contradiction: a thing cannot both be and not be in the same respect and at the same time. Those who claim that a fetus is both a child and not a child, depending on how you look at it, are guilty of speaking nonsense. If it were a matter of speech alone, one might pity them. As it is, they have weapons and wealth, and carry their nonsense into action, bringing sin, death, and nihilism into the world.

Materialism is the worldview that underlies cruelty. Yes, religious idealism can be a weapon in the hands of sinners, but it can also—and this is far more common throughout history—lead men and women to heights of self-sacrificial love. Materialism, on the contrary, is a system that can only be abused, because it only leads downwards, into the pit of utilitarian egoism. There is no possible room for human dignity and human rights in the worldview of a materialist; there are just atoms and void.