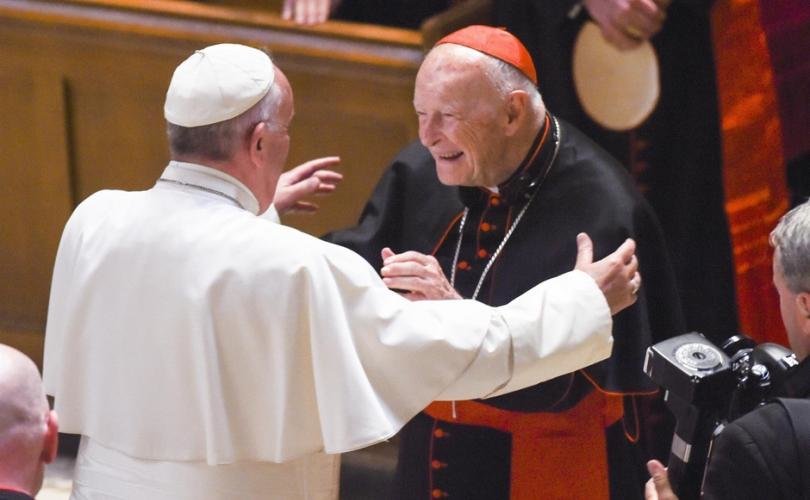 November 9, 2020 (LifeSiteNews) — Tomorrow, the long-awaited McCarrick report will be released. The report itself, which is more than 600 pages long and will have tons of footnotes, has taken years to compile.

Early indications are that it’s going to lay the blame for former Cardinal Theodore McCarrick’s abuse on John Paul II and Pope Benedict instead of on Pope Francis.

But given that Pope Francis is complicit in the McCarrick scandal, an independent report was called for here at the very least.

Indeed, it was Pope Benedict who silenced McCarrick and banned him from traveling when he first heard about the abuse, according to Archbishop Vigano.

And yet, it was Pope Francis who lifted that ban and sought McCarrick out to implement the terrible Vatican-China deal that’s literally destroying the church there.

Last week, I spoke with Dr. Taylor Marshall about how the Vatican is going to roll out the report. We agreed that they’re going to focus on the timeline of McCarrick’s rise to power in an attempt to fault Pope Benedict and John Paul II for his abuse, and to diminish the responsibility Francis has in all of it.

In case you’ve forgotten how McCarrick came to power, let me remind you that he himself said he “found” his vocation to the priesthood in Switzerland, which is the home of the St. Gallen Mafia.

It’s clear that Francis’ henchmen that wrote the McCarrick report are going to focus on this timeline and use it to say, ‘See! Francis can’t be blamed for his abuse. It was John Paul and Benedict who elevated him! If a saint like John Paul can err on such matters, then Pope Francis syrely can as well. The real fault is with those who reign before Francis came to the power in 2013!’

Damian Thompson, associated editor of The Spectator, also thinks the Vatican’s strategy will be to lay blame on Francis’ predecessors

McCarrick report: I’m told strategy will be to blame it all on JPII and Dziwicz, while not telling us what Francis, Farrell, Wuerl, Tobin, Gregory knew.

Buckle up. Tomorrow, all cards will be on the table. God love you.