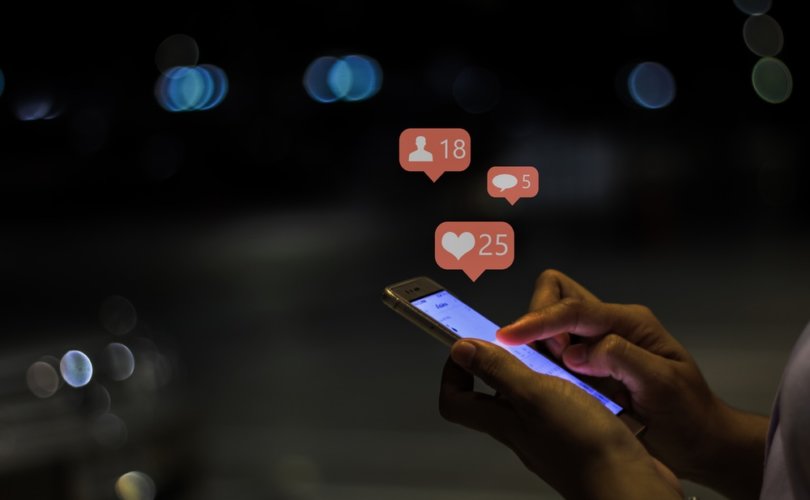 (LifeSiteNews) – Earlier this week, Doug Mainwaring penned an excellent report on the LGBT media’s decision to exploit the 13-year-old daughter of Texas Senator Ted Cruz over posts she made on social media. On TikTok, Caroline Cruz noted that she “really” disagrees with “most of his views,” and her bio lists her pronouns and identifies her as “bi.” When asked by eager social media users what her father thought of her alleged bisexuality, she responded: “I haven’t told him yet, I’m kinda nervous tbh [to be honest] but I don’t think he would be mad about it.”

The LGBT media, of course, took the opportunity to broadcast this as a way of getting at Cruz. The news that a 13-year-old girl disagrees with some of her father’s conservative political views is extremely important only insofar as the media is placing Ted Cruz in an impossible position. He cannot respond to this news, because he cannot debate his barely-teen daughter in the mainstream media. And he certainly cannot talk to her about her decision to identify as “bi” (something that at 13 she cannot possibly know) while under the wolfish stares of LGBT activists eager to pounce – and eager to accuse him of abusing his daughter or being a danger to her wellbeing due to his Christian view of sexuality.

Ted Cruz and his family, in short, have been placed in an impossible position, and his young daughter is simply too young to understand the forces at play, the danger she has created for her family, or the motives of those asking supposedly solicitous questions about her sexuality.

It is nothing new to see the children of prominent politicians disagree with them publicly – Ronald Reagan’s children were famously liberal, and his daughter Patti Davis, to his grief, even posed for Playboy. But they were adults, not children – adults with political opinions of their own and the ability to make their own decisions and mistakes. Caroline Cruz is a little girl, not a bisexual foil to her conservative father. Any sane, well-meaning person should understand that – and back off, now.

There is another extraordinarily important lesson for parents in all of this. By giving children smartphones and access to social media at younger and younger ages, they are giving children the ability to destroy or transform their own lives and the lives of others before they can understand the consequences of what they are doing – and this in an era where decades-old social media posts can cost someone their career at their professional peak. Just a few years ago, Caroline Cruz would not have had the ability to broadcast her views to America to be picked up by LGBT activists and leveled against her father, because she would not have possessed a device that would make such a thing possible.

Caroline Cruz is not the first young girl to use social media in this way, either – Claudia Conway, daughter of Trump administration official Kellyanne Conway and Never Trumper George Conway used social media to condemn her mother and her mother’s politics; spill her family’s alleged dirty laundry; and make allegations against her parents. The media lapped up every detail, eager to expose and exacerbate any family dysfunction in a marriage already strained by public political differences. The media wolves didn’t care if their coverage pitted daughter against mother – they only cared that it made Kellyanne look bad, and that it made for good copy.

Claudia later apologized in a Twitter thread, admitting that she shouldn’t have taken family feuds public where they could be exploited by bad faith actors – and said that she loved her family and always will. I was glad to see it. Politics should never, ever be significant enough to ruin families.

Parents should take note of what political figures like Kellyanne Conway and Ted Cruz have endured for several reasons. First, these devices are tremendously powerful – and children, even most teens, are not mature enough to handle the responsibility. Second, the culture these teens imbibe from social media is transforming them. That’s why Claudia Conway trawled for followers by condemning her mother, and why Caroline Cruz decided to identify as bisexual before she was old enough to know what that really means – because their lives are shaped by the digital world their parents have given them access to. We do not need to give them these technologies. They are dangerous.

Let children be children. Do not give them the means to destroy themselves and their families while they are still just kids. Claudia Conway and Caroline Cruz have given us a glimpse of what happens when we do, and we should realize that it could happen to our families, too.