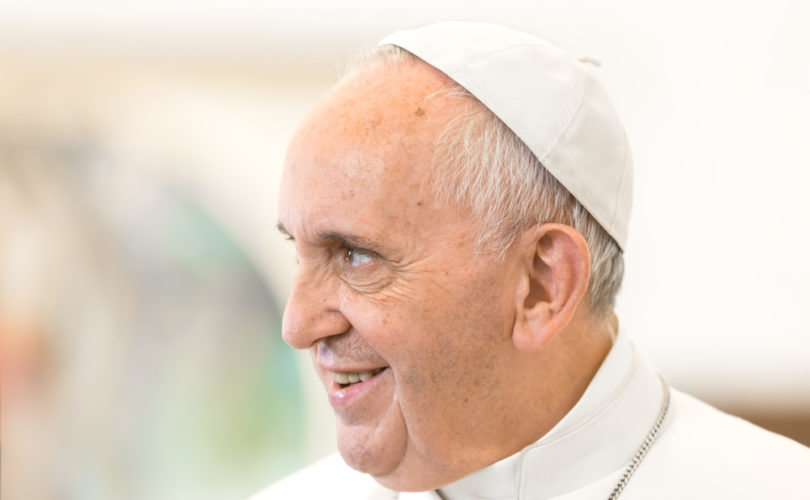 August 20, 2018 (LifeSiteNews) – In the media coverage of “Deathgate”—that is, the Pope’s emendation of the Catechism so that it states that capital punishment is always and everywhere inadmissible, as being contrary to human dignity and the Gospel—many authors have pointed out that if Francis comes to be seen as having authority to change a part of Church teaching that has been stable for millennia, people will naturally expect other parts to fall within the scope of his power. This impression will especially affect moral matters, where modern democratic convictions and social conventions are far removed from Christian teaching.

The Lancet—one of the most prestigious medical journals in the world and second only to the New England Journal of Medicine in global readership—published an editorial in its most recent issue (vol. 392, issue 10147, August 18, 2018, p. 532) that demonstrates how much confusion the Pope is causing by his routine interference with longstanding Catholic teaching. The editorial discusses the recent Argentinean senate vote:

Just a week before the abortion vote, the Vatican reformed its position on the death penalty, declaring it inadmissible in all cases. Thus, Pope Francis seems comfortable changing doctrine based on modernised social norms with regard to the rights of prisoners. But he offers no such accommodation to women’s reproduction.

The author, Richard Horton, who seems highly piqued about the affair, interprets the “reform” of the position on the death penalty to be a significant shift: a change in doctrine “based on modernised social norms with regard to the rights of prisoners.” The author then draws the conclusion that the pope is acting inconsistently by refusing to take into account modern social norms in regard to “women’s reproduction.”

Of course, the argument is fallacious no matter what we make of the change to the Catechism, for the question of the use of capital punishment (not the inherent right to use it) has always been murkier and more controverted than the right to life of the unborn. Believing Catholics have disputed when and where criminals convicted of serious crime should be put to death, but they have never disputed the exceptionless prohibition on killing unborn babies. Thus, the editor of The Lancet is clearly out of his depth when he leaps from a reform in the one area to an “accommodation” in the other.

Nevertheless, what this editorial shows is how easily and, one might say, understandably, a huge number of theologically illiterate people will misinterpret what the Pope has done and invoke it as justification for many other changes that the liberal establishment has long desired of the Church. The manner in which Pope Francis changed the Catechism leads the simple astray, foments confusion within the flock, and transmits a false picture of the Catholic Church and her magisterium. The Pope is compounding the crisis of the West by throwing fuel on an already raging forest-fire of liberalism, in a dereliction of his duty to lead the nations to Christ and consolidate them in the truth of the Faith.

Horton’s editorial makes for a magnificent example of the sheer illogicality, not to say cold cruelty, that reigns in the secular world, where a woman’s “rights and bodily autonomy” are held to warrant an absolute power over the life and death of an unborn baby human—even though the child’s body is certainly not her body! The Catholic Church is reproached for the prevalence of unsafe abortions, when in reality it is the responsibility of governments to prevent all abortions and the responsibility of a network of social organizations to come to the aid of mothers in need.

Richard Horton will, in any case, have to reconcile himself to living with his indignation, since the Catholic Church will never budge an inch on the question of so-called “reproductive rights.” But that he is so frustrated and confused, and that he nurtures false hopes, is squarely the fault of a Jesuit from Argentina whose motto — quoting his own words — seems to be: “Make a mess.”