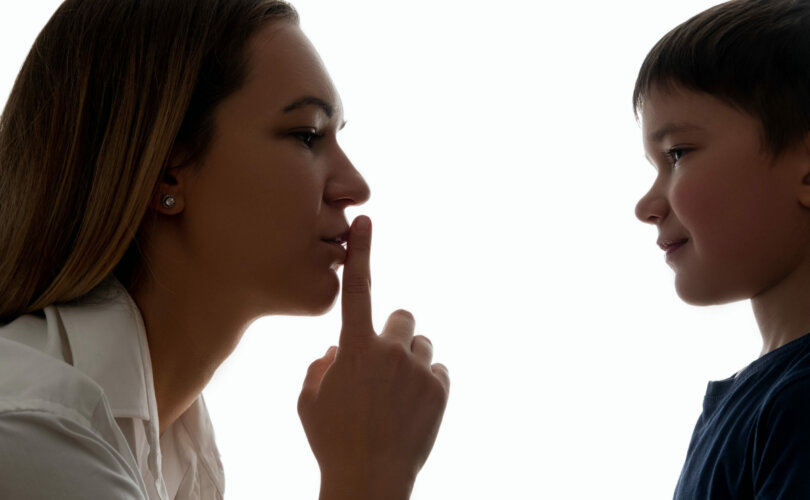 (LifeSiteNews) — The transgender movement’s total takeover of institutions in under a decade has created a decisive split between how different generations see gender. Most parents were not indoctrinated in the tenets of transgender ideology when they went to school; their children, however, face the subject everywhere. Parents are often stunned and horrified to find out that their sons and daughters have been taught that gender is fluid or that their children are attempting to embark on sex changes, facilitated by teachers, counsellors, and medical professionals.

Indeed, trans activists are doing everything they can to simply cut parents out of the picture entirely to ensure no opposition to gender or sexual experimentation. As I reported recently in this space, school staff and students are often expressly forbidden from telling parents if their son or daughter has decided to begin identifying as the opposite sex in school. Trans ideologues are introducing children to these subjects, encouraging experimentation, and then saying: You don’t need to tell your parents about this. We can just keep this between the two of us.

Another recent example exposed by the activist who goes by the Twitter handle Libs of TikTok is a training video from the Medical University of South Carolina that specifically details how to cut parents out of the process or keep them in the dark.

This is a training from @MUSChealth on talking to adolescents about gender.

The doctor makes the parent leave the room so he can have a private conversation with the patient. Then the patient gets to decide if the parent can see their medical records. pic.twitter.com/mnPjyd7iQk

In the video, a doctor is speaking to a young teen. “I want to ask you a question,” he says. “I’m asking all of my teenage patients this. I had your mother step out of the room because what we discuss here is confidential and private. But as your parent, she is able to look at your medical record—whatever we put on there. So what we discuss here, we can just talk about it, and there are certain parts that if you just want me to make a note for myself then I will make that note, but otherwise if it is in your record and if they ask for it they will have access to that.”

In short: It’s just us now. Your mother is gone. There are ways we can hide what we’ll talk about next. And then: “So I want to ask you about your gender identity. Are you comfortable having that conversation right now?” The teen says yes. The doctor: “Okay. Would you say you identify as a boy, girl, transgender, non-binary, or maybe some other gender?”

READ: Not a conspiracy theory: Groomers really do want to sexualize our children

The teen, looking thoughtful: “Actually, I don’t really identify as either a boy or a girl. I know some people look at me and think I’m a boy but it doesn’t really bother me.”

The doctor: “Awesome. I’m glad it doesn’t bother you. That’s really good. So for our system I’m going to go ahead and put ‘other,’ if that’s okay with you, because I feel from what you’re telling me that getting specific about girl, boy, transgender, or non-binary doesn’t fit. Is ‘other’ okay?”

The doctor: “Alright. We can have a further conversation about your gender identity if you’d like, now or maybe at another time, but we can talk about it to kind of help you navigate what that looks like for you.”

The teen: “Okay, that sounds great. It might be different the next time I come and talk to you.”

Aside from the affirmation of gender fluidity—the teen can identify as pretty much anything, and switch identities between doctor’s visits, and that is all apparently completely normal at the Medical University of South Carolina—the video then provides commentary for the trainees to highlight what the doctor did particularly well.

“In this scene, the clinician did several things well,” the video notes. “First, he politely asked the adolescent patient’s parent to leave the room so he can have a private conversation with the patient. Second, he made sure the patient knew that although their conversation is confidential, any information in the medical record could be read by a parent. He also asked the patient for permission to put the information into a medical record. Finally, the clinician was supporting and affirming with the patient.”

There you have it. Transgender ideologues in education and medicine want to talk to children about gender identity. Parents are in the way. The solution? Train your incoming medical professionals on how to keep them in the dark about what is going on with their children—especially if they happen to disagree.