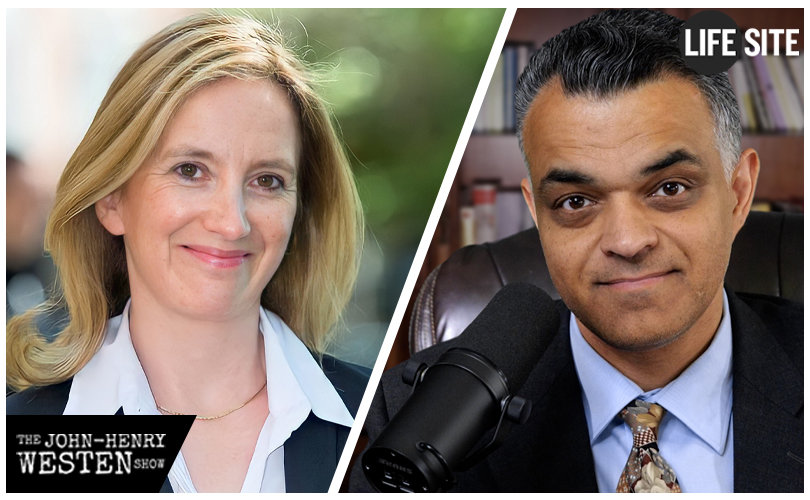 (LifeSiteNews) – Ireland, just like many countries in the world, has had some of the most strict lockdowns and COVID related restrictions. In this episode of The John-Henry Westen Show, I spoke with Gemma O’Doherty, an investigative journalist on-the-ground, who is exposing the growing totalitarian measures, willing to do so even if it means arrest.

O’Doherty detailed to me how the once faithful Catholic country has not only legalized in recent years abortion and so-called same-sex “marriage,” but is now pushing more government control through forced vaccinations and mask mandates. She said that most of the people have complied with these rules due to a relentless campaign by the media.

The journalist pointed out that in terms of the coronavirus “vaccine” data in Ireland, the government’s reporting system, Health Products Regulatory Authority (HPRA), has “admitted that about 70 people here have died” due to the shot, but that number is most likely higher since “nobody is being told about it [HPRA].”

O’Doherty called the propaganda of fear of getting sick with COVID, pushed by the media and government, is part of an unprecedented “global agenda,” to control the people in every country.

This is why she has traveled throughout Ireland on a trailer campaign of her own “to try and wake up the Irish people,” through pointing out the facts of the virus’ high recovery rate and the dangers of the experimental jabs.

But O’Doherty has faced some attacks and push-back for being a leader for truth. She revealed to me that last year she was arrested by a “mafia within a local police force” which she previously investigated and uncovered for corruption. She believes that the governments and police arrested her in “hope that that would stop me from my anti-lockdown work.”

Despite the assaults against her and her brave work, O’Doherty is willing to sacrifice herself for the truth, and to continue saving lives from the horrendous effects of the so-called vaccines and lockdowns. She described this period of time as a “phase of punishment, because it’s the only thing that’s going to bring people back to God.”

O’Doherty mentioned a historical parallel to the events we are going through now. “We now are seeing…with the vaccine, that people who take the vaccine are effectively taking the soup, and the soup was the food that was being offered by our colonizers in return for renouncing our Catholic faith,“ the journalist described.

With the anti-Catholic legalization of abortion and homosexuality in the country in the last decade, she stated that a coming “punishment is going to be severe,” but will ultimately lead to a renewal and “Renaissance” in Ireland.

To learn more about the courageous and counter-cultural work Gemma O’Doherty is doing, including her videos, investigations, and reports visit her site here.